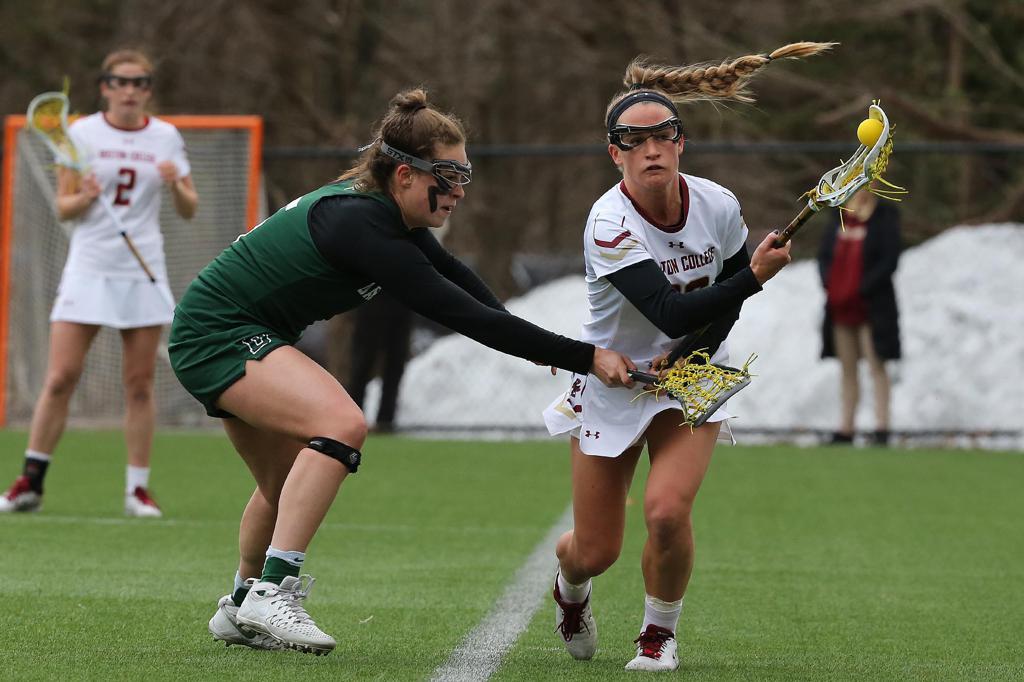 Boston College (4-0) again claimed the number one ranking in the regular season Division I Coaches Poll, capturing all but one first place votes. Maryland (3-0) sits tight in the second spot after winning an overtime thrill against #3 North Carolina (3-1) yesterday. Syracuse (4-1) slides into the fourth position after taking down Northwestern in overtime on Sunday, bumping the Wildcats (3-1) back to number five. The back half of the top ten features two new names, as Virginia (4-0) moves up to #7 and Denver (4-0) follows at eight after an 11-7 defeat of Stony Brook (1-1), who drops to tenth. James Madison (3-1) moves up on spot to sit in sixth, and Penn State (3-0) improves their rank from tenth to eighth.