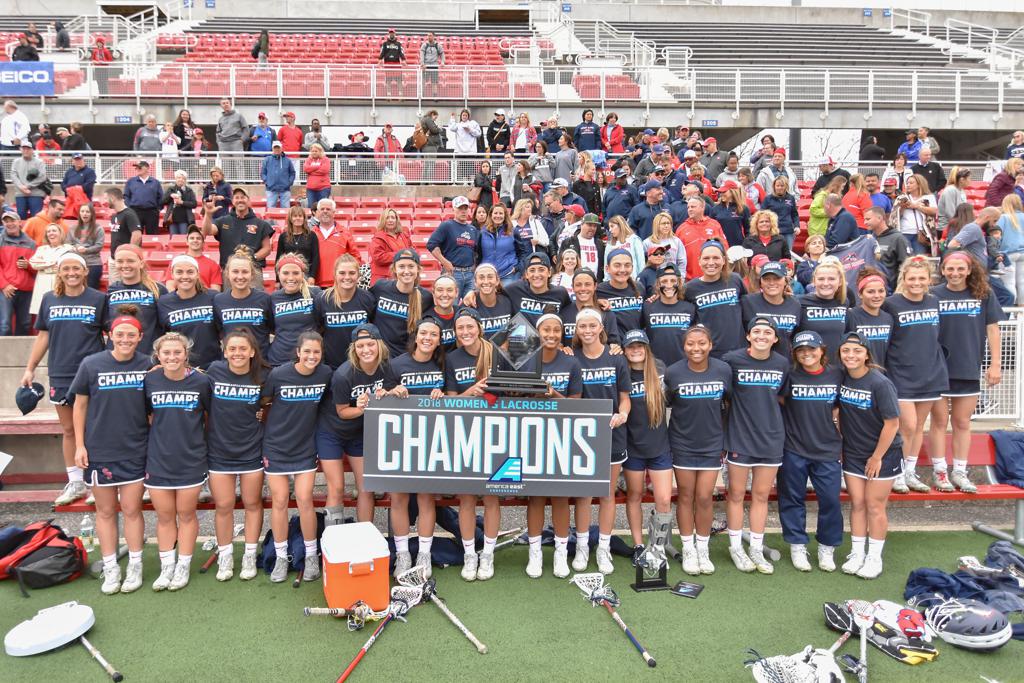 Stony Brook University (19-0) finishes the 2018 regular season as the American East Champions and the top-ranked team in the Division I Coaches Poll with 20 first-place votes. Maryland (18-1) lands in second after winning the Big Ten Championship, North Carolina (15-3), the ACC Champion, is ranked third, Boston College (19-1) sits at number four, and James Madison (18-1), the CAA Champ, rounds out the top five.

Florida (16-3) collected a Big East Championship and sits at number six, followed by Navy (16-3), who jumped into seventh after winning the Patriot League title. Towson (15-4), Northwestern (13-5), and Loyola (15-4), who all lost in their conference championship, but earned at-large bids to the NCAA tournament, round out the top ten. NCAA action gets underway on May 11. View the full bracket HERE.

This is the final regular season coaches poll. The final IWLCA Division III Coaches Poll will be published on May 29, 2018.