Stony Brook Takes Over Top Spot in Division I Poll 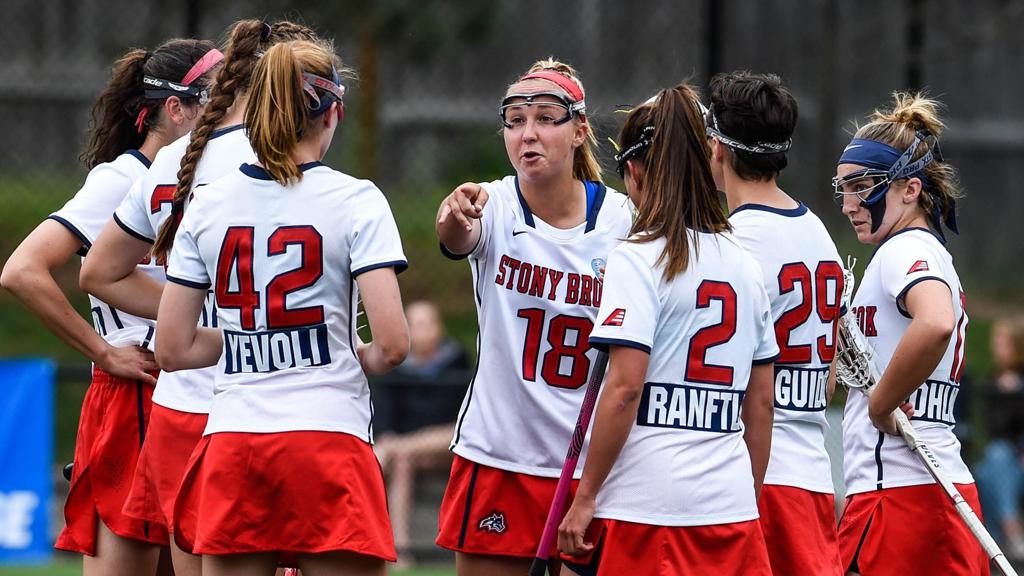 There’s a new number one in the IWLCA Division I Coaches Poll, as Stony Brook University earns its first-ever #1 ranking with 21 first-place votes this week. The Seawolves (3-0) cruised into the top spot after posting a convincing 16-3 win over #21 Denver (3-1) the same weekend that #3 North Carolina (3-1) took down previously top-ranked Maryland in overtime. The Terps (2-1) dropped to the second position in the poll, while Florida (2-1) slipped to fourth after surviving their own overtime battle with #23 Loyola (0-2), and Syracuse (3-0) fell to #5. Boston College (5-0) dropped to the #6 spot, while James Madison claimed the number seven position. Northwestern moved from #15 to #8, Virginia climbed from #16 to #9, and Towson gained a spot to move into the tenth spot.

The 2018 Coaches Poll has been expanded to include 25 teams in all three NCAA Divisions this year in order to more accurately reflect the growth of the game at the collegiate level in recent years. The Coaches Polls are published every Monday during the regular season.