The IWLCA is pleased to announce the Fast Break Players of the Week for April 19, 2017:

Division I Offensive Player of the Week – Alyssa Parrella, Hofstra 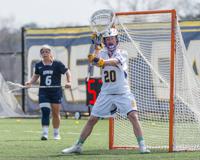 Division I Defensive Player of the Week – Erin Leghart, Albany

Leghart posted 14 saves and a .538 save percentage to lead the Great Danes last week. The freshman netminder also picked up seven ground balls in the two games to earn ranked win over #8 Cornell, and a win against league foe New Hampshire. 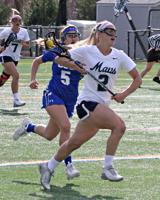 Mercy went 2-0 on the week, and Isnardi contributed ten goals, one assist, and a mind-boggling 26 draw controls to the team effort. The midfielder also chipped in six ground balls as her squad downed Philadelphia and St. Thomas Aquinas.

Petteway tallied 34 saves (.607 save percentage) in goal for ESU in a pair of wins last week, including 22 saves against #10 Mercyhurst. Earlier in the week she recorded 12 saves against Shippensburg. 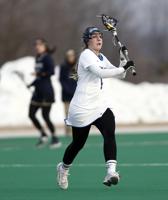 Fritts scored 12 goals on 15 shots over two games as the Mules downed #8 Bowdoin, 18-9, and Williams 15-12. The junior attacker added two ground balls, one draw control, and a caused turnover to the Colby effort.

Two players from each NCAA Division are chosen as the Fast Break Players of the Week and announced during the broadcast of “Fast Break: IWLCA College Lacrosse Weekly” on Lax Sports Network. The show will air at 7:30 pm EDT on Wednesdays throughout the season.