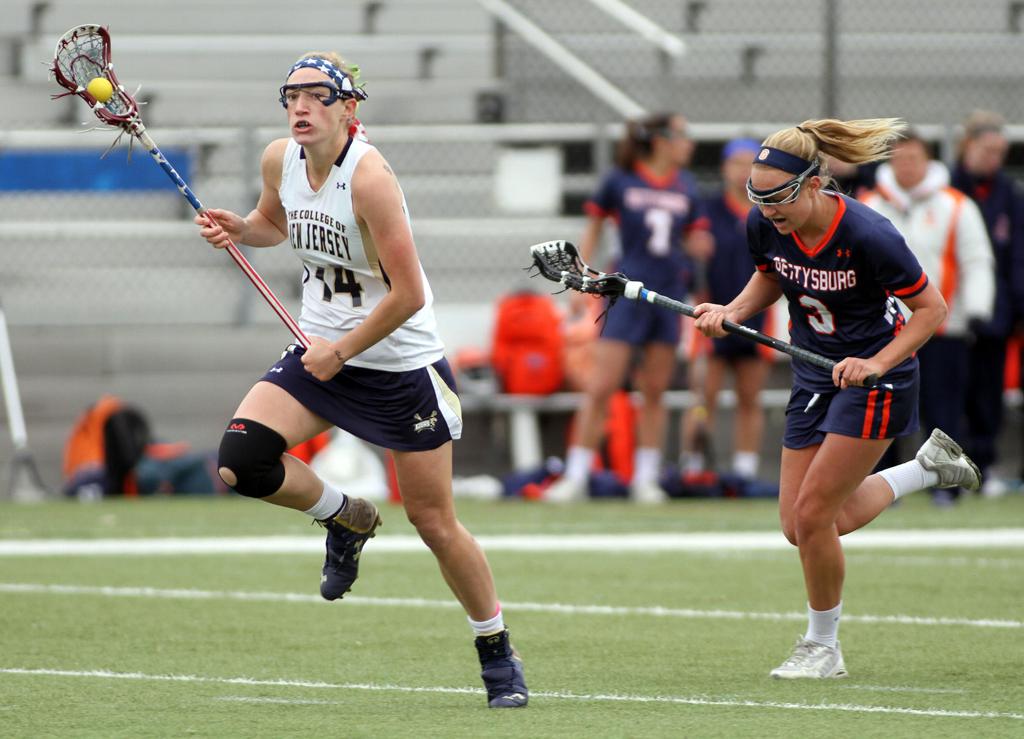 Photo courtesy of The College of New Jersey Sports Information.

The IWLCA Division III Coaches Poll is topped by a different team for the fourth week in a row, as The College of New Jersey (7-1) garnered nine first place votes to land at number one. Washington and Lee (9-1), Gettysburg (10-2), Franklin & Marshall (9-2), and Middlebury (9-2) round out the top five. Trinity, York, and Bowdoin stay put in the sixth through eighth position, and are joined by William Smith, who jumps from #14 to #9, and Messiah, who moves up two spots to settle in at number ten. At the back end of the poll, Tufts (6-4) checks in at #20 after not being ranked in the previous week.

Top twenty action gets underway on Tuesday, when #6 Trinity hosts Wesleyan (RV). The action continues on Wednesday, when #16 Colby pays a visit to #8 Bowdoin, and #7 York hosts Salisbury (#11), and on Thursday as #17 Catholic welcomes #4 Franklin & Marshall to town.  Several teams face a second test this week, as Salisbury faces #1 TCNJ at home, Trinity (#6) squares off against Middlebury (#5), and Bowdoin (#8) visits Wesleyan (RV).

The next regular season poll for the 2017 season will be published on April 17.