The IWLCA is pleased to announce the Fast Break Players of the Week for April 5, 2017:

Division I Offensive Player of the Week – Elizabeth Behrins, Denver

Behrins tallied seven goals and eight points, both career highs, in the #13 ranked Pioneers’ victory over Connecticut last week. She also added two ground balls and a caused turnover to the winning effort.

Division I Defensive Player of the Week – Megan Taylor, Maryland

Taylor was a huge factor in the top-ranked Terrapins 18-8 win over # Florida, recording a career high 20 saves. She followed up that effort with a six save performance in a victory against Michigan, and currently leads Division I with a .603 save percentage. 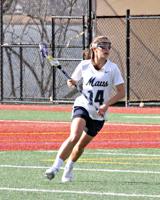 Haines led the Mavericks with 12 points in a 2-0 week. She notched a goal and four assists against Caldwell and added five goals and two assists against Millersville, while also recording her 100th career point. 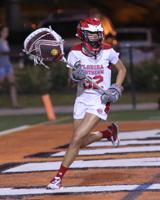 Gillis recorded 17 saves against # Florida Tech to help the #4 Mocs to their 10th straight victory. She also chipped in with three ground balls and two caused turnovers in the 12-11 overtime win.

Bonvini poured in 10 goals in a two-win week for the Mules. Against Drew, she scored six goals and added 10 draw controls. The junior contributed four goals, one ground ball, and three draw controls to the winning cause in an 8-7 upset of top-ranked Gettysburg.

Furber led Middlebury to a 2-1 week, notching 27 saves overall, and posting a .628 save percentage in the three games. She made a career high 13 saves against Amherst, 10 against TCNJ, and four against F&M.

Two players from each NCAA Division are chosen as the Fast Break Players of the Week and announced during the broadcast of “Fast Break: IWLCA College Lacrosse Weekly” on Lax Sports Network. The show will air at 7:30 pm EDT on Wednesdays throughout the season.