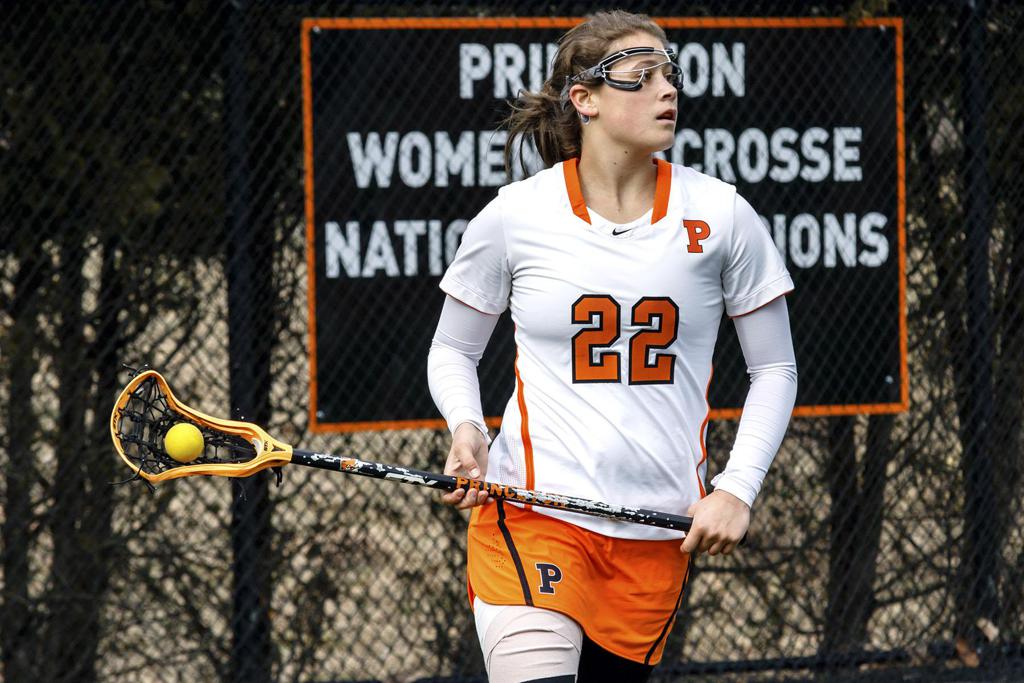 FROM GOPRINCETONTIGERS.COM -- Olivia Hompe, a senior All-America on the Princeton women's lacrosse team, has been named one of 10 students selected to the Princeton University 2017 Scholars in the Nation's Service Initiative (SINSI).

"I am so honored and excited to become part of the SINSI community," Hompe said. "It is a truly incredible opportunity to expand on my work experience in the federal government while also building upon my knowledge in the Woodrow Wilson School."

A native of New Canaan, Conn., Hompe is a Woodrow Wilson School concentrator and a certificate candidate in Near Eastern Studies. Proficient in Arabic, she focuses on security studies in the Middle East and North Africa. In summer 2016, Hompe worked in the intelligence community in Washington, D.C., embedded in a unit that developed both her language and analytical abilities related to the intersection of intelligence and national security. In summer 2015, Hompe interned at Running Start, a nonpartisan nonprofit in Washington, D.C. dedicated to increasing the number of young women involved in politics. She helped coordinate the activities of the nonprofit and served as a mentor to high school girls interested in political careers. An All-American in lacrosse, Hompe serves as a two-time captain of the Princeton women's team, as well as the president of the Varsity Student-Athlete Advisory Committee. She also is a member of the Princeton Women's Mentorship Program, Princeton Students for Gender Equality and volunteers as an Arabic peer tutor.

She is writing her thesis on U.S. Presidential Peacemaking, examining four historical case studies of attempts by Presidents Nixon, Carter, and Clinton to intervene as a third-party mediators and looking at the implications of these successes and failures for President Trump.

"We couldn't be more proud of Olivia Hompe’s, selection for the SINSI Graduate Fellowship," Princeton head coach Chris Sailer said. "Olivia represents the very best of what it means to be a Princeton scholar-athlete. A team captain and All-American performer on the field, she has distinguished herself by her excellence in the classroom and her passion for her academic work in the Woodrow Wilson School. From day one, Olivia has been very focused on her career goals and she's invested fully in her education to prepare herself for a life of work in the nation's service. It's a calling for her, and those of us who know her have great respect for Liv's commitment to making this world a better and safer place."

Established in 2006, SINSI is designed to encourage, support and prepare the nation's top students to pursue careers in the U.S. federal government, in both international and domestic agencies. Through rigorous academic training integrated with work experience, the goal of the highly competitive scholarship program is to provide students with the language and workplace skills needed to succeed in the public policy arena.