The Intercollegiate Women’s Lacrosse Coaches Association (IWLCA) held its 2016 Honors Banquet presented by Nike this evening at Disney’s Coronado Springs Resort. The event is one of the highlights of the IWLCA’s Annual Meetings, providing the membership with the opportunity to honor those that have contributed to the women’s collegiate game during the past year. Liza Kelly, head coach at the University of Denver served as the master of ceremonies for the evening.

"The Honors Banquet is one of the highlights of our Annual Meetings," said Meghan McDonogh, head coach at Catholic University and IWLCA Vice-President. "It is a great evening for us to honor our own members for their incredible achievements during the past year, and it is also an opportunity to reflect on the history of our organization and the many great coaches who have contributed so much to bring us to this point."

The first honorees were those earning Victory Cub recognition for achieving milestone victories during the 2016 season. Ten coaches were recognized for their 100th career victory, while three additional coaches were celebrated for achieving 200 career wins.

The next award was the Team Community Awareness Award, which recognizes outstanding contributions by one team from each division on their campus and in their local community. This year, teams from Manhattan College (Division I), Florida Southern College (Division II), and Christopher Newport University (Division III) were honored.

Karin Brower Corbett (University of Pennsylvania) and Kerstin Kimel (Duke University), co-chairs of the NCAA Division I Legislation committee, were this year’s recipients of the IWLCA Service Award, which honors individuals that have committed themselves to the betterment of the IWLCA during the past year. According to Samantha Ekstrand, IWLCA Legal Counsel, who worked very closely with Corbett and Kimel to propose legislation to slow down the early recruiting process, “The success of formulating this early recruiting proposal and persuading the NCAA DI Council to recommend it for consideration in the '16-'17 legislative cycle is due in large part to the Herculean efforts of Kerstin and Karin. With their joint laser focus, "all-in" approach, and relentless resolve, they drove this issue to the forefront of the college sports agenda. Now, everyone is talking about early recruiting. Their leadership on this committee has made women's lacrosse a leader nationally. We are grateful for and proud of their service to the IWLCA and the greater lacrosse community.” Along with the early recruiting proposals, Corbett and Kimel also worked to submit proposals to amend the “dates of competition” rule and create a universal start date for practice and competition for women’s lacrosse. These proposals will be voted on during the early spring of 2017. The NCAA Division I Legislation committee also a revised recruiting calendar proposal that was adopted as of August 1, 2016. 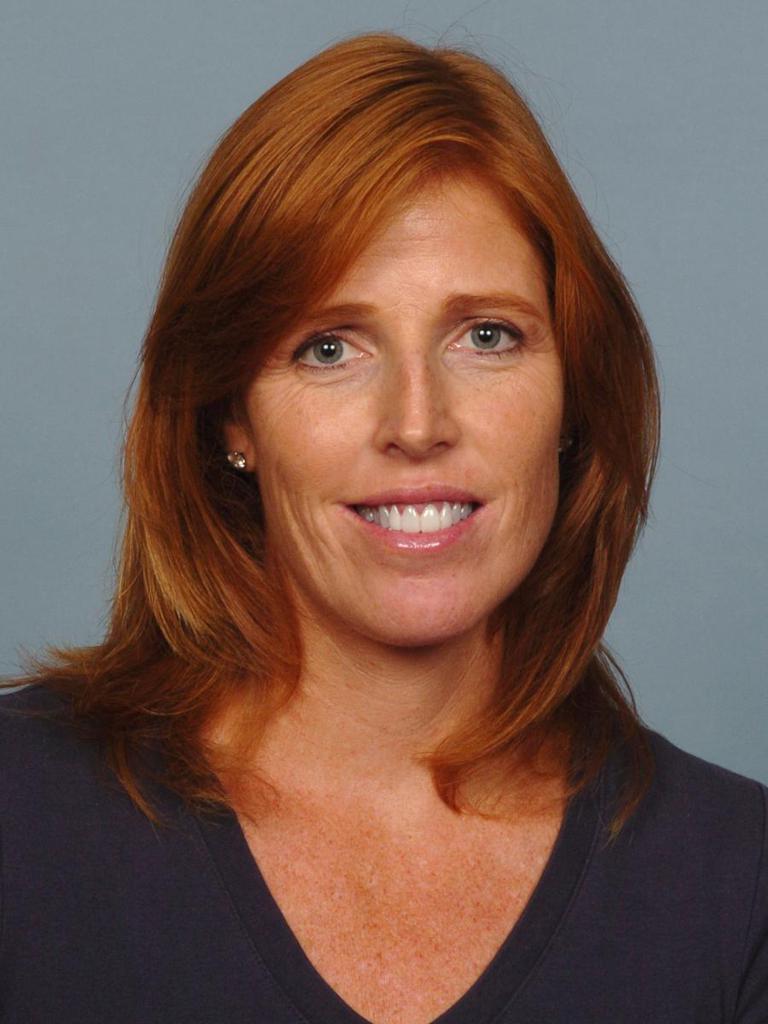 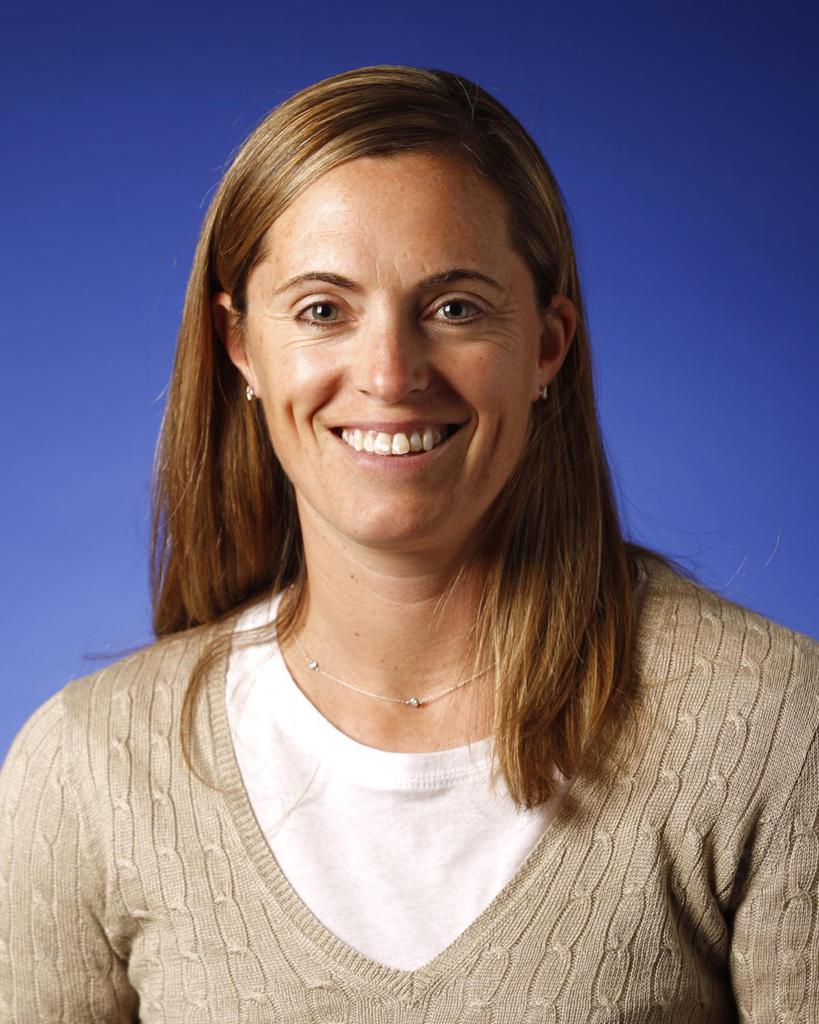 The IWLCA President’s Cup Award recognizes an individual who has worked to promote, develop, and enhance the the intercollegiate women’s lacrosse game during the past year. Alicia Groveston, head coach at Grand Valley State University, who also serves as the IWLCA President, has been a leader in renewing the strategic partnership between the IWLCA and US Lacrosse. Rachel Dell, IWLCA Secretary and head coach at John Carrol University, said "Alicia has tremendous passion for growing the collegiate women's lacrosse game and she has worked tirelessly this past year to enhance our visibility and strengthen our ties to the larger lacrosse community. She has initiated various and far-reaching projects that have spurred the growth of the game at all levels and will have a positive impact on the sport for years. Alicia's commitment to our mission is demonstrated by the IWLCA's support of the United Women's Lacrosse League, the proposed NCAA legislation to curb early recruiting, the continued support of the Collegiate Women's Lacrosse Officials Association, and the dedication of the IWLCA Building at the US Lacrosse headquarters."

The final award of the evening is the IWLCA’s highest honor, the Diane Geppi-Aikens Memorial Award. The award is named in honor of the legendary Loyola coach whose courageous battle with cancer inspired the nation, and recognizes lifetime achievement to the women’s college game. Gettysburg College head coach Carol Cantele was presented with the award by her longtime assistant, Barb Jordan. Cantele has been the head coach at Gettysburg College since 1993. She ranks fifth in NCAA history with a career record of 381-125 (.753). Cantele’s Gettysburg squad won the 2011 NCAA Division III Championship and during her career she has led her teams to the NCAA Tournament 16 times, while also advancing to the national semifinals five times in the last 11 years. 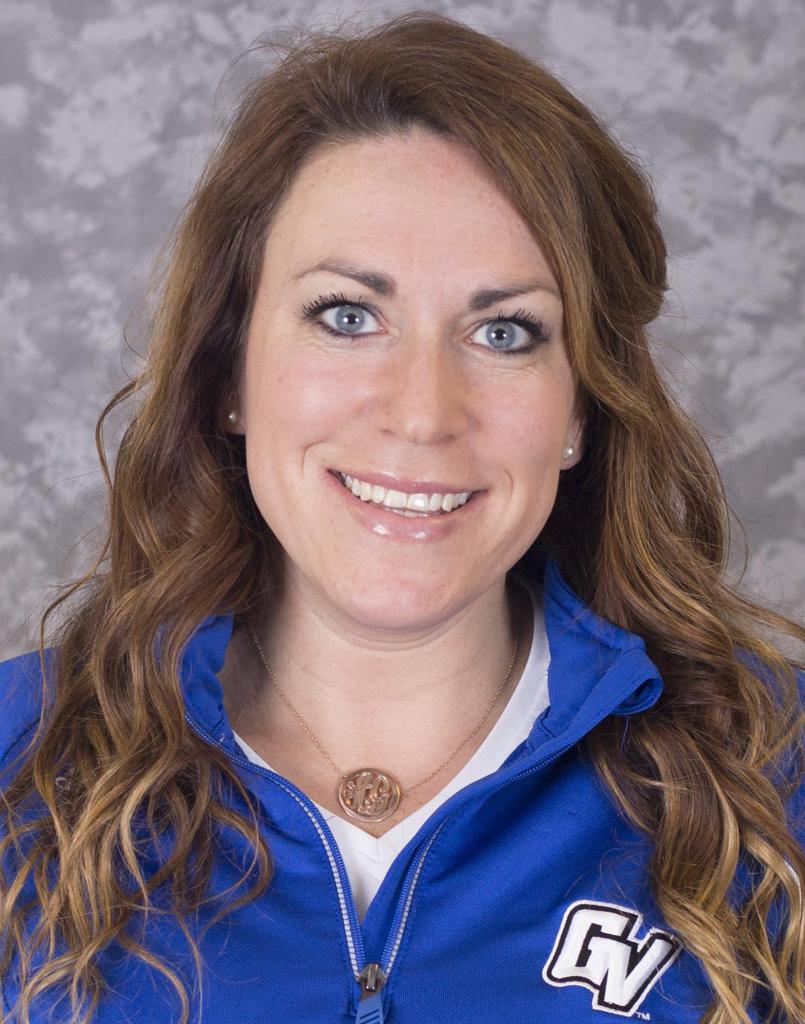 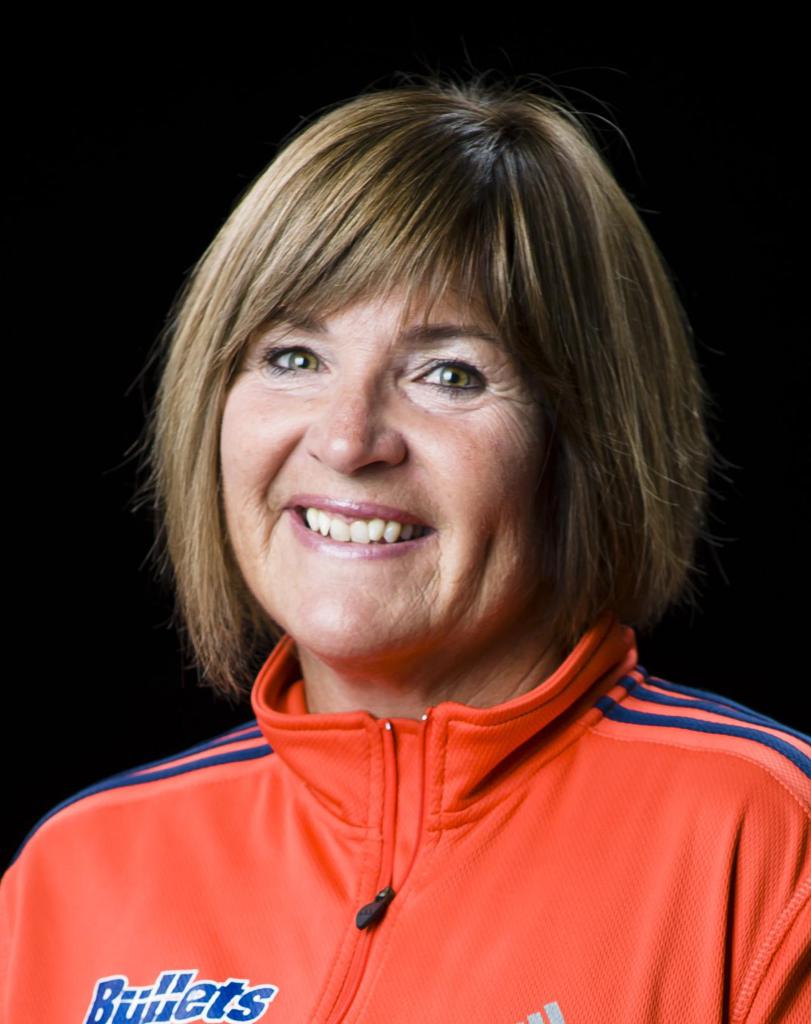 Cantele is a two-time IWLCA Division III Coach of the Year (2006 & 2011). She also serves as an Assistant Director of Athletics at Gettysburg and was presented with the 2009 Judith Sweet Commitment Award by the National Association of Collegiate Women Athletics Administrators (NACWAA), given to those individuals who have provided outstanding leadership and commitment to colleagues and student-athletes in intercollegiate athletics. During her career she served on the IWLCA’s All-American, Communications, and RSGA committees, been a US National Teams coach, and on the NCAA DIII Lacrosse committee.

“What an honor to be named this year’s recipient of the Diane Geppi-Aikens Lifetime Achievement Award,” Cantele said. “Diane was one of the first area coaches that I met when I began my coaching stint at Gettysburg College. I worked one of her camps and found her to be welcoming, spirited, inclusive and passionate about the game and the people playing it. Her energy was contagious and her ‘Yes, you can’ mindset inspired all those she touched. Her lessons from those camp days remain with me and likely with all those who had the pleasure to coach alongside her. I am truly humbled to receive this award in her name.” 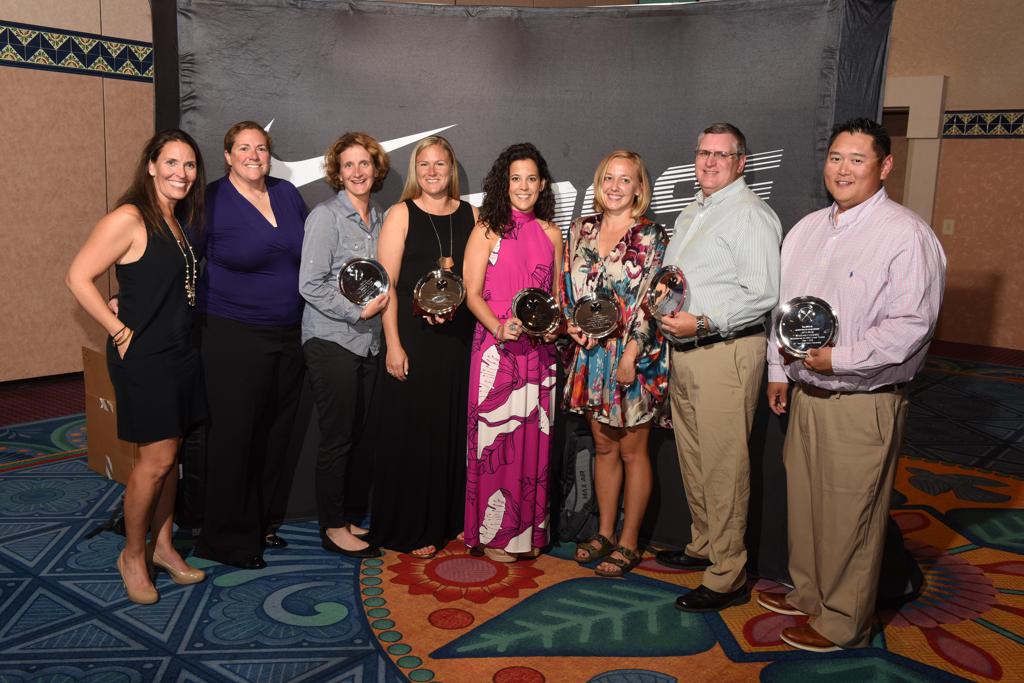 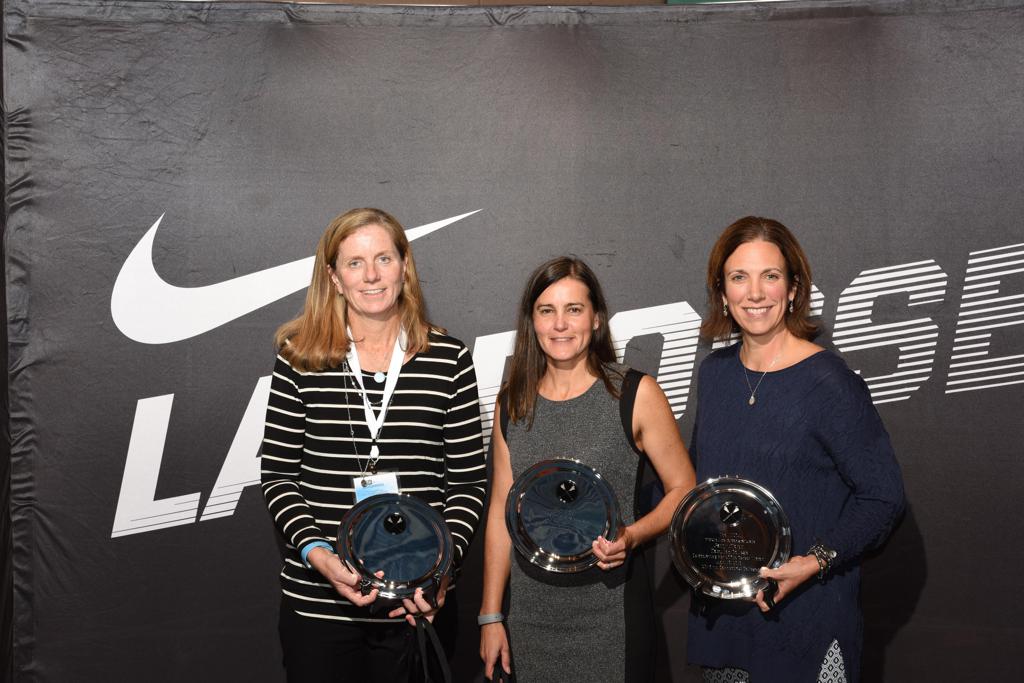 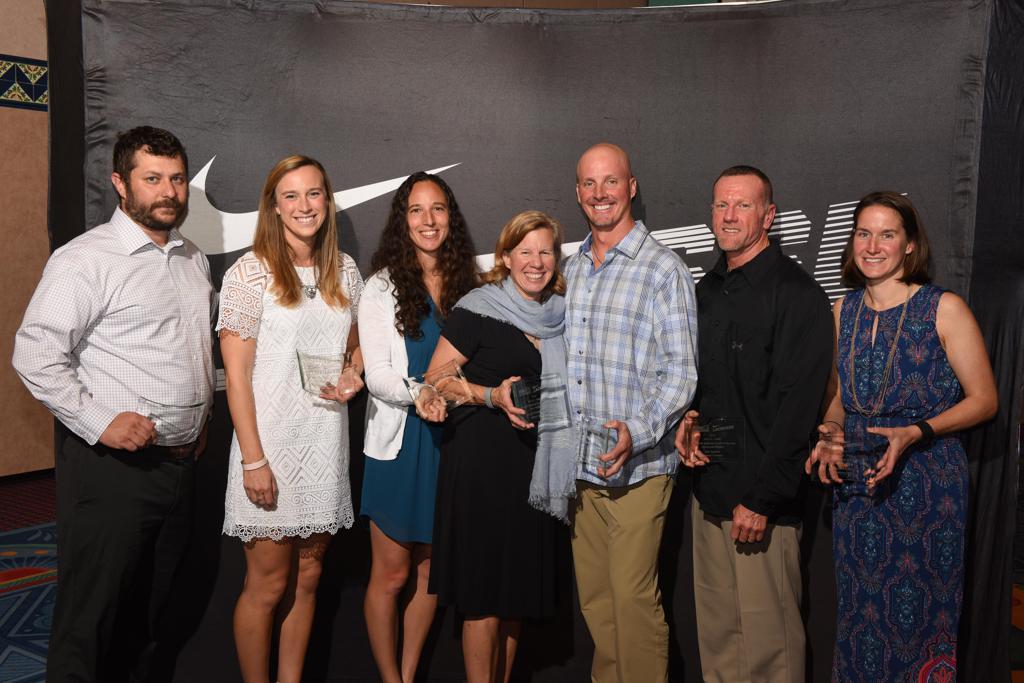 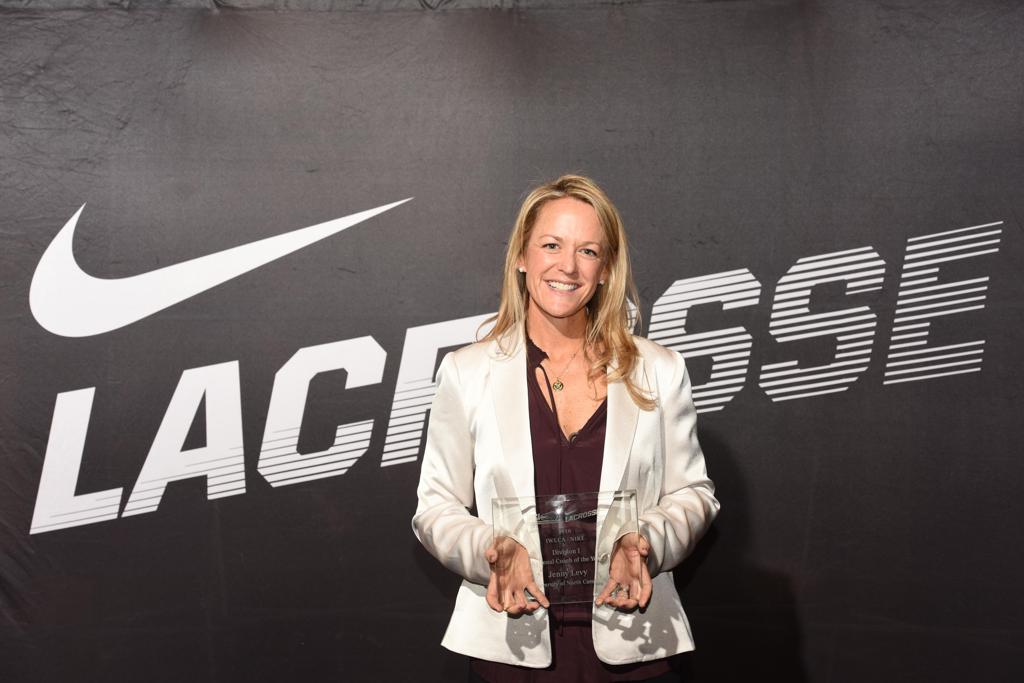 Division I Coach of the Year, Jenny Levy, North Carolina 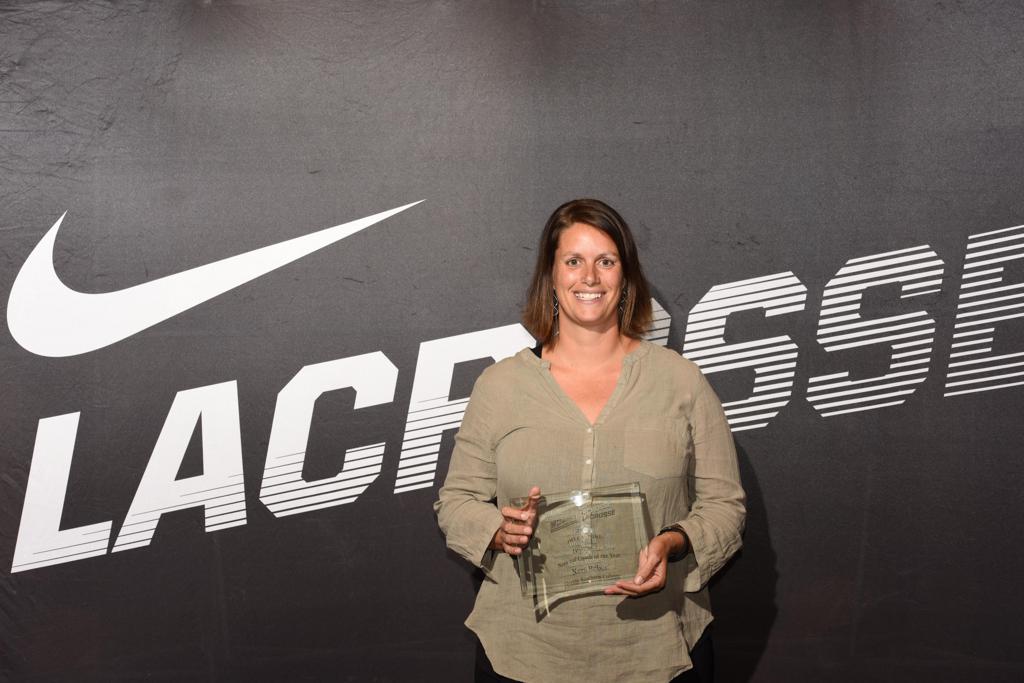 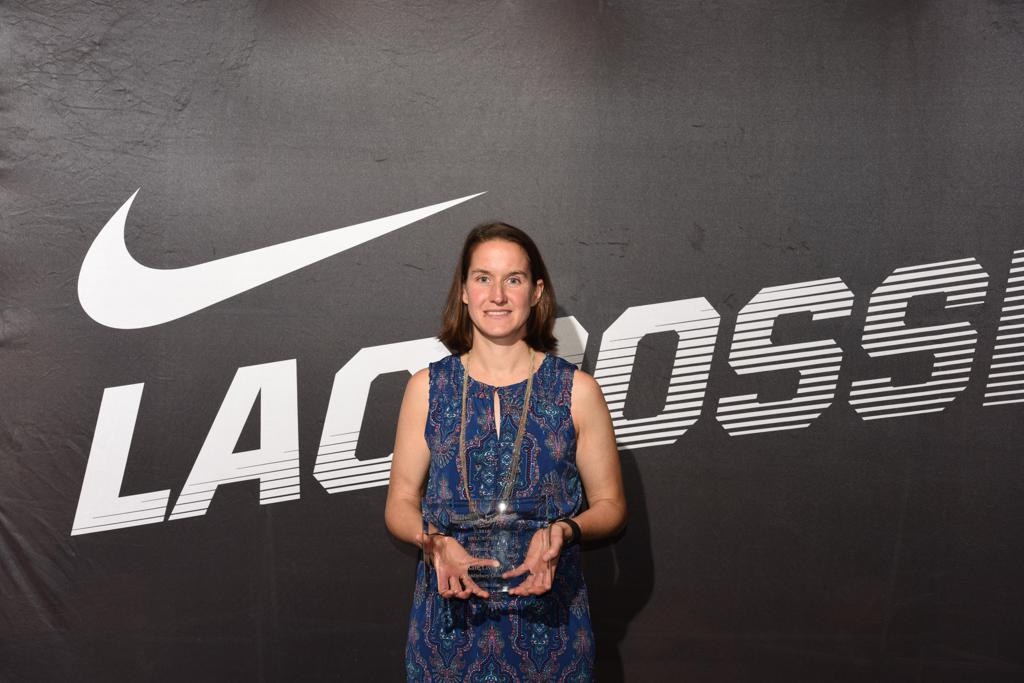 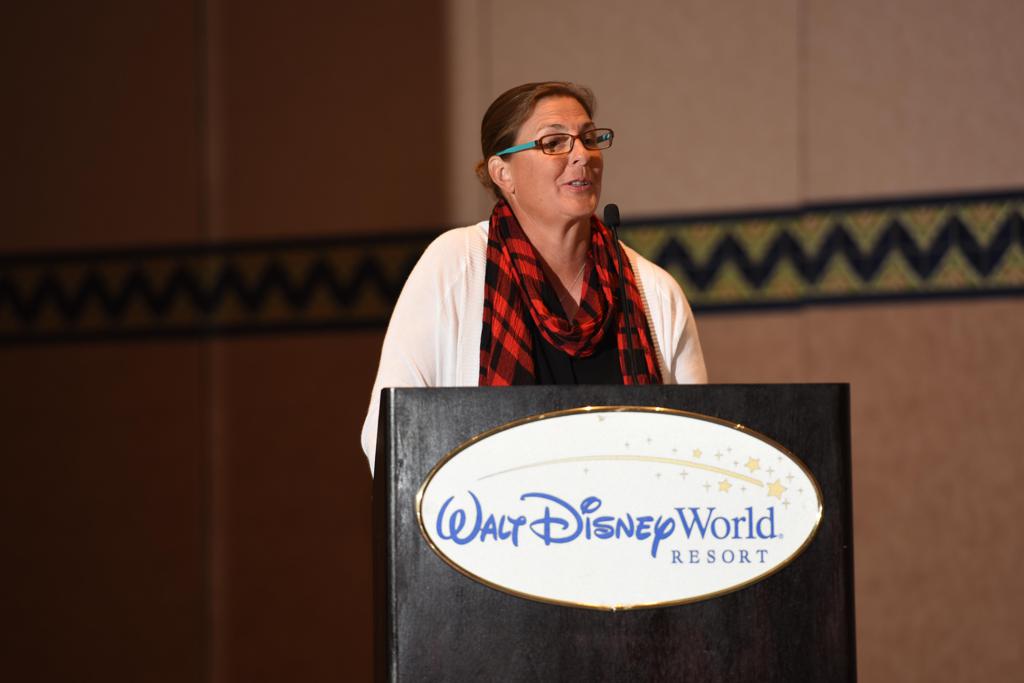 Division I Assistant Coach of the Year, Suzie Friedrich, Cornell 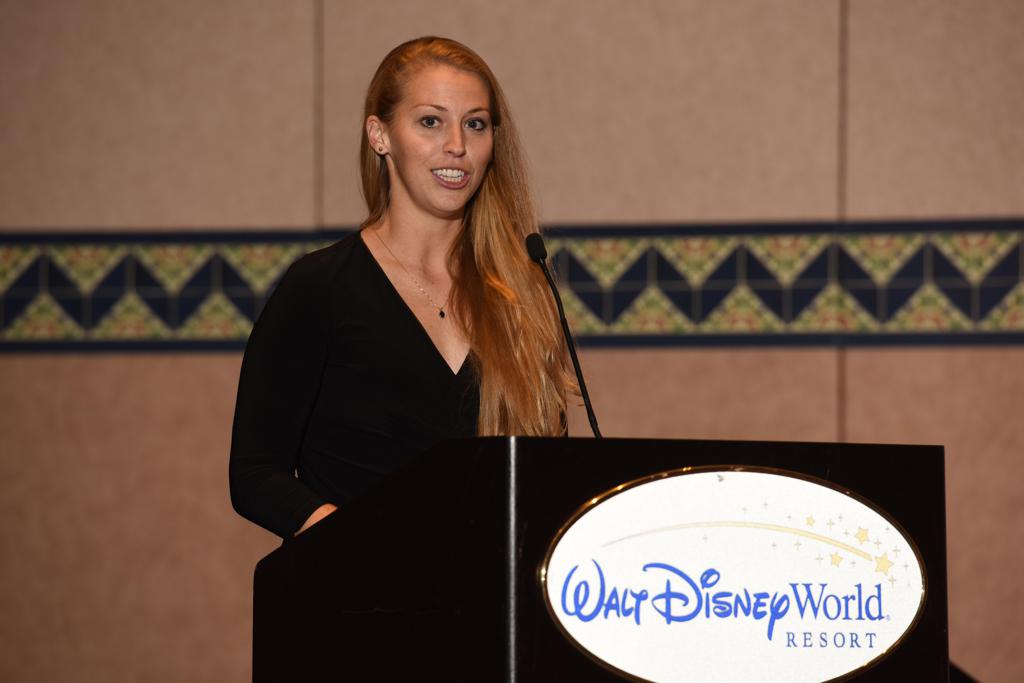 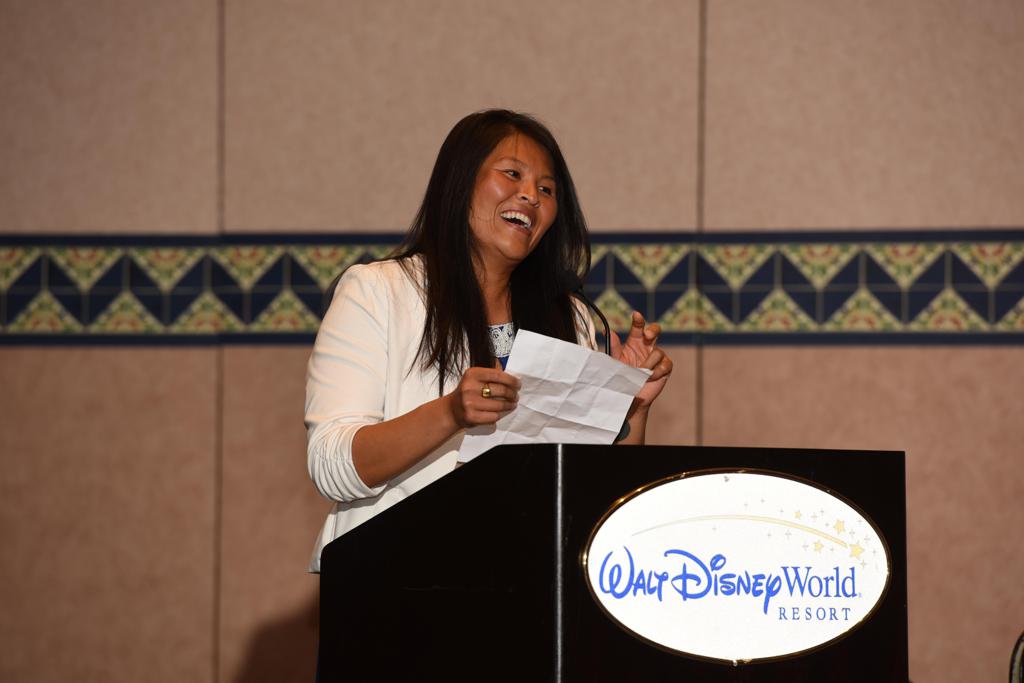 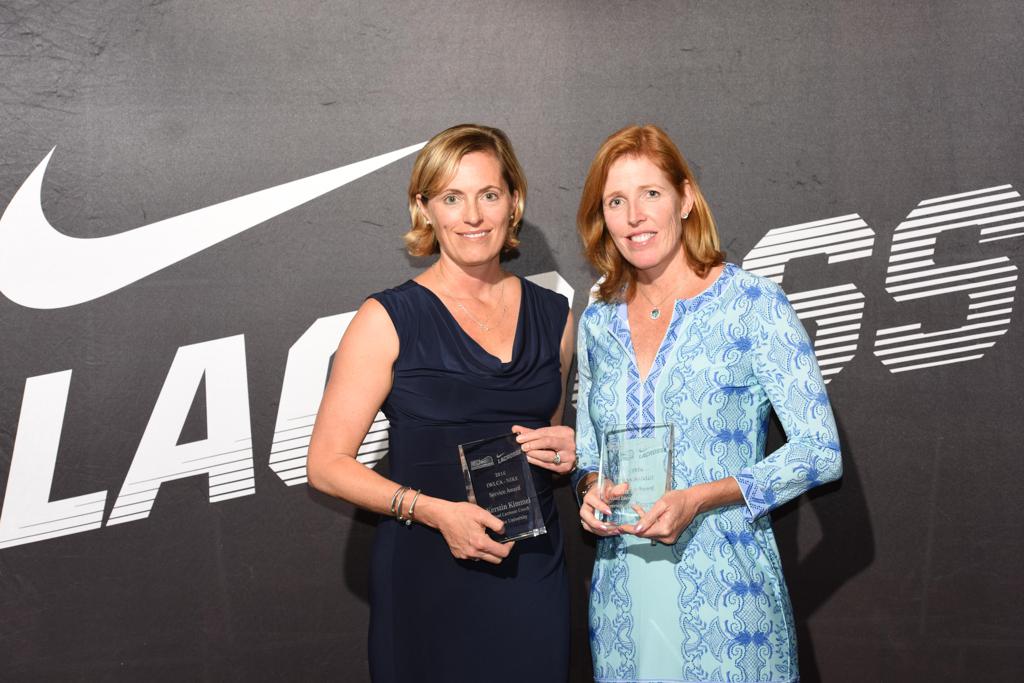 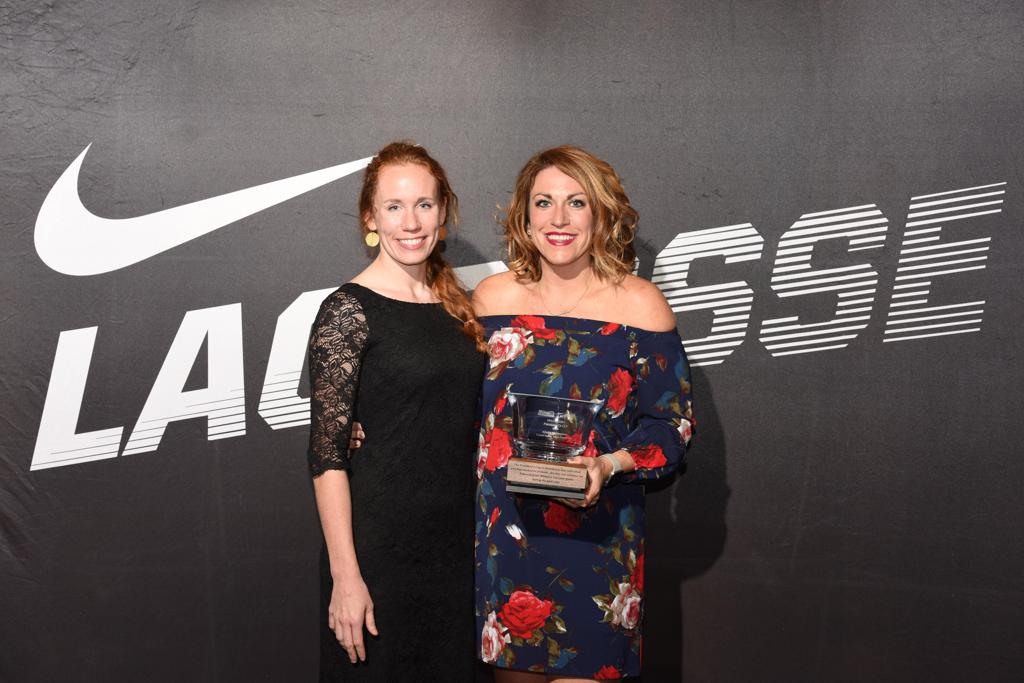 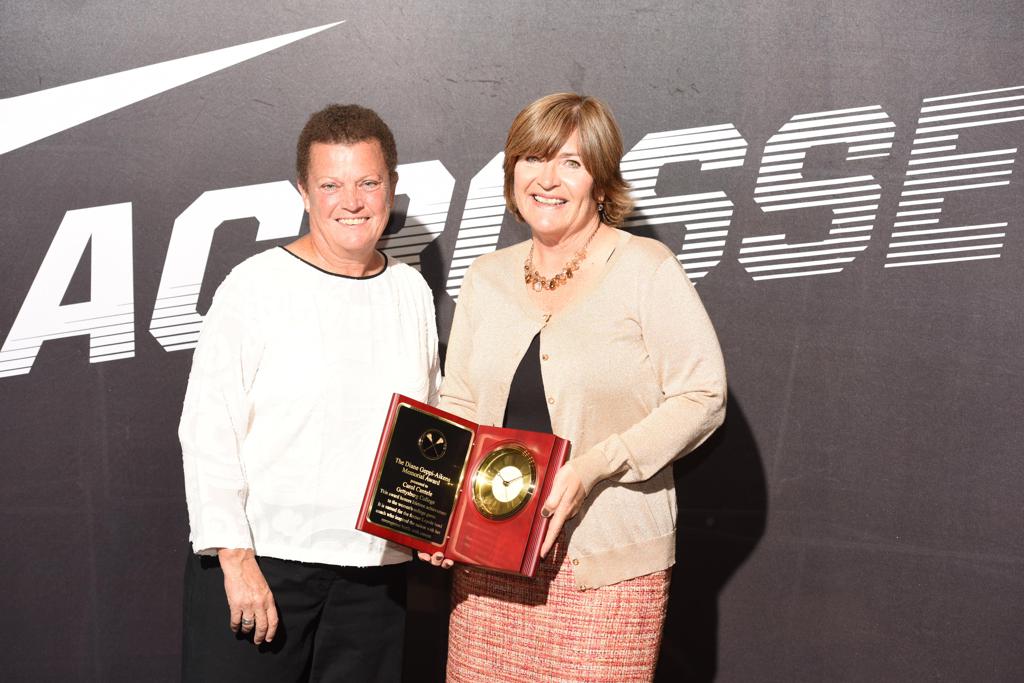