The NCAA Division I Women's Lacrosse Committee announced that they have chosen Gillette Stadium in Foxboro as the site for the 2017 Championship, and the University of Massachusetts, Amherst, as the host. The Division I Championship had originally been awarded to Cary, NC, but the NCAA Board of Directors made a decision in September to move seven championship events from the state of North Carolina due to "cumulative actions taken by the state concerning civil rights protections," according to the press release announcing the new sites.

IWLCA President Alicia Groveston, the head coach at Grand Valley State University, was excited about the decision, saying "Congratulations to Foxboro and UMass! We are looking forward to watching another high powered, hotly contested championship tournament. The opportunity to play at such an amazing venue will provide an incredible experience for our players, coaches and fans! See you in May!" Groveston also expressed appreciation for the other institutions that submitted bids. "It was great to see the support from the member institutions that submitted bids to host. Johns Hopkins, Coastal Carolina, Stony Brook, and Kenesaw State should all be commended for their willingness to offer the Division I Championship a home."

The reaction from Division I coaches has been very positive. University of Pennsylvania Associate Head Coach Melissa Lehman said, "I am thrilled at the announcement of Foxboro as the site of this year's NCAA Division I Championship. The desire shown by UMass to host our championship shows their passion for women’s lacrosse, and I cannot wait for another exciting Memorial Day Weekend in 2017!"

Katie Woods, the head coach at the University of Connecticut added, "I’m happy that the NCAA has seen the situation in North Carolina as an issue and has decided to take a stand. Even though it’s a short turnaround time before the 2017 Championship, it’s great to see that there was strong interest in hosting our championship. It will be fun to have the Championship in New England for 2017, and I am sure that University of Massachusetts, Amherst, and the staff at Gillette will do an outstanding job." 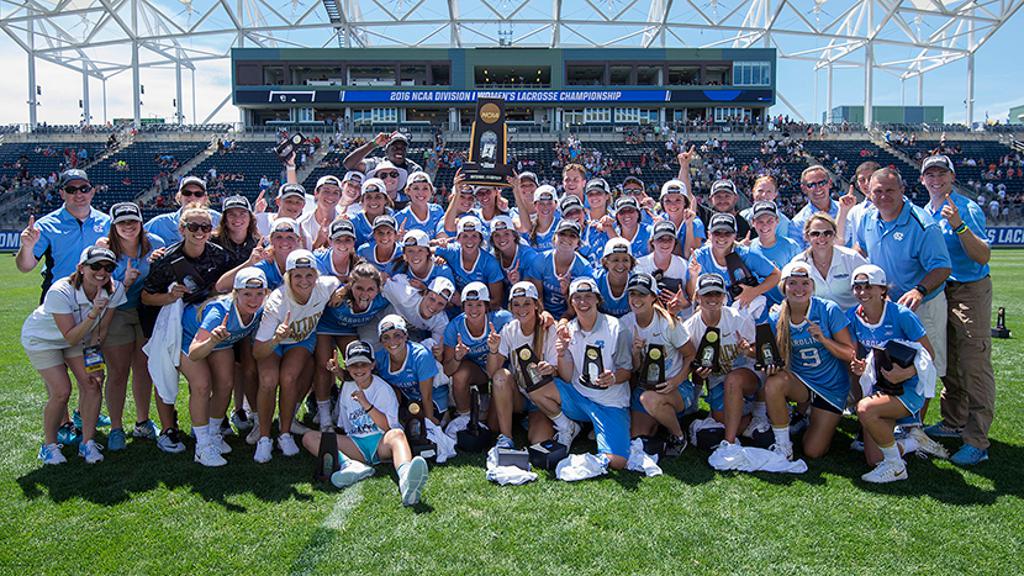 The University of North Carolina won the 2016 Division I Championship. Photo courtesy of UNC Athletic Communications