The inaugural season of the United Women’s Lacrosse League (UWLX) winds up with the League Championship being contested in Baltimore this weekend. The Long Island Sound finished the regular season 6-2, earning the top seed for the tournament, and will square off against the Philadelphia Force (2-6). The second seeded Boston Storm (5-3) will take on the Baltimore Ride, who finished the season at 3-5. Full Championship details are available here.

There are a total of 45 IWLCA member coaches involved in all aspects of the league: There were 23 IWLCA member coaches selected in the first league draft in April, and several more are participating as players after being selected in the supplemental draft camp in May, while some are serving as coaches or in managerial roles in the first women’s professional lacrosse league. By the sheer fact of its existence, UWLX can be deemed a success… but one look at the faces of the young girls who have watched the pro games tells you exactly how impactful the league truly is.

According to Kate Livesay, head coach at Middlebury College and assistant coach for the Boston Storm, UWLX “appeals to all types of fans, especially the young girls out there who are just learning to play lacrosse. It’s been really cool to see all the young fans waiting after the game for an autograph from their favorite player.” The stands at UWLX games are peppered with girls and young women, many wearing league apparel, including replica jerseys for their favorite players.

“The best "perk" of being a professional athlete is being a lacrosse player that young lacrosse players look up to,” said Erin Slifer, assistant coach at Fairfield University and a midfielder for the Storm. “Being able to inspire the younger generation is what this league is all about and I am extremely grateful that I had the opportunity to participate in the inaugural season and to grow the game.”

One of the biggest attraction the professional league offers is the different playing rules they have had the freedom to experiment with. Slifer explained that “the new changes, such as free movement on the whistle, create a very natural flow to the game with few stoppages. I have loved playing with the new rules and I think they are a big part of why fans come to watch.”

She is not alone in her appreciation of the fan support and opportunity to play at this level. Dana Dobbie, attacker for the Baltimore Ride and assistant coach at Loyola University, added that “personally, my favorite rule change has been the free movement, it actually cleans the game up from whistles and minor fouls by just allowing us to clear lanes and create space.” Dobbie has emerged into one of the league’s top scorers, leading all players in points with 26, on the strength of 16 goals and 10 assists. Her secret to success? “I think my box lacrosse background has really prepared me for these rule changes,” Dobbie said.

Livesay agrees that the free movement rule is a winner, saying “it makes the game so much more seamless and then the self-start is completely natural. Advantages are still in play for the team that is fouled but the awkwardness of reacting to another player self-starting is solved with this rule. It makes the game so much faster and exciting.” She also also appreciates some of the other rules that UWLX has implemented to make the game more fan-friendly.

“Six players in the settled end is awesome. I really love this rule! It allows for more athletic play and more opportunities to score,” Livesay explained. “The defense doesn’t feel as exposed at you would think and it addresses the crowding and clogging that often happens on the offensive end. I will say, you feel pretty exposed on player-down scenarios though. 6 v 5 definitely offers a huge advantage when you consider that defenders have to account for shooting space and 3-seconds.”

Many in the lacrosse community have viewed the professional game as an opportunity to experiment with rules that may eventually trickle down to the college game. Because so many college coaches are playing or coaching with UWLX this summer, the discussions about the future of the game have been robust. Alicia Groveston, IWLCA President and head coach at Grand Valley State University, said “watching UWLX is like taking a peek into the future possibilities of our game. The new rules and speed of the game have sparked discussions about how our game can improve and become more accessible.”

Groveston is also a member of the NCAA women’s lacrosse rules committee, which took a big step forward last year when they adopted a possession (shot) clock rule. After seeing the rule in play during UWLX games, Livesay thinks the adoption in the college game will be a welcome change. “The shot clock – which is obviously on the horizon for collegiate lacrosse – is great. It affects the game very little and forces the action when an attack is stagnant. I think it will be a very positive addition to our game.”

The Best of Both Busy Worlds

Despite the excitement of playing by different rules, participating in the inaugural season for professional women’s lacrosse has presented some challenges for those who are actively coaching. Northwestern assistant coach Danielle Spencer, who plays attack and midfield for the Storm, explained the difficulty of juggling dual responsibilities. “The hardest part about playing professionally while being a full time coach is finding time to keep my lacrosse skills sharp. Staying in shape is relatively easy to do anywhere if you are committed to it, but finding the space to shoot, play wall ball, take draws, and work on other skills is sometime is a challenge when I am on the road recruiting and staying in hotels.” Dobbie agreed, adding that “the biggest challenge is all the logistics, planning the travel and figuring out how to be two places at once. It's not easy being outside all day recruiting and then having to switch over to player mode but it's absolutely worth it.”

The fun the players have while they are playing is evident in their smiles on the field and the natural comradery on display. Livesay captured what makes the league so special, saying “there is a wonderful mix of intensity and fun to this league. Every team out there wants to win, there is no question about that, but I think we all realize that we have to enjoy this opportunity to play. We don’t train together all week or all year, as most college teams do, so there is a nice looseness to the play. It’s a showcase of talent that you just don’t see at the college level when there is the added pressure of competing for NCAA bids or conference championships. So I’ve really loved that aspect of the pro game; the looseness and willingness to push the limit!”

According to Slifer, there is another difference between the collegiate game and the pro game. “It comes down to the amount of amazing talent that steps on the field every game. Every single person on the field has the ability to score, play lock down one-on-one defense and hustle on every play. The UWLX players are the most competitive players I have ever played against, which is what makes the games so exciting to watch.” She added that Dobbie, the Ride’s offensive leader, is among the top talents competing this season. “The hardest player to defend in the league would have to be Dana Dobbie. She has the best stick skills in the league and you never know where she is going to release the ball from. She always manages to get open in the middle of the eight and finish with a behind the back, or between the legs shot. She definitely makes the games exciting to watch.”

The players on the four league teams have a keen understanding of how historic this season has been and have very high hopes for the league’s future. Dobbie was able to pinpoint when she realized the dream of turning “pro” was now her reality. “The moment it hit me that I am now a professional athlete was at Lehigh University in May for the UWLX opening weekend. The stands were packed, and when everyone stood up and paused to pay respect to the national anthem, that is when it really hit me.”

There is no doubt that the talent level in the league is unparalleled, with several recent college graduates like Kayla Treanor (Syracuse), Taylor Cummings (Maryland), and Kara Mupo (Northwestern), blending in with veteran players like Dobbie, Spencer, Katrina Dowd, and Devon Wills, who have all competed internationally and all happen to be actively coaching collegiately. According to Spencer, “being a college coach has absolutely made me a better player. It has made me a smarter player all over the field, and a better communicator to my teammates and coaches.” Groveston thinks the level of play at UWLX games will spark interest in the sport among younger players. “These greats of the game have made a whole new generation of laxers dream of one day playing on a UWLX team!”

Livesay was very enthusiastic about the level of play she sees every game, saying “these players can do it all and it makes for some amazing plays on the field. It also means that any day any one person can be the difference maker. It’s really fun to watch different people step up based on the match ups that day. The product that the teams are putting out on the field when they play is tremendous. The goal scoring is fantastic, the goalie saves are tremendous, the defensive checks are incredible; it’s so fun to watch. If you have never seen the game before and this is your first exposure, you will be a fan for life. If you are a die-hard women’s laxer, this league will fuel your passion for the game even more.”

The Future of the UWLX
Dobbie has been very happy with the reception and support that United Women’s Lacrosse has received. “The buzz around this league from the lacrosse community has been so incredible and everyone has been so supportive of its mission,” said Dobbie. “I believe the UWLX will help attract multi-sport athletes to lacrosse. Now that we have somewhere to play post college it gives more of a future to our athletes.”

So where does the league go from here? “In ten years I see this UWLX league fully established with more teams, more games, more TV coverage, and a wider fan base,” said Spencer. “Women’s lacrosse is the fastest growing sport in the country and it is so much fun to watch, I have no doubt that women’s professional lacrosse has a bright future and I am so proud to be a part of the inaugural year.” Livesay echoed that sentiment. “There is no doubt that having a women’s lacrosse professional league will grow the sport. This is a very exciting moment for our sport. We should all do our best to support it and make it last!” 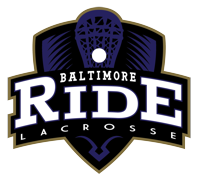 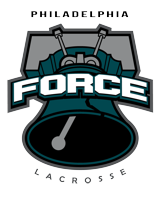