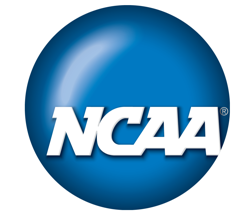 FOR IMMEDIATE RELEASE – The IWLCA was pleased to learn that the NCAA DI Council recommended the early recruiting proposal for the 2016-17 NCAA legislative cycle. This proposal seeks to push all recruiting contact with prospective student-athletes (“PSAs”) back to September 1st junior year. All recruiting contact includes incoming and outgoing telephone calls, unofficial visits and correspondence between coaches, PSAs and their families. Camps and instructional clinics are still allowed under this proposal, following the current DI recruiting calendar.

The IWLCA submitted this proposal to the NCAA Student Athlete Experience Committee (“SAEC”) in the fall of 2015, where that group and a sport-specific subcommittee reviewed the components of the proposal. After surveying other sports and several discussions, both the SAEC and its subcommittee elected to divide the proposal: voting yes on unofficial visits and off campus contact, but not any restrictions on incoming telephone calls to coaches. Coaches and proponents of stemming the tide of early recruiting viewed this phone call exception as a backdoor that would defeat the purpose of this initiative. In its last meeting in June, the DI Council decided to support the entire proposal, including incoming telephone calls.

The recent trend of verbally committing younger PSAs, even some who have not yet entered high school, to college has raised concerns among coaches, school administrators, admissions officers, and faculty at both the college and high school levels, as well as the lacrosse community. The NCAA is the only institution with national regulating and enforcement authority to address this issue. Both the Division I women’s and men’s college coaches voted in favor of this proposal by an overwhelming majority.

Kerstin Kimel, head coach at Duke University, and one of the coaches who have spearheaded this early recruiting initiative, commented, “I want to thank my co-chair Karin Corbett and everyone on our committee for their hard work and dedication to this effort over the last three years. Early recruiting is the number one issue in our sport that needs to be addressed and we feel strongly that our proposal is a step in the right direction for prospective student-athletes, their families, our lacrosse programs and coaches alike. I very much appreciate the time the Division I Council dedicated to our proposal in their June meeting. In particular, I want to thank Blake James, the Athletic Director from the University of Miami, who was instrumental in putting this issue on the table for us during those meetings, and Bob Scalise, Athletic Director at Harvard for championing our efforts. We will continue to do our due diligence in the coming year to ensure that the proposal is in position to be fully accepted in April of 2017.”

The Division I men’s lacrosse coaches joined this effort in December, making this a full sport issue. “The IMLCA is thrilled that the NCAA Division I Council, with support of the NCAA Student-Athlete Experience Committee, has introduced these proposals to the NCAA membership,” said J.B. Clarke, IMLCA President and head coach at Limestone College. “Our coaches have been committed to improving the current recruiting process to benefit prospects, parents and coaches, and we believe these proposals meet our goals.”

US Lacrosse bolstered the coaches’ efforts to enact this legislation through multiple articles, letters and the collaborative production of an early recruiting video. To view this video and other coverage of this issue, visit the “Early Recruiting Action Center” on the IWLCA website.

Looking forward, this September 1st junior year recruiting proposal will be reviewed by NCAA member institutions this fall, as they will be invited to comment on it and other proposals in the cycle. A final vote for enactment by the Division I Council is expected in April 2017, with an effective date of August 1, 2017.