IWLCA Names 2016 Coaches of the Year

IWLCA National Coaches of the Year

Levy led North Carolina to its second NCAA Championship in four years in 2016, going 20-2 overall and 7-0 in the Atlantic Coast Conference. The Tar Heels won the ACC regular season title, the ACC Tournament, and the national championship, setting school records for most wins (20) and fewest losses (two) in a season. UNC won a program-record 17 consecutive games to close the season, including a 13-7 defeat of top-ranked and two-time defending national champion Maryland in the title game. North Carolina finished the 2016 season ranked number one in the final IWLCA Coaches Poll.

In her fifth season at the helm of the Florida Southern College women’s lacrosse program, Kara Reber took the Moccasin program to unprecedented heights as she led the team to the school’s first-ever NCAA Division II National Championship with an 8-7 come-from-behind victory over top-ranked and two-time reigning Division II National Champion Adelphi in the championship game. Florida Southern became the first school from outside of Pennsylvania, New York and Massachusetts to claim a Division II women’s lacrosse national title. FSC is just the fifth school to ever win a national title in women’s lacrosse. On the season, Reber guided the Mocs to a school record tying 19 wins as the team closed the season winning a school record 14 consecutive games and finished with a 19-3 overall record. Along with posting a 19-3 overall record, the Mocs also went 4-0 in the Sunshine State Conference for the second consecutive season. Along with leading the Mocs to a national championship, Reber also led the Mocs to a second straight SSC regular season title, and an SSC Tournament title. The Moccasins ended the 2016 season ranked number one in the final IWLCA Coaches Poll. 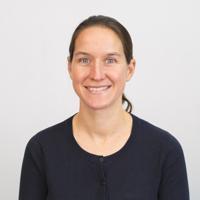 In just her first season at the helm, Kate Livesay has led Middlebury to a school record for wins (22-1) and their first NESCAC Championship since 2007. Middlebury captured the Division III NCAA Championship with a 9-5 win over Trinity, its first NCAA title since 2004. After losing a pair of All-Americans last season, the Panthers came back strong in 2016, including a pair of 10-game winning streaks. Livesay saw four of her players earn All-American honors with eight being named to the All-Region team. Livesay also has the distinction of becoming the first women’s lacrosse coach in any division to coach two different schools to NCAA Championships, having led Trinity to the title in 2012. Middlebury finished the 2016 season ranked first in the final IWLCA Coaches Poll.

2016 IWLCA Regional Coaches of the Year

Temple made its first appearance in the BIG EAST Tournament since joining the league in 2013-14, and the Owls advanced to the championship game after a 12-8 win against UConn in the semifinals, which earned Coach Rosen and her staff Co-Coaching Staff of the Year honors in the BIG EAST.

The Big Red had one of the best seasons in program history in 2016, beginning with a record-breaking 8-0 start. Graap notched her 200th career head-coaching win, beating Penn, 11-10, to lead the Big Red to its first-ever Ivy League Tournament Championship. Earning the Ancient Eight’s automatic bid, Cornell returned to the NCAA Tournament for the first time since 2006.

Fourth-year USC head coach Lindsey Munday led the Trojans to a record breaking season, Mountain Pacific Sports Federation (MPSF) Coach of the Year honors. Under Munday, the Trojans won their first league title and conference tournament to receive the fifth seed in the NCAA championship; a first for a team from the MPSF.

Dissinger guided Trinity to the NCAA Division III Championship game in her second season as head coach, as the Bantams posted a 19-4 record and finished at the top of the New England Small College Athletic Conference (NESCAC) regular season standings with a 9-1 mark in the league.

Pfluger led TCNJ to a 20-2 overall record, giving her 475 career wins as head coach. The Lions rose as high as #2 in the IWLCA Coaches Poll and sustained that ranking into the NCAA championship tournament. TCNJ won its sixth straight New Jersey Athletic Conference championship and qualified for the NCAA tournament for the 30th straight year under Pfluger.

In 2016, Nestor led the Sea Gulls to an 18-3 record, earning their 14th-straight Capital Athletic Conference championship after going a perfect 8-0 in conference play and extending their CAC winning streak to 94 games. Salisbury earned its 17th appearance in the NCAA tournament, and Nestor earned both CAC and ECAC Coach of the Year honors.

Wagner led the College at Brockport in a record breaking 2016 season. The Golden Eagles set a new program record for consecutive wins at 11, and rose to their highest ranking, No. 9, in the Intercollegiate Women’s Lacrosse Coaches Association poll. Wagner was also honored as the State University of New York Athletic Conference Coach of the Year. Brockport finished the season with a 15-4 mark.

In 2016, Denison went 13-6 ran the table with a perfect 8-0 record in NCAC play and earned a trip to the NCAA tournament. Daniels was named NCAC Coach of the Year, and the Big Red have also captured three-straight conference tournament championships.

F&M was 21-3 this year and made it back to the Final Four for the second year in a row. The season was highlighted by beating Salisbury in overtime in the Elite Eight, and Mike Faith was named the Centennial Coach of the Year.

During the 2016 season, Stuart led Colorado College back to the NCAA Tournament for the first time since 2007. With a final record of 14-3, the Tigers notched the second most wins in the 22-year history of the program.