The Intercollegiate Women’s Lacrosse Coaches Association (IWLCA) held its 2015 Honors Banquet presented by Nike this evening at Disney’s Coronado Springs Resort. The event is one of the highlights of the IWLCA’s Annual Meetings, which are being held at the Coronado’s convention center this week. Amy Bokker, head coach at Stanford University served as the master of ceremonies for the evening.

According to Alicia Groveston, head coach at Grand Valley State University, and IWLCA President, “The Honors Dinner is the premiere opportunity for us an organization to honor our members, their teams, and their achievements. It is extremely exciting to celebrate how successful our coaches are and how much they have impacted our sport, not only in a year, but also over the course of their careers.”

The program started off with Victory Cub recognition for those coaches that achieved milestone victories during the 2015 season. Seven coaches were recognized for their 100th career victory, while three additional coaches celebrated achieving 200 career wins. 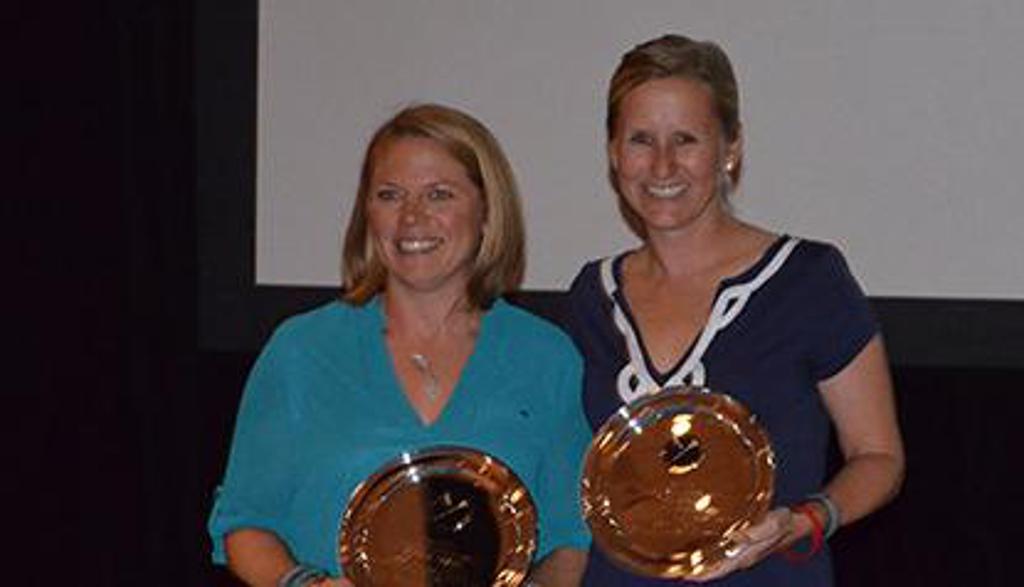 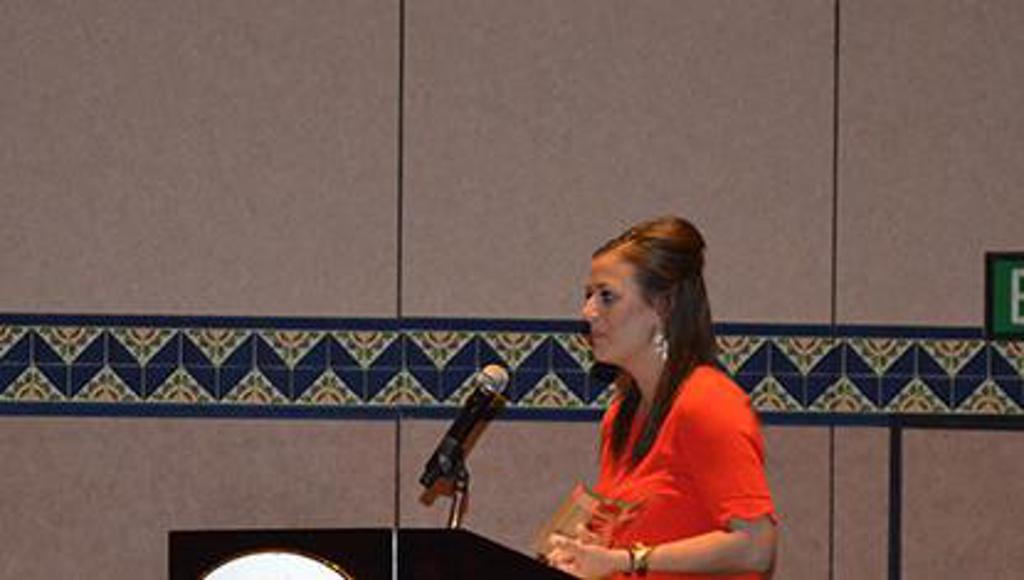 The next award was the Team Community Awareness Award, which recognizes outstanding contributions by one team from each division on their campus and in their local community. This year, teams from the University of Delaware (Division I), Limestone College (Division II), and Randolph Macon College (Division III) were honored.

Meghan McDonogh, head coach at Catholic University, was presented with the IWLCA Service Award, which honors an individual that has committed themselves to the betterment of the IWLCA during the past year. According to Scott Tucker, head coach at Limestone College, and IWLCA Vice President, “Meghan’s passion and willingness to give back to the game and the association, has played a critical role in the successes of so many IWLCA projects. The IWLCA depends upon the service and dependability of so many volunteers, and Meghan is someone that as expected, has selflessly done extraordinary work for the benefit of lacrosse and the IWLCA membership.” McDonogh currently serves as the chair of the Annual Meeting Planning Committee, and recently completed a term as Division III representative on the Board of Directors. 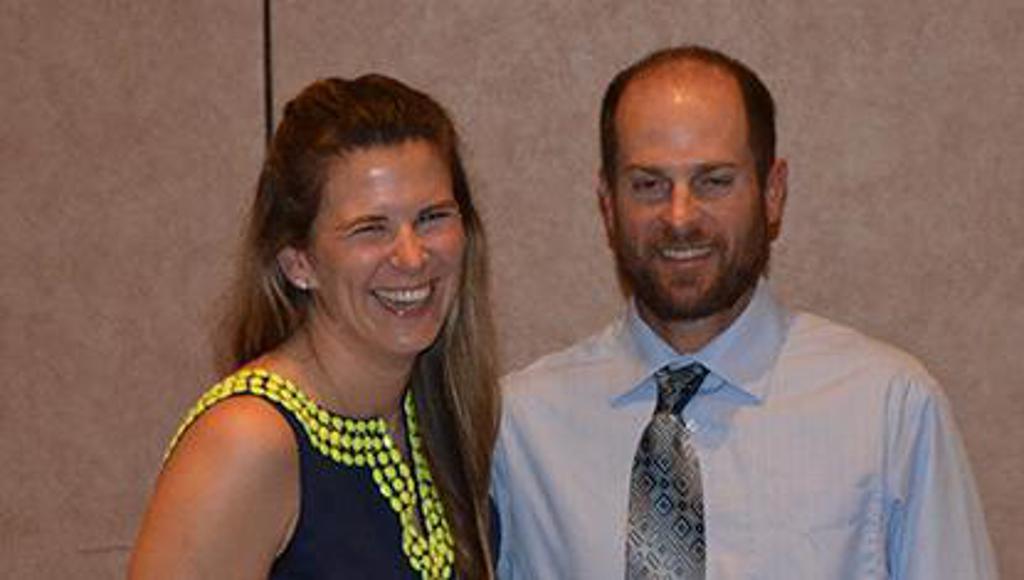 The IWLCA President’s Cup Award, which recognizes an individual who has worked to promote, develop, and enhance the the intercollegiate women’s lacrosse game during the past year. This year’s honoree, Samantha Ekstrand, serves as the IWLCA legal counsel, serving the organization and its membership in multiple ways. “Sam has been an incredible addition to the IWLCA. She is an advocate for each player, coach and person that is involved in women’s lacrosse in any way,” said Meredith Black, head coach at Marquette University and IWLCA Board member. “Her wealth of experience and knowledge is a tremendous asset for our coaches. It is inspiring to work with her, and Sam has truly had a positive impact on the women’s collegiate game.” In addition to providing legal consultations to IWLCA members and serving the Board of Directors in an advisory capacity, Ekstrand has worked closely with the Recruiting Issues Committee to develop Division I recruiting proposals and manage the navigation of the NCAA legislative process.

The final award of the evening is the IWLCA’s highest honor, the Diane Geppi-Aikens Memorial Award. The award is named in honor of the legendary Loyola coach whose courageous battle with cancer inspired the nation, and recognizes lifetime achievement to the women’s college game. Duke head coach Kerstin Kimel was presented with the award by Kristen Waagbo, head coach at Army. The only head coach in Duke women’s lacrosse history, Kimel has led the program from its inception in 1996, molding the Blue Devils into one of the nation’s elite teams. In Kimel’s 20 seasons at the helm of Duke women’s lacrosse, she has guided the Blue Devils to seven national semifinals, four ACC regular season titles, an ACC Tournament Championship and 18 consecutive NCAA Tournament appearances - the third longest current streak in the nation.

A five-time ACC Coach of the Year, Kimel registered her 250th career victory Feb. 22, 2015 to become one of just six active Division I coaches with 250 or more wins. Under Kimel’s direction, Duke returned to the NCAA semifinals in 2015, punctuating an outstanding 16-5 campaign. Led by a veteran group of eight seniors, the Blue Devils concluded the season ranked fourth in the final national poll. 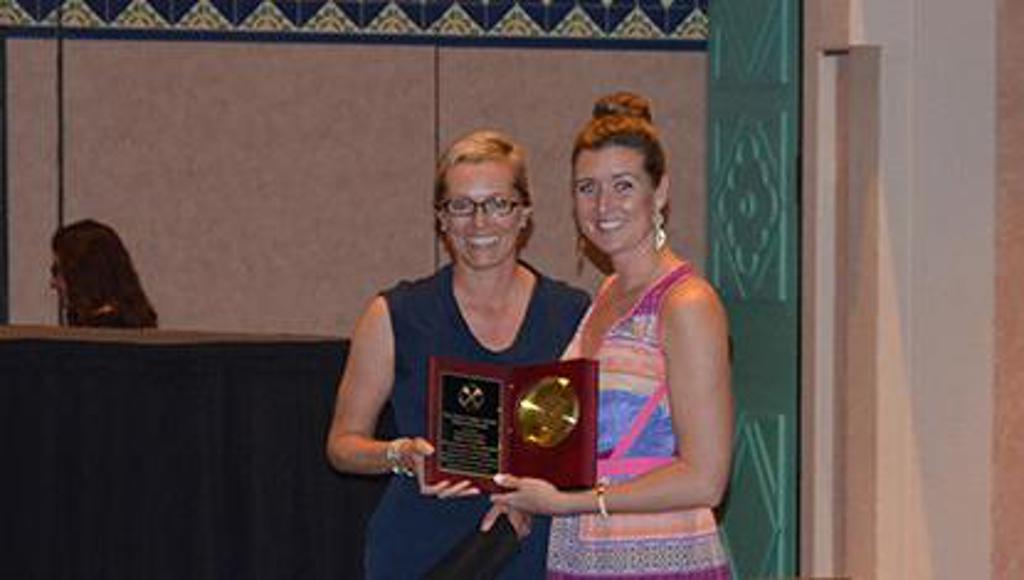 Kimel has served the game in a variety of ways, and currently serves as co-chair of the IWLCA Recruiting Issues Committee. She is former chair of the DI All-American Selection and Rules, Safety, and Game Administration (RSGA) committees, and has been a member of the IWLCA Board of Directors, IWLCA Growth committee, the NCAA Women’s Lacrosse committee, and the Tewaaraton Selection committee. Kimel also served on the selection committee for the US National teams program and was an assistant coach for the Developmental Squad.

“It is an incredible honor to be named this years recipient of the Diane Geppi-Aikens award. Having been recruited by Diane, played against Diane’s teams, and coached against Diane throughout my lacrosse career, I have a unique perspective on not only her accomplishments, but the spirit with which she approached her involvement in the game,” Kimel said. “The impact Diane had on her family, players, Loyola University, and our sport is both admirable and something to aspire towards to as a mother, coach, mentor and ambassador to our great game.”