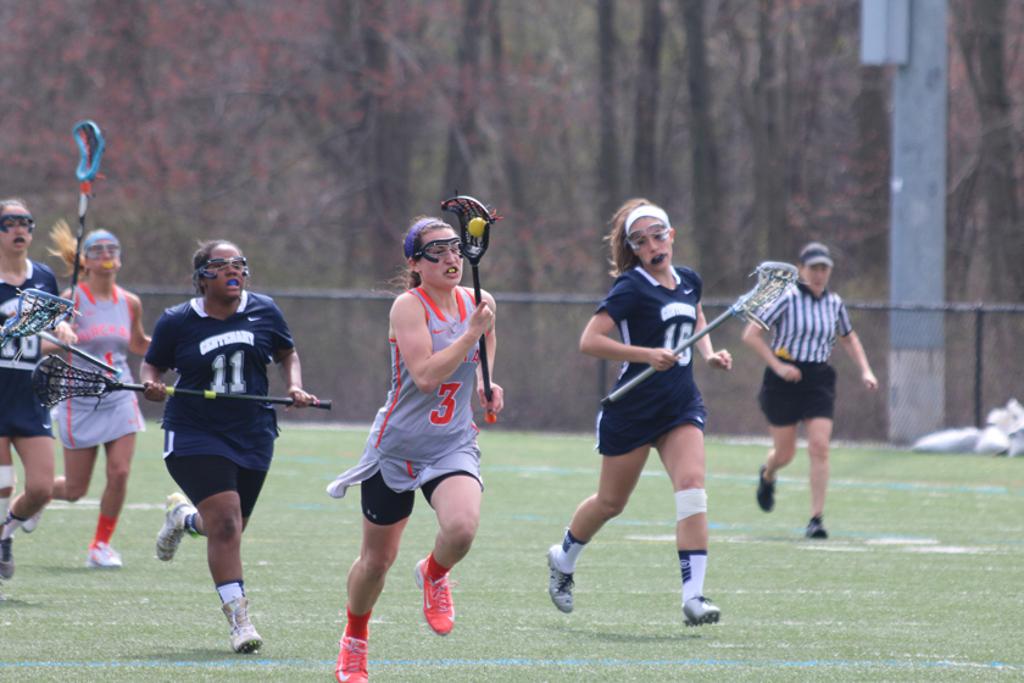 Tri-Captain Rich Bounces Back from Injuries to Lead Upstart Purchase

Rich endured back problems last season en route to being named to the All-Skyline 1st Team and the IWLCA’s Empire Region Second Team. The midfielder helped guide Purchase to a conference Final Four appearance – just two years after the team started as a program and went 0-11. A two-time All-Skyline performer, the Providence, RI native led the Panthers to their first-ever postseason berth in 2015, finishing the spring campaign with 42 goals, 13 assists, 55 points, 117 draw controls and 58 ground balls. She ranked among the nation's leaders in DCs throughout the season.

This spring, the two-sport athlete (soccer, lax), proved no matter the injury, she could return and perform at a high level. Rich tore her ACL in the fall while playing with the Purchase soccer team. Doctors questioned whether she would be back for the spring lacrosse season, but the resilient Rich defied the odds and is back and helping Purchase lax, now in its fourth year, stay on top.

The Panthers are off to a 3-1 start while Rich is showing no signs of slowing down. She has 10 goals, 26 draw controls and 13 ground balls over four games. She was named to the Skyline honor roll last week for player of the week.

“That is a miraculous recovery,” said Purchase head coach Francesca Levine, “but that is Samantha Rich. She’s relentless.”

Rich tore her other ACL in high school, but she quickly recovered from that injury. Two torn ACLs and back issues aside, Rich has gone on to play women’s lacrosse and women’s soccer at Purchase at a very high level. She also played for the women’s volleyball team two seasons ago.

When Rich isn’t starring on the field, she’s starring the classroom, sporting a near 4.0 overall GPA. The SUNY Chancellor Scholar-Athlete Award winner has been recognized multiple times by the conference and the college for her academic achievements.

Rich also manages to juggle her athletic and academic successes with a loaded community service slate. She has been involved in the student government. From 2013-14, she was an active student government senator, as well as sitting on many committees. During 2014-15, she took a more active role as an executive officer. She is also an active member of Purchase Student Athletic Advisory Committee (SAAC) and the program’s IAB board, which sets campus athletic policies. In addition, she is also a varsity intercollegiate athletic assistant, working in the Purchase sports information office on game days.

This year, she was named the president of the Purchase SAAC.