IWLCA has announced the 2022 Outstanding Assistant Coach awards for each Division. Phil Barnes (University of North Carolina), Rachel Ward (East Stroudsburg University), and Amy Patton (Middlebury College) will be recognized at the IWLCA Convention on November 16 for their achievements. The Outstanding Assistant Coach award recognizes an assistant coach from each Division who has made a distinct impact on the success of their program through hard work, commitment, dedication, and sportsmanship.

Barnes has been the assistant at the University of North Carolina since 2004 and helped lead the Tar Heels to a perfect 22-0 record and national title this past season. In nominating Barnes for the award, head coach Jenny Levy wrote, “Phil has impacted our program with his tireless work ethic and his commitment to developing our players as people and athletes. His keen eye for detail helps our athletes develop into great players. He treats every player fairly and is committed to coaching every individual on the roster.”

Barnes works with the Tar Heel defense and goalkeepers, while also heading up the program’s recruiting efforts. With his guidance, All Americans Emma Trenchard and Ally Mastroianni earned Division I Defender and Midfielder of the Year, respectively, for the 2022 season. After finishing the season atop the ILWomen/IWLCA Poll, four Tar Heels were selected in the first eight overall picks of the Athletes Unlimited Lacrosse professional league. Seniors Jamie Ortega (attacker) and Trenchard were No. 2 and No. 3 overall. Graduate students Taylor Moreno (goalie) and Mastroianni were selected at No. 5 and No. 8.

“I am so thankful to the IWLCA and my fellow coaches for selecting me for this award,” Barnes stated. “I wish to express my gratitude for working with an amazing group of women. I also would like to thank the student-athletes who made this possible. It is an honor and privilege to have coached them this past season.”

Ward joined the coaching staff at East Stroudsburg in July 2019. Alongside Head Coach Xeni Barakos-Yoder, Ward and the Warriors set a program record for wins (20-2, 11-1 PSAC) and advanced to the NCAA Division II National Championship game for the first time in program history this past season. After also earning the crown as Pennsylvania State Athletic Conference Champions, a program record five Warriors were named to IWLCA All-American teams.

“I am honored and humbled to be recognized by the IWLCA,” stated Ward. “This award is a reflection of our team and staff buying in and giving it their all the entire season. I am thankful to be able to coach a great group of young women every day and help them reach their full potential. I wouldn’t be where I am today without Xeni having the confidence and trust in me.”

Barakos-Yoder stated in her nomination for Ward, “Rachel’s competitive nature and drive for excellence immediately impacts the offense. She takes the lead with the offense, draw team, film, and assists in academic oversight and equipment management. She goes above and beyond to make sure things are in order for me and the team.”

Patton has been a member of the Middlebury women’s lacrosse staff since the spring of 2019. She helped guide the Panthers to an NCAA Division III National title this past season with a redemption win over Tufts University and coached four All-Americans, including the tournament’s Most Outstanding Player Jane Earley who earned IWLCA Division III National Player and Attacker of the Year accolades. Junior goalkeeper Annie Enrietto finished the season as the nation's leader in goals against average (6.01) and was named to the NCAA all-tournament team along with three other Panthers, including Earley.

“Considering all the outstanding assistant coaches deserving of this recognition, I'm beyond humbled that I was even nominated and truly honored to receive this award.  I feel lucky for the opportunity to learn from both coaches and student-athletes about not only the game of lacrosse but also about life lessons. Reflecting on my 33 years of coaching, I am thankful to everyone along the way who has given me a chance to pursue my passion! The student-athletes have brought joy to me, my peers have challenged me to continue to have a thirst to improve, and my friends and family have been my loyal "super fans."  I would like to sincerely thank Kate Livesay for her trust and belief in me and for giving me the chance to coach at a place as special as Middlebury.  It is a real privilege to stand on a sideline with her!”

Head Coach Kate Livesay wrote in her nomination for Patton, “Amy has had an incredible impact on our program. She brings such joy and passion to our team on a daily basis. She offers a wealth of knowledge and experience to our players, with an eye for details. She has added depth to our goalie position and has tightened up our offensive schemes and draw-control tactics a great deal. Her drive and generosity are greatly appreciated as she has made many sacrifices to be here for the team each day.”

The 2022 IWLCA Convention, presented by StringKing will be held November 16-18 at the Hilton Anatole in Dallas, Texas. 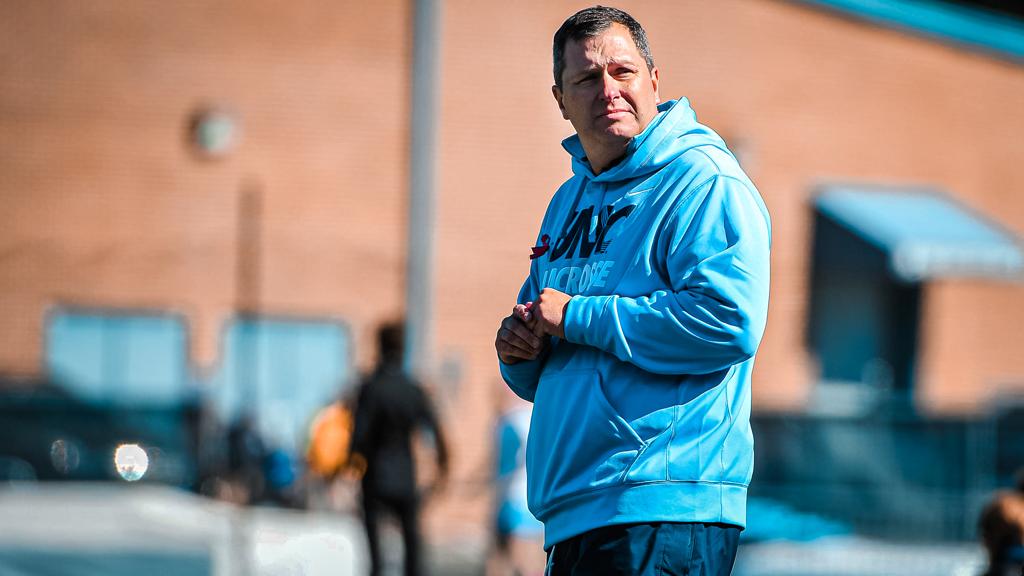 Photo by Jeffrey A. Camarati, courtesy of UNC Athletics. 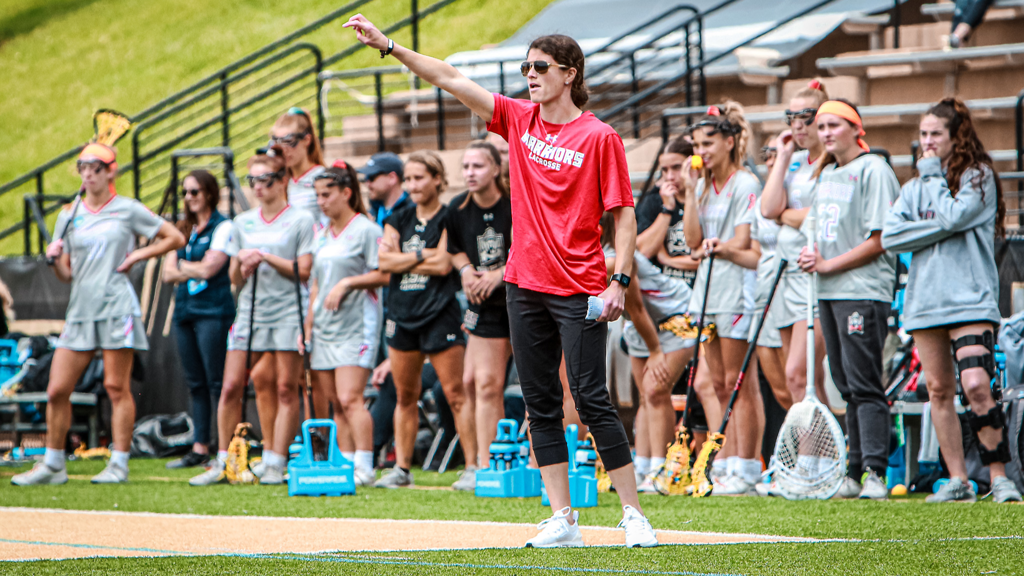 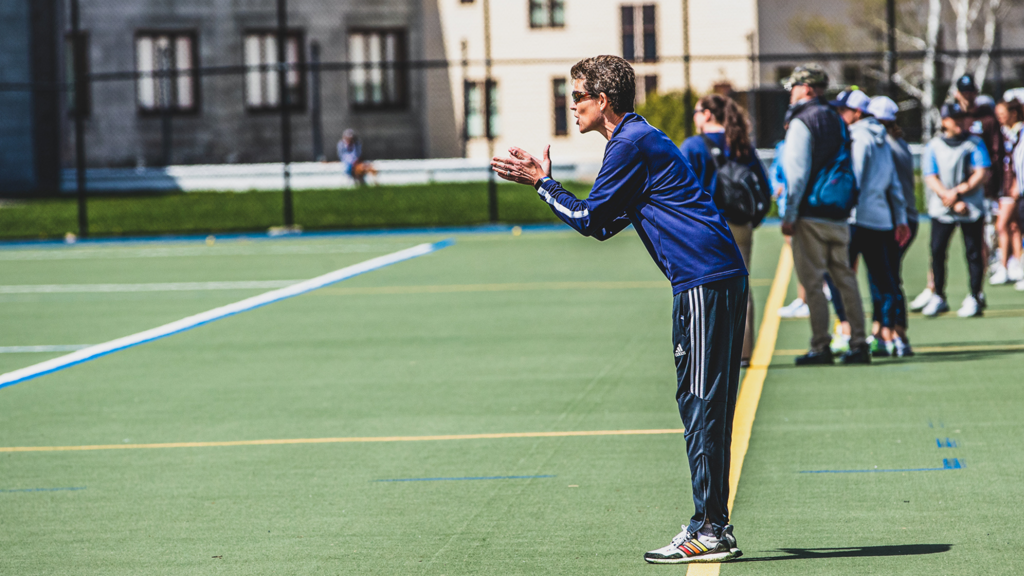