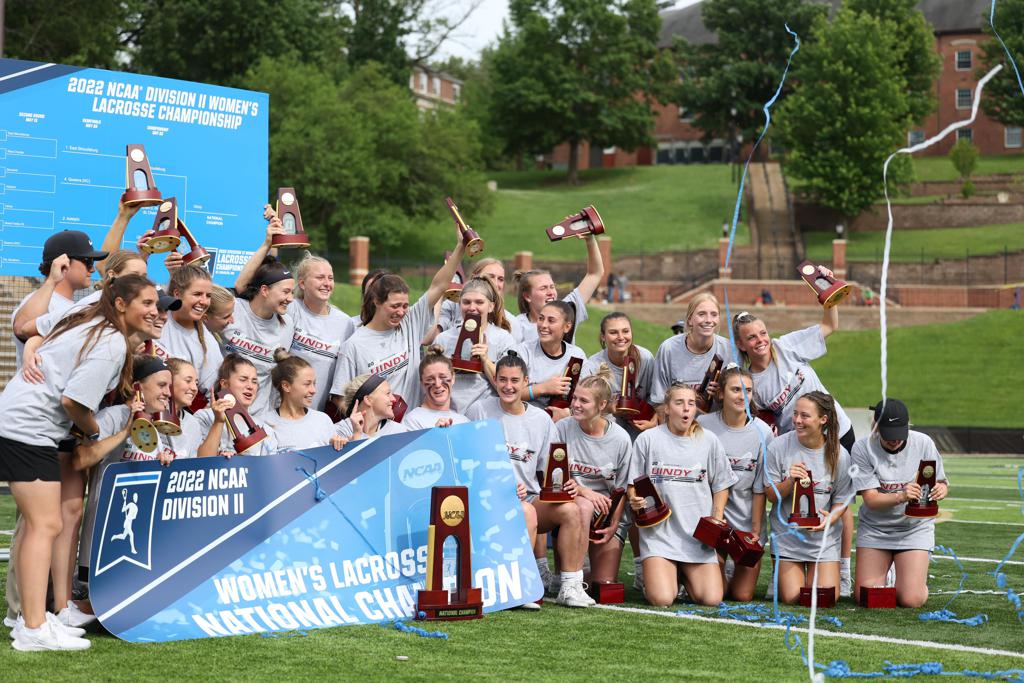 The final ILWomen/IWLCA Division II Poll has NCAA Champion UIndy at the top of the list, unanimously earning the No. 1 spot after their program’s first championship this weekend.

National runners-up, East Stroudsburg follows behind the Greyhounds in the second position while semifinalists Adelphi and Queens round out the third and fourth spots, respectively.

UIndy’s 11-9 championship over East Stroudsburg was led by graduate student Peyton Romig, saving her best performance for her last collegiate game by notching two goals and an assist to go along with 16 of her team’s 20 draw controls. Romig finishes her career as the nation’s draw controls leader across all divisions.

The Greyhounds first took down Adelphi 11-6 on Friday before clinching the title against ESU on Sunday.