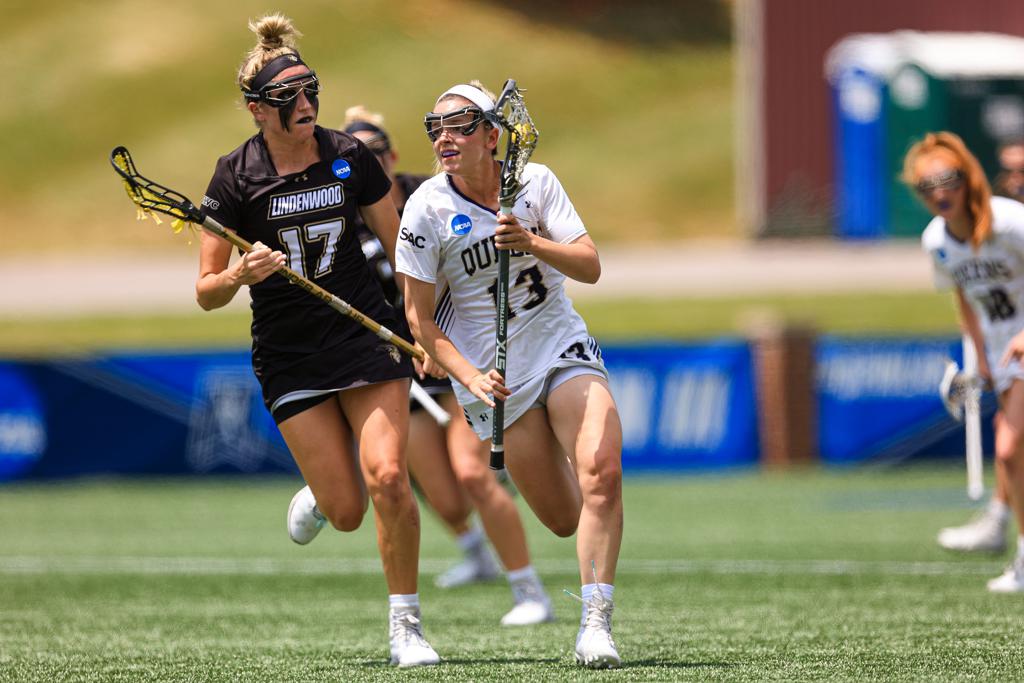 Queens (9-0) returns as No. 1 in week five of the ILWomen/IWLCA Division II Poll, receiving 16 votes. UIndy and Adelphi stayed put in the second and third spots, with UIndy receiving two first place votes.

East Stroudsburg (7-0) entered the top five for the first time this spring, coming in at No. 4 after picking up wins against West Chester and Shepherd this week.

Regis (7-0) jumped five spots this week, making their way back into the Top 10 for the first time since our preseason poll. The Rangers rang in at No. 9 after downing Lindenwood, 13-10.