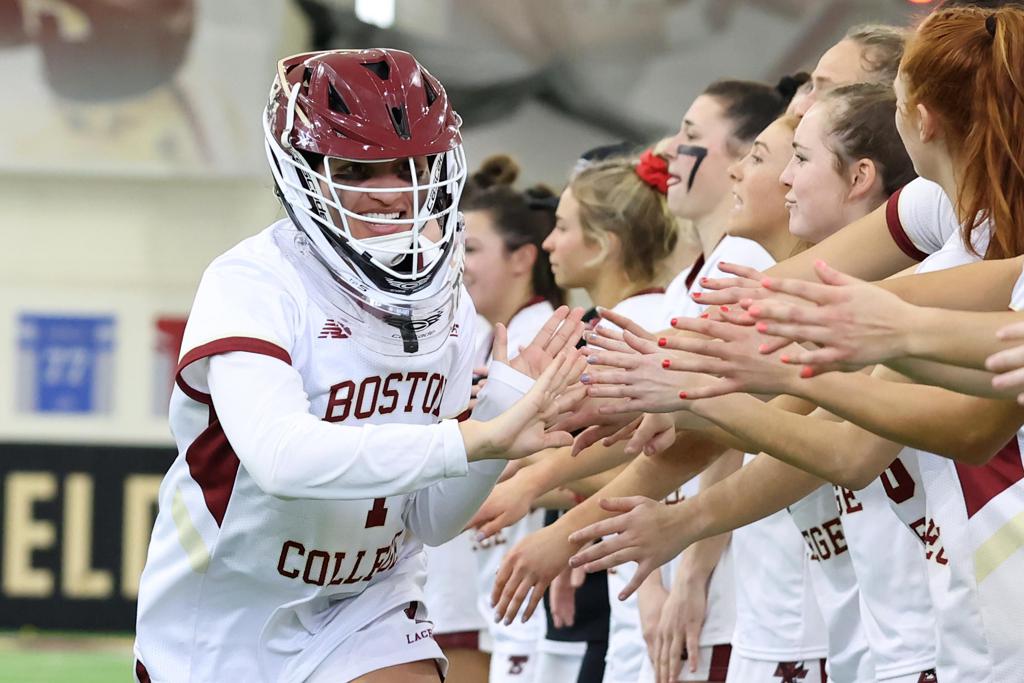 Boston College was unanimously voted No. 1, having yet to be tested this spring. North Carolina was voted second once again after cruising by Northwestern on Sunday afternoon. Graduate transfer Sam Geirsbach paced the Heels with six points in the convincing 20-9 victory.

No. 3 Syracuse faced two Top 10 opponents in five days, losing in OT to No. 5 Northwestern and coming back from a seven-goal deficit to beat No. 7 Duke on Sunday. No. 4 Maryland has stayed put after convincing victories against Delaware and William and Mary this week, and Northwestern and Stony Brook have traded spots, voted in at No. 5 and No. 6, respectively.