The IWLCA has announced the inaugural recipient of the Tina Sloan Green Award. Ashleigh Gundy, a current senior on the Cornell University women’s lacrosse team, will be recognized for her achievements during the IWLCA Hall of Fame and Honors Banquet on November 18, as part of the 2021 IWLCA Convention, presented by StringKing.

The Tina Sloan Green Award was created by the IWLCA’s Board of Directors in April 2021 based on a recommendation from the association’s Racial Equity Task Force. The annual award will recognize teams or individuals working to promote equity and inclusion. The award is named in honor of Tina Sloan Green, the first black head coach in the history of women’s intercollegiate lacrosse, who guided Temple University to three National Championships, amassed and .758 career win percentage, and was inducted into the IWLCA’s first Hall of Fame class in 2017.

Following the murder of George Floyd, Ashleigh Gundy created a documentary titled “Where Do We Go From Here?” featuring athletes from Cornell, Brown, Yale, Michigan, George Washington, and Colgate who candidly discussed their experiences as black student-athletes, the intersection of race and sport, and the systematic flaws embedded in the criminal justice system. The film also features Khalil Muhammad, a Harvard Professor of History, Race, and Public Policy, who helped viewers explore the intersection of race and criminal justice in modern US history.

“I’m honored to be the first recipient of the Tina Sloan Green Award and would like to thank the IWLCA for recognizing me. As the first black head coach in the history of women’s intercollegiate lacrosse, Tina Sloan Green was a pioneer. She opened the door to allow more women of color, including myself and so many others, into the sport. Her efforts paved the way for equity and inclusion in the lacrosse and field hockey communities,” Gundy said. “This award embodies everything that my parents have instilled in me, including hard work, mental strength, and resiliency. As the only woman of color on the Cornell Women’s Lacrosse team, I’ve always pulled from my inner strength, saw myself as equal, and worked hard. I’m grateful to be the inaugural recipient of this award and I’m humbled to be a part of Tina Sloan Green’s legacy.”

Gundy serves as chairwoman for the Black Student Athlete Committee, working with Cornell’s senior athletic administration to identify diversity and inclusion issues within the department and implement substantial changes to positively impact underrepresented students. She is also a member of the Women of Color in Cornell Athletics (WOCA) group, a student organization that works to foster an inclusive community for female varsity athletes at Cornell, and a leader of the women’s lacrosse team’s Social Justice Committee. Ashleigh is the Vice President of Internal Relations for Cornell’s BlackGen Capital group. BlackGen capital is a 100% minority owned, student-run investment fund at Cornell. BlackGen Capital works to open doors for underrepresented students interested in entering the financial services industry.

Women’s lacrosse coaches, student-athletes, and teams at IWLCA member institutions are eligible for consideration for the Tina Sloan Green award, and nominations may be submitted by coaches or administrators. The award description reads:

The Tina Sloan Green Award recognizes those individuals and teams that have actively worked to promote equity and inclusion in the lacrosse community in a given academic year. We celebrate those that have given their time and energy to educate and raise awareness, remove barriers, enhance opportunities, and invite a diverse set of voices to the table in order to challenge discrimination and promote positive social change.

The award will be presented to Gundy by Jenny Graap, head coach at Cornell University, who nominated her for the award. “Ashleigh shows courage on a daily basis as she so capably educates our team and the greater lacrosse community around the difficult topics of equity and inclusion. Ashleigh’s involvement in Cornell’s black student-athlete organizations have given her the opportunity to be at the forefront of Cornell’s diversity education mission, a responsibility she shoulders with pride,” Graap wrote as part of her nomination. “I am tremendously proud of the bravery, leadership, and initiative Ashleigh displays as she promotes diversity, equity, and inclusion. Her personal integrity and strength of character are inspiring and her work over the last few years has etched her mark in our athletic department, our university, and the greater lacrosse community. I have immense respect for Tina Sloan Green and her accomplishments in both the lacrosse and field hockey communities, and I believe Ashleigh would be a deserving recipient of this prestigious award.”

The 2021 IWLCA Convention, presented by StringKing will be held November 17-19 at the Hilton Anatole in Dallas, Texas. 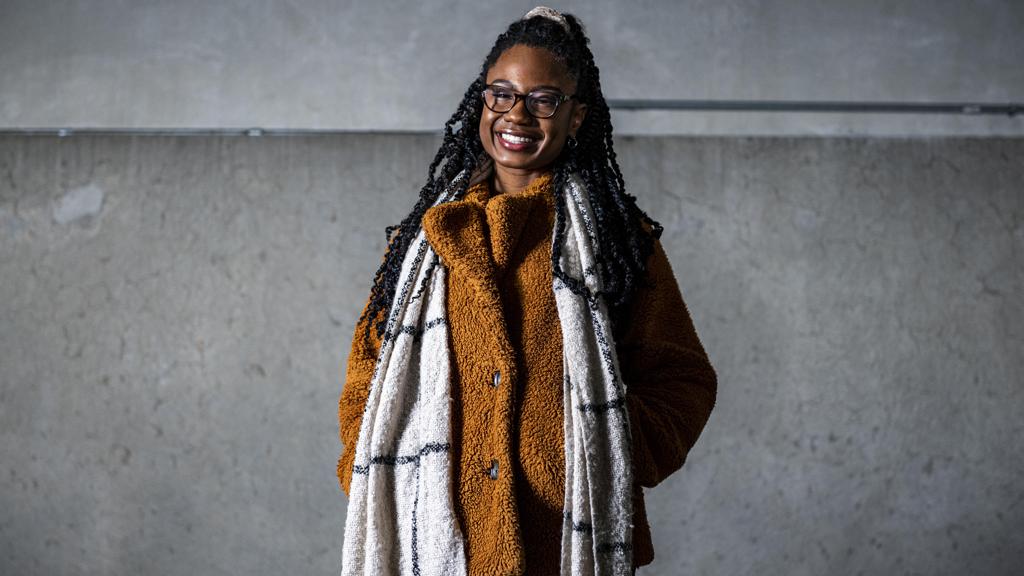