The IWLCA has announced the 2021 Outstanding Assistant Coach awards for each Division. Jen Kent (Boston College), Erin Abbott-Gillin (University of Indianapolis), and Hedy Veith (Tufts University) will be recognized at the IWLCA Convention on November 17 for their achievements. The Outstanding Assistant Coach award recognizes an assistant coach from each Division who has made a distinct impact on the success of their program through hard work, commitment, dedication, and sportsmanship. 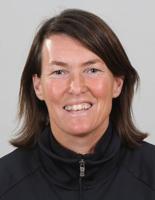 Jen Kent has been the assistant at Boston College for ten years, and in 2021, helped lead the Eagles to their first NCAA Championship. In nominating Kent for the award, head coach Acacia Walker-Weinstein wrote, “Jen Kent has single handedly separated our team above all others slowly for the last eight years. Her steady work ethic and determination as the defensive coordinator has lifted us every year as we inched towards a National Championship. Our defense has stabilized the team year after year and finally was perfectly showcased in our National Championship season in 2021.”

The Eagles posted an 8-2 record in ACC play, and an 18-3 overall mark. After losing to Syracuse in the ACC semi-finals, Boston College rolled through the NCAA field, dispatching three ACC rivals: Notre Dame in the Quarterfinals, North Carolina in the semifinals, and Syracuse in the Championship game. Kent coached Hollie Schleicher and Belle Smith to IWLCA Second Team All-American accolades, and both Schleicher and goalkeeper Rachel Hall were named to the NCAA All-Tournament team. 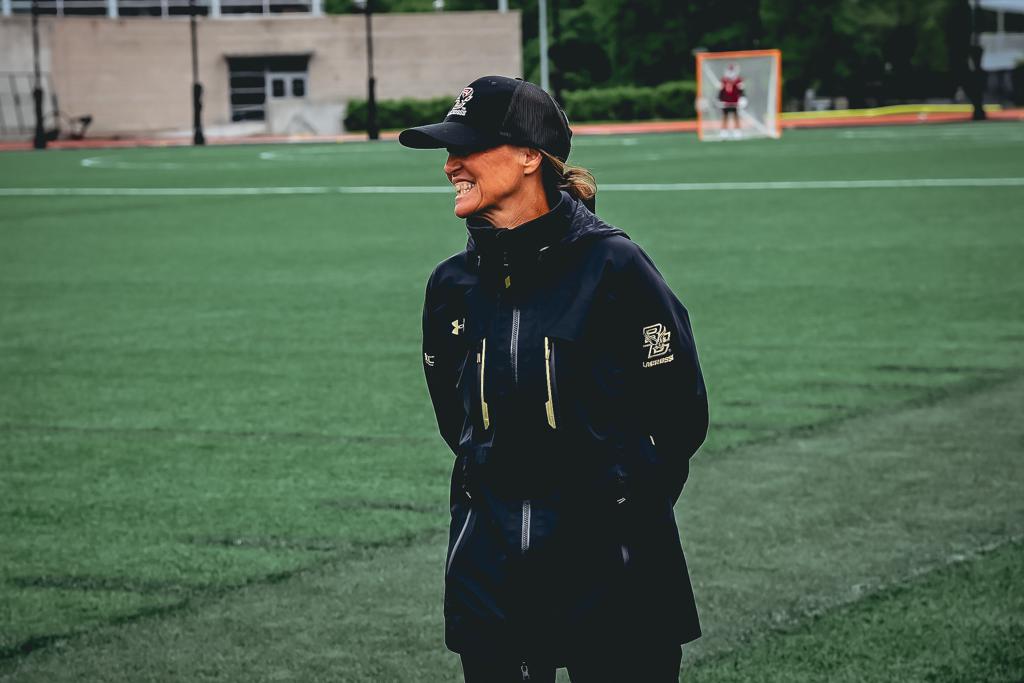 “When I first started coaching 30 years ago, I knew I wanted to help kids be the best version of themselves. Working with these young women and coaching a sport I love so much has been one of the blessings of my life,” Kent said. “I am honored and humbled to be receiving this award as there are so many incredible assistant coaches who are equally deserving of this recognition. I am thankful that I have been able to coach so many amazing student athletes alongside Acacia for the past ten years – her support and confidence in me and in our program has been remarkable. I also want to thank the Boston College Athletic Department for their commitment to our entire program and student-athletes, allowing us to pursue excellence.” 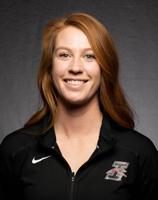 Erin Abbott-Gillin helped lead the University of Indianapolis to a 14-2 record in 2021, finishing the season ranked third in the final IWLCA Coaches Poll after snagging the top spot on the separate occasions. Head coach James Delaney wrote in his nomination for the award, “Her impact is felt throughout our program. As the lead assistant, she was overseeing the #1 defense in the country, the IWLCA National Defender of the Year, two All-Americans, two All-Region Selections, the Conference Defender of the Year, four All-Conference Selections, and much more. She was also responsible for our rides and clears, and for anyone who has seen us play or matched up against us, those are some of our strongest areas of our team.”

The Hounds had the top offense and defense in the nation in 2021, averaging 19.75 goals per game while holding their opponents to 5.31 goals per game. Abbott-Gillin not only coached the top ranked defense, but her goalkeepers were the ninth-ranked in Division II, recording a .530 save percentage. Goalkeeper Cassidy King and defender Kara Antonucci were both selected as IWLCA Third Team All-Americans this past season. 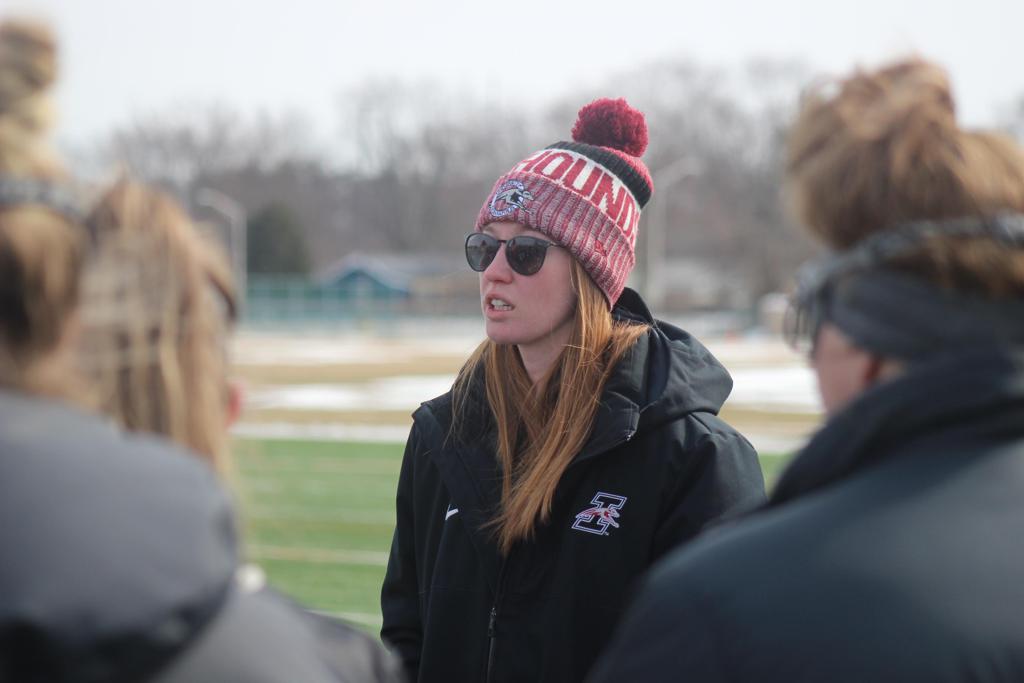 “This is truly an amazing and emotional recognition, and one that I was not anticipating,” Abbott-Gillin said. “In January I gave birth to our stillborn daughter, Halle Claire Gillin, after 36 weeks of pregnancy. The physical and mental challenges I had to endure returning to work only three short weeks after saying goodbye to our daughter were extremely difficult. There were many days where I didn’t think I would be able to show up and finish the season but being around the team and our amazing group of young women gave me the strength to do so. I need to give so much credit to the athletes who were willing to work every single day, regardless of how I was able to show up (or not) for them. I would like to thank my players, Coach Delaney, assistant coach Abbie McEntee, my family members, and most importantly, my husband Carney, for supporting me in my position. As an update to our journey, Carney and I are excitedly awaiting the arrival of our second child and first son, Beau Gregory, due in December.” 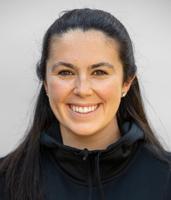 Hedy Veith joined the Tufts staff in fall 2019 after an All-American career as a player. In 2021, Tufts finished the season at 10-1, falling to Salisbury in the NCAA Championship game. According to Tufts’ head coach, Courtney Shute’s nomination, “Hedy made an impact in quite literally every area of our program during the 2020-2021 academic year. In a year where we were all scrambling and constantly attending to new needs, Hedy’s ability to stay calm, focused, and compassionate was the backbone of our success. Hedy’s positional group had arguably the best year in Tufts lacrosse history – holding opponents to less than six goals in six of our 11 games.” Tufts placed three members of the defensive unit on the IWLCA All-American First Team, including the Goalkeeper of the Year, Molly Laliberty, who ranked sixth in Division III for save percentage (.594). 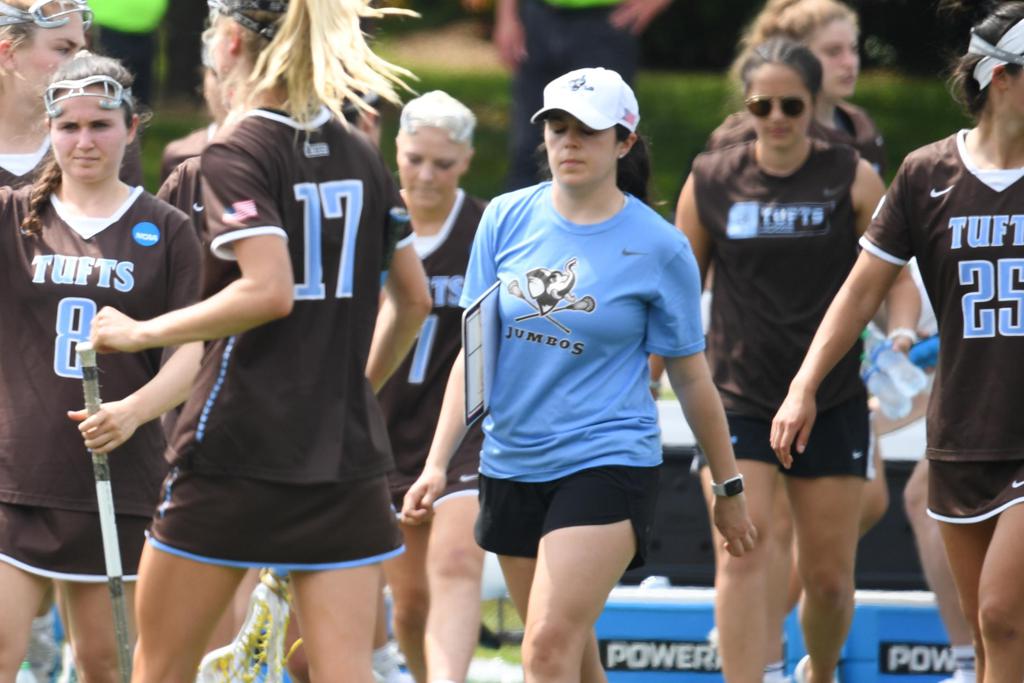 “I am incredibly honored and humbled to be recognized by the IWLCA,” said Veith. “To me, this award is truly a reflection of the hard work our players and staff put in this past season. I’m so thankful to be at Tufts, which has such a supportive environment that pushes me to be my best every day. Lastly, I wouldn’t be where am I without the encouragement from Coach Shute and I am grateful for her guidance and example of what dedication and hard work looks like in our profession.”

The 2021 IWLCA Convention, presented by StringKing will be held November 17-19 at the Hilton Anatole in Dallas, Texas.