The IWLCA has named the 2021 National and Regional Coaches of the Year in Division III. All winners will be honored at the IWLCA Convention scheduled for November 17-19, 2021 at the Hilton Anatole in Dallas, Texas.

Head coach Jim Nestor led Salisbury to its second undefeated season in 2021 with a 20-0 record capped off by a 14-13 win over Tufts for the team’s fourth national championship in program history. Salisbury also captured its 19th conference championship with a 7-0 record in the Coast-to-Coast Athletic Conference. Salisbury was ranked in the top-10 throughout 2021, culminating with top billing in the final IWLCA poll released on May 24. As a team, Salisbury ranked 20th in scoring margin (8.86), 21st in scoring offense (16.70), 24th in points per game (24.05), 36th in scoring defense (7.85) and 38th in shot percentage (.493). Nestor also coached the National Player of the Year and Attacker of the Year Alexis Strobel and National Defender of the Year Carrie Hesen along with three All-Americans and six All-Region selections. 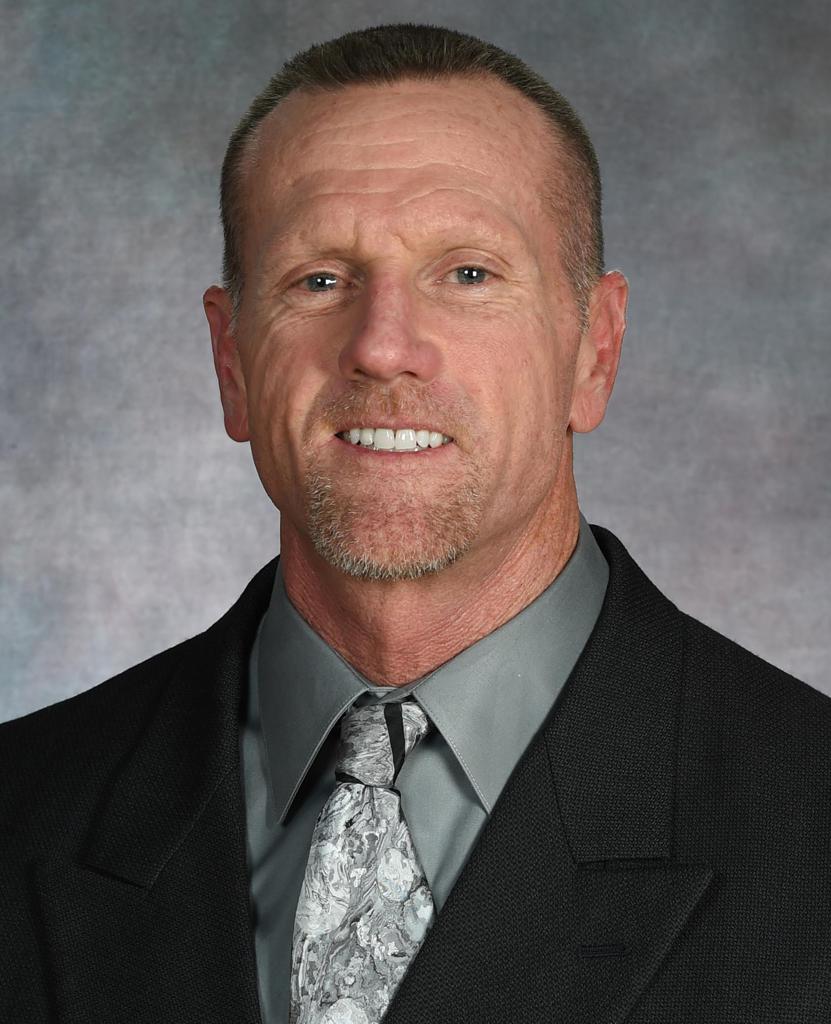 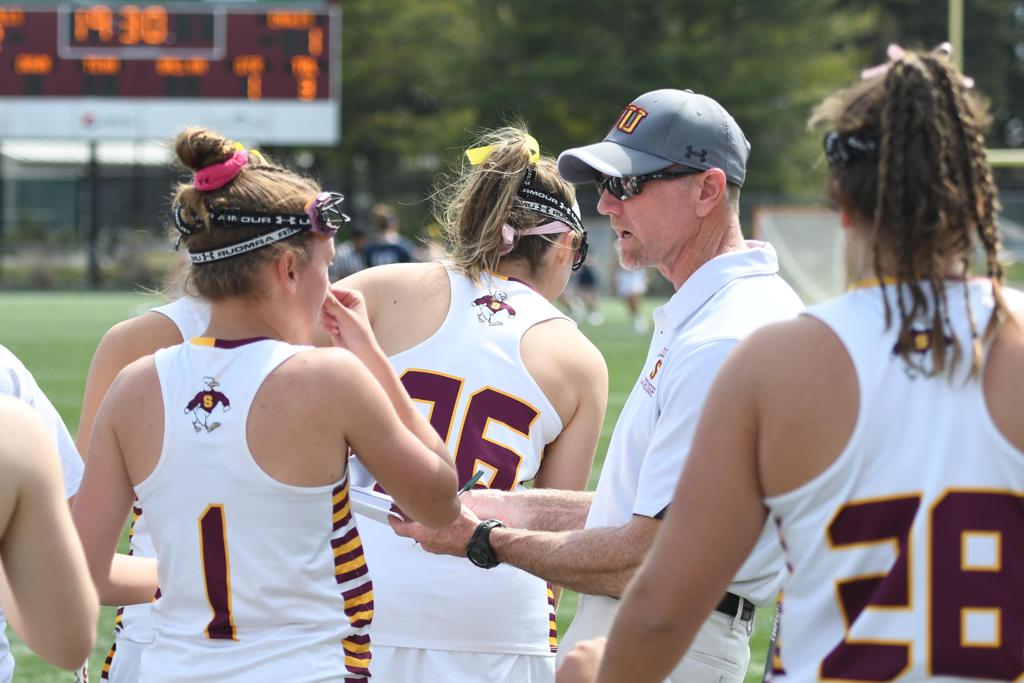 Mullady helped lead Springfield to an undefeated regular season as the Pride clinched the top seed in the NEWMAC Championship. While navigating a season filled with uncertainties and pauses due to COVID-19 protocols, Mullady powered Springfield to a spot in the NEWMAC Women's Lacrosse Championship for the sixth-straight season as she was tabbed the NEWMAC Coach of the Year. Under Mullady's leadership, Springfield's Kate Sarnacki became the second IWLCA Division III All-American honoree in program history, in addition to being the institution's NCAA Woman of the Year nominee. Springfield ranked in the top 25 nationally in assists per game and free-position percentage as the Pride was led by a pair of all-region selections and the NEWMAC Offensive and Defensive Athletes of the Year in Sarnacki and Gabby Fogg. 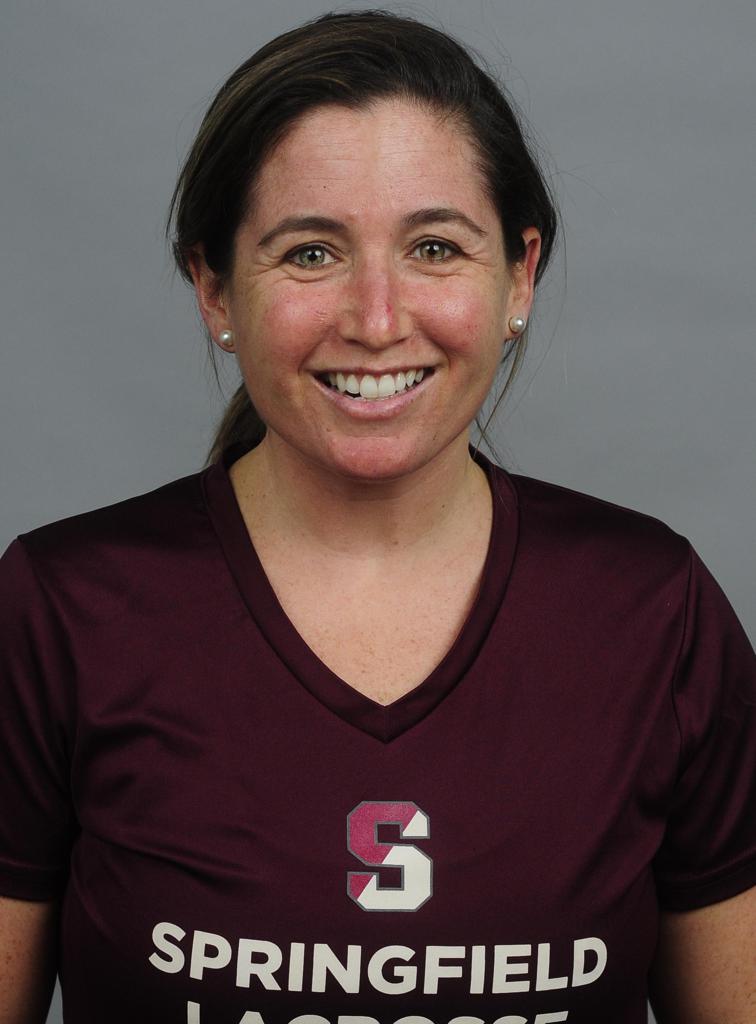 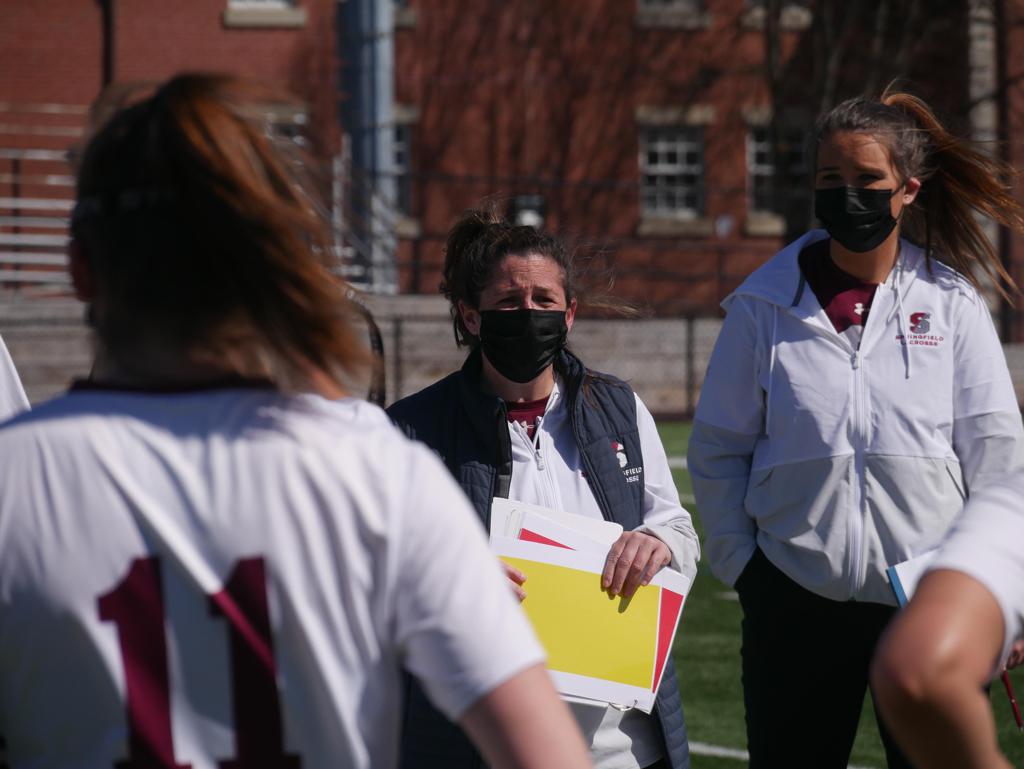 Evan Mager, the 2021 Middle Atlantic Conference (MAC) Freedom Women’s Lacrosse Coach of the Year, led Fairleigh Dickinson University to its first undefeated regular season in program history and to its eighth MAC Tournament Championship this year. Under the guidance of Mager and led by IWLCA All-American Katie Walsh and USA Lacrosse Magazine All-American Kylee Garcia, the Devils defeated Delaware Valley (20-2), King’s (22-6) and Stevens (15-14) in the postseason on their home field to capture the conference crown and storm into the second round of the 2021 NCAA Tournament. At the end of the 2021 season, the Devils took home four of the five major awards from the MAC. FDU’s potent offense also smashed the record for most goals in a single game in back-to-back contests when the Devils posted a 23-4 win over Wilkes on April 10, and then a 24-4 victory over Delaware Valley on April 14. 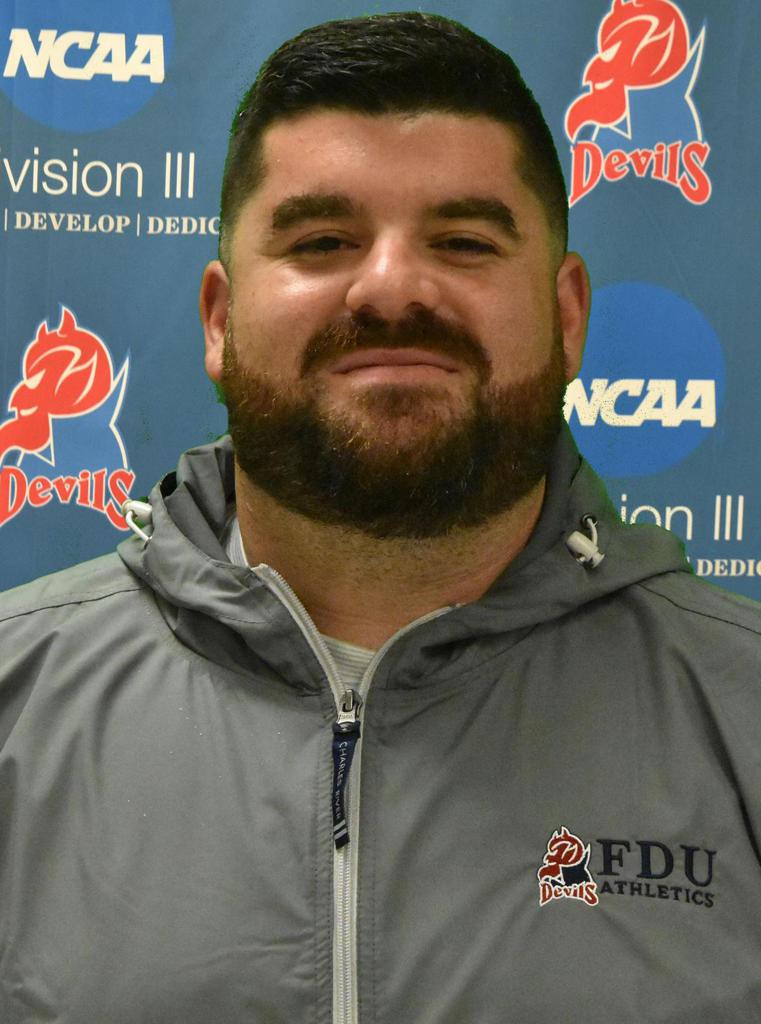 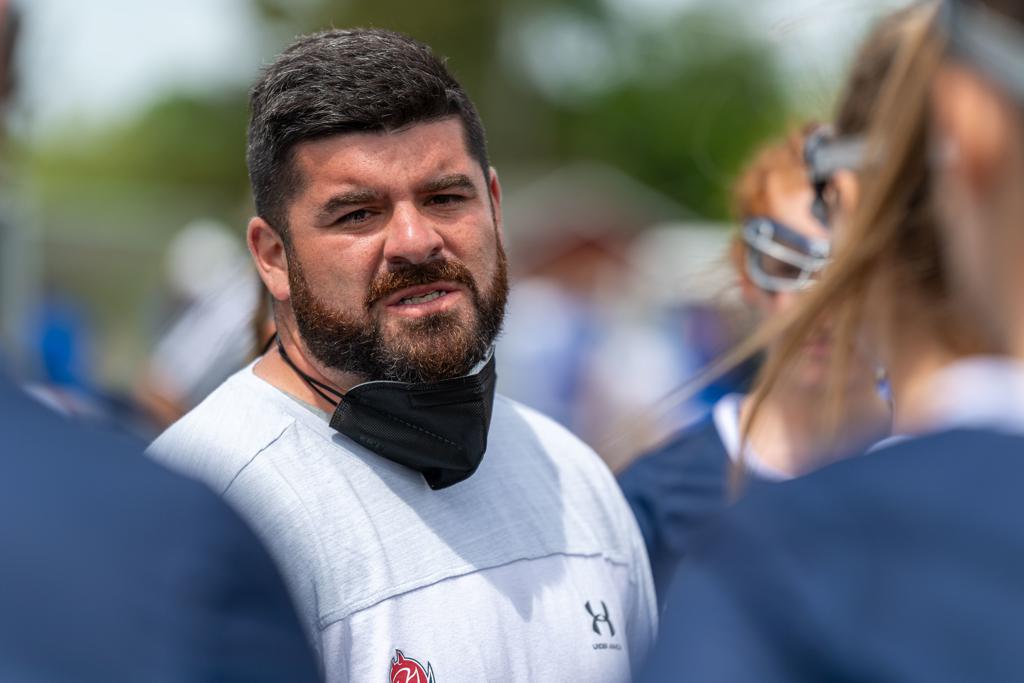 Michele led No. 3 St. John Fisher College to its ninth consecutive Empire 8 Championship in 2021 after going unbeaten in conference play. The 2021 Empire 8 Coach of the Year, Michele guided the Cardinals to their first-ever Regional Championship and Final Four appearance this season after defeating three nationally-ranked opponents in the NCAA Championship including then No. 6 Catholic University and then No. 10 Messiah College. With Michele at the helm, Fisher finished its historic season ranked second in Division III in scoring defense at 4.70 goals per game and in total draw controls with 310. The team was 13th in winning percentage (.900) and scored 428 total points on the year – the fifth most of any team in Division III. Michele mentored 10 All-Conference selections, three All-Region honorees, two All-Americans and the 2021 NCAA Elite 90 winner. Michele and the Cardinals are 40-4 over the last three seasons. 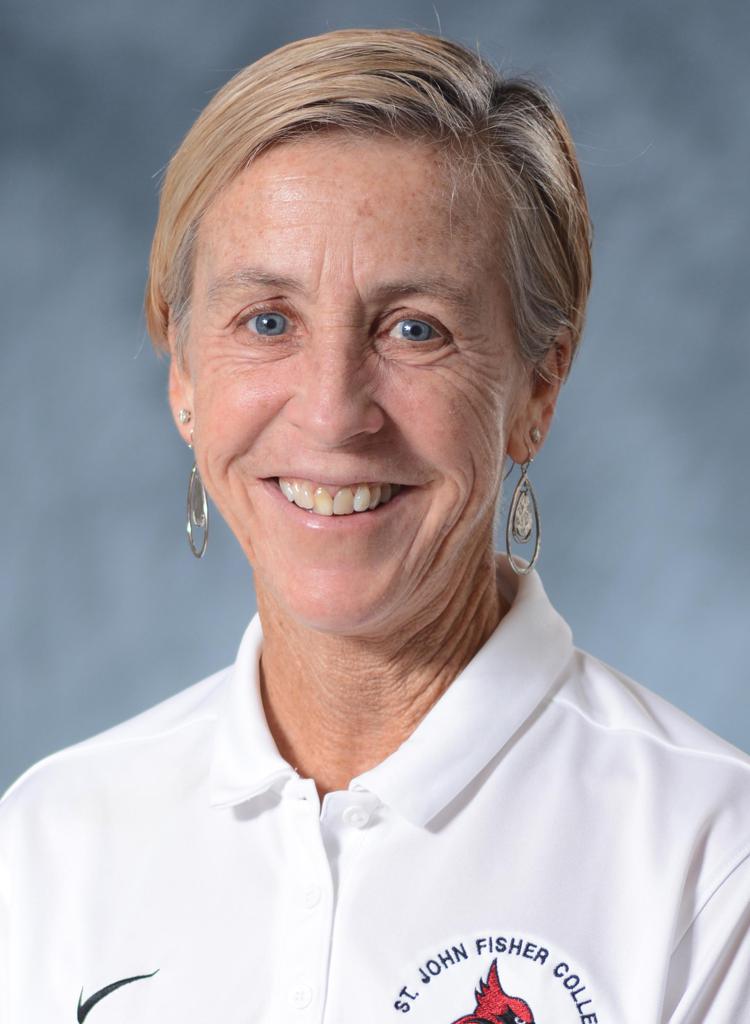 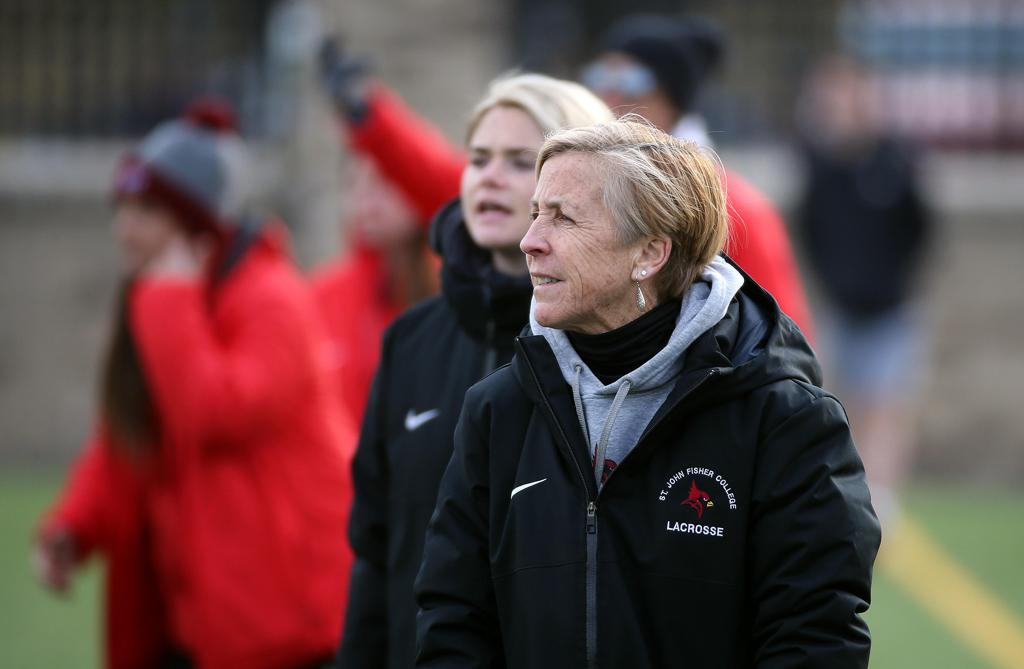 Amanda Daniels, Denison University
Daniels led Denison to a 12-2 record in 2021, culminating in a loss to eventual national champion Salisbury University in the NCAA semifinals. The Big Red landed three players on the IWLCA All-American lists, one each on the first, second, and third teams. Denison was the NCAC tournament Champion in 2021, earning the conference’s automatic bid to the NCAA tournament. Daniels mentored six players to spots on the All-NCAC West team, including the Offensive Player of the Year and Midfielder of the Year. 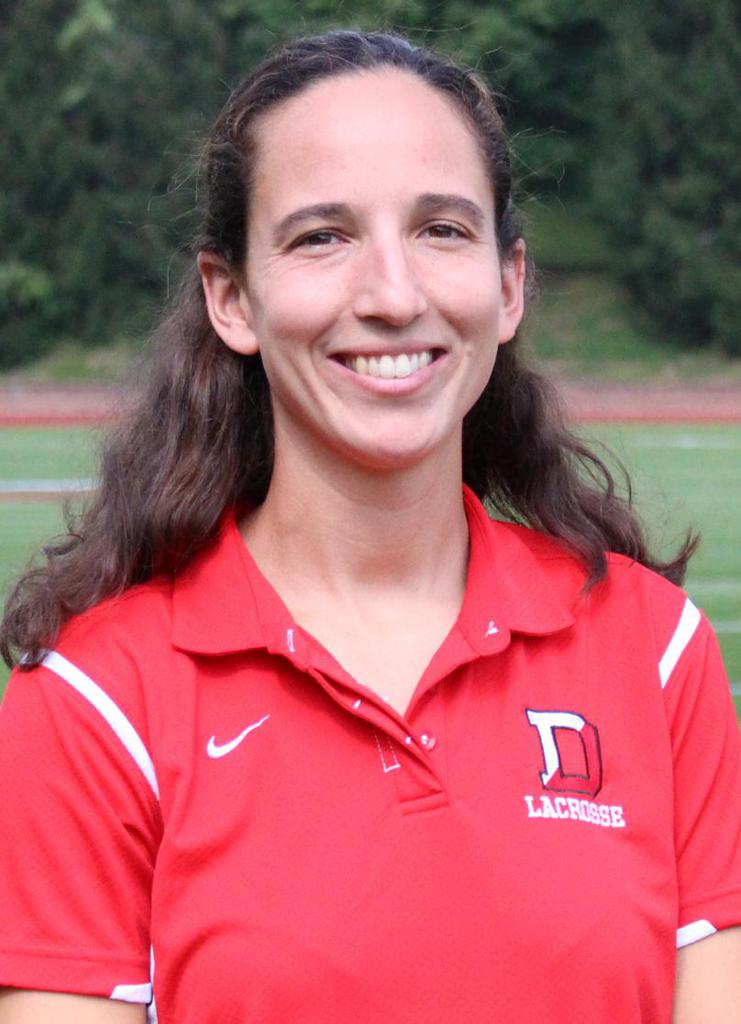 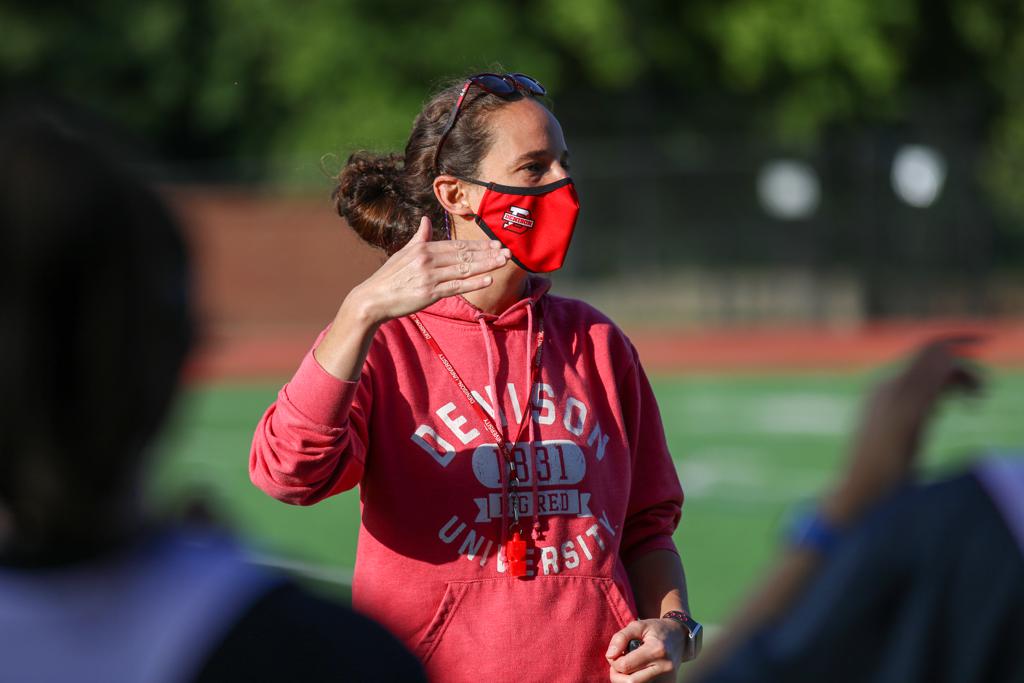 The 2021 season was a historic one for the Messiah Falcons. Led by head coach Heather McKay, the Falcons put together the most successful season in program history, going 18-1 and advancing to the Elite Eight for the first time in program history. McKay was named the MAC Commonwealth Coach of the Year as the Falcons claimed their eighth Conference Championship in program history and their fifth in the last six seasons. McKay and the Falcons finished the season ranked No. 5 in the final IWLCA Division III National Ranking. Prior to the 2021 season, Messiah had never advanced past the Sweet 16, but wins over Illinois Wesleyan in the Second Round and SUNY Cortland in the Regional Semifinal put the Falcons into their first-ever Elite Eight. Messiah was dominate on both sides of the ball this season, finishing with the eighth best scoring defense at 5.74 goals per game and 13th in scoring offense at 17.42 goals per game for the sixth-highest margin of victory for the 2021 season at 11.68 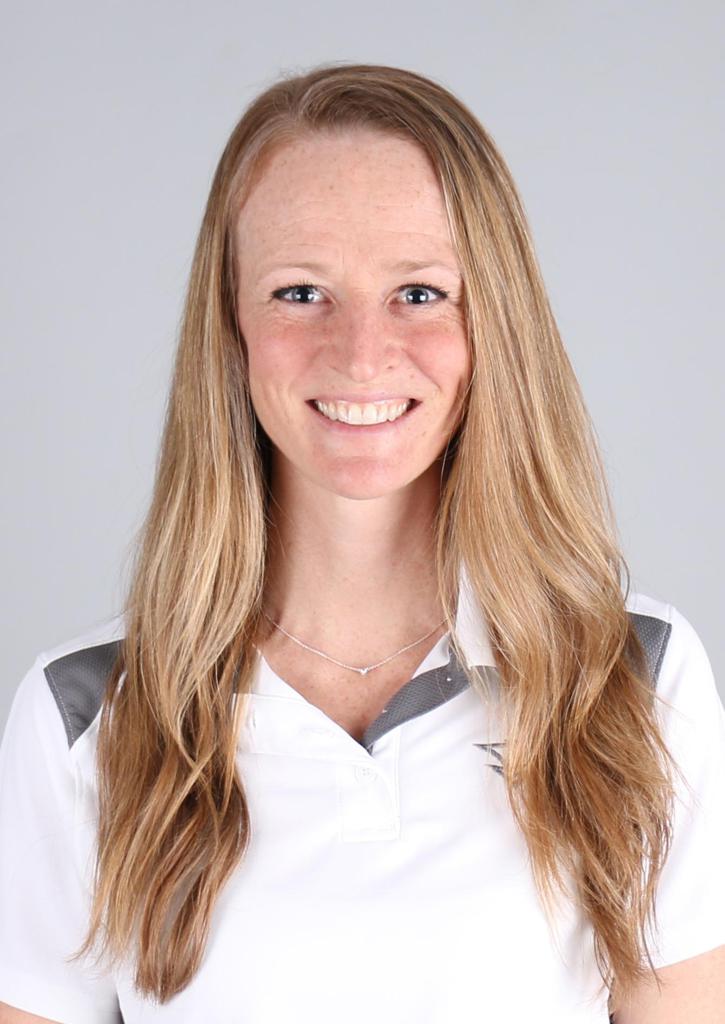 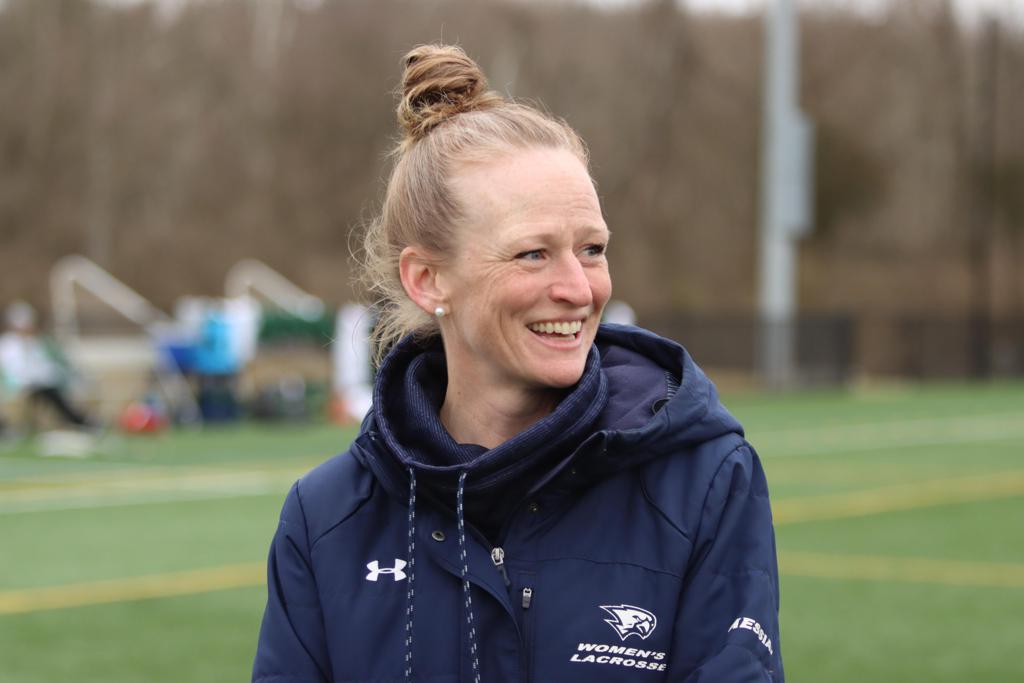 Shute repeats as NESCAC Coach of the Year, after receiving the honor when it was last handed out in 2019. Tufts won the East Division, then hosted and won the conference championship game for the program's first title. En route to an appearance in the NCAA Championship game, Tufts defeated Cabrini, Roger Williams, The College of New Jersey, and St. John Fisher. Against Salisbury, the Jumbos came within a whisper of the national championship, falling to the Gulls 14-13 to cap the 2021 season with a 10-1 record. The Jumbos outscored their opponents 172-77 this spring. 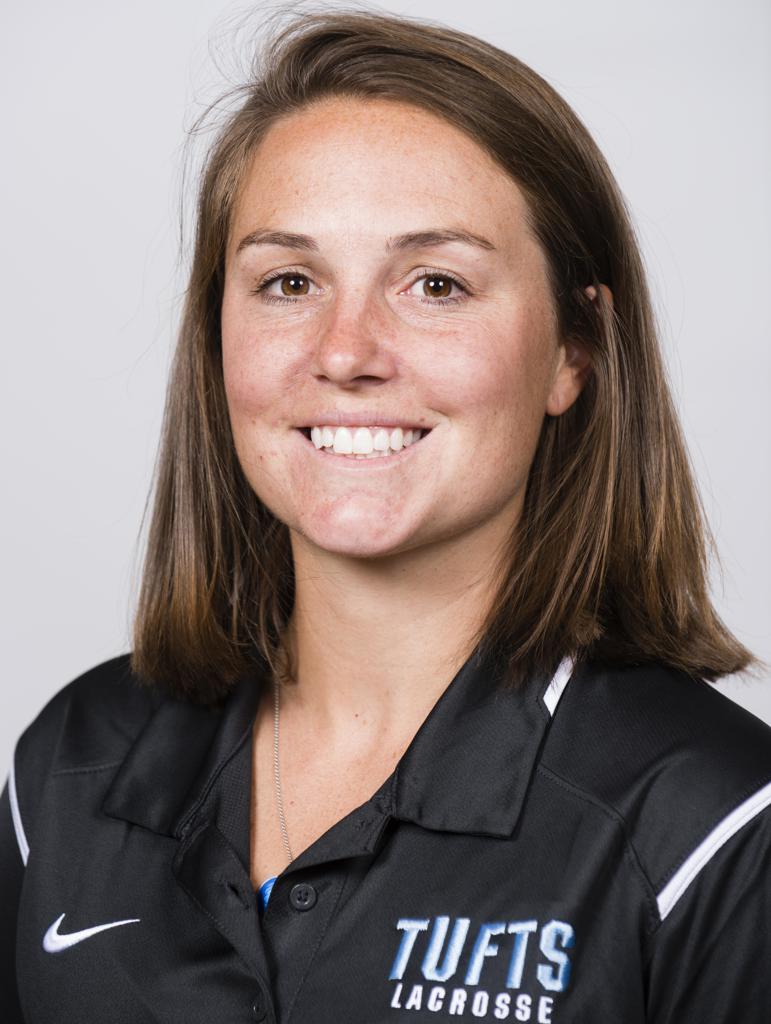 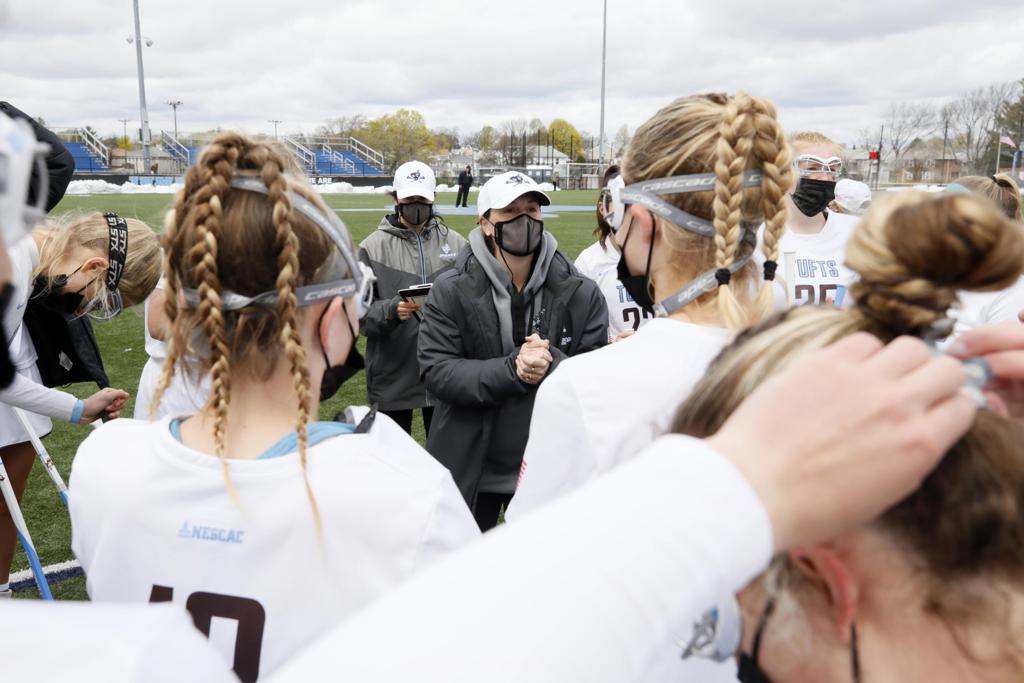 Meghan Keelan helmed the Lynx to a 14-1 record in 2021 after advancing to the second round of the NCAA Division III Championship. Under Keelan, the Lynx won 14 straight games on their way to SAA regular season and tournament championships. This season, Keelan earned her 100th career victory in the fourth game of the season in a dominating 23-3 victory over Hendrix. A record eight Lynx garnered All-West Region honors and 10 All-SAA accolades, while Baylee Barker was tabbed second team All-American and SAA Offensive Player of the Year. Barker is just the second All-American in program history, and as a junior, is the youngest to earn the honor. This season Keelan was named SAA Women’s Lacrosse Coach of the Year after the Lynx went 5-0 in conference. Statistically, Rhodes was ranked among the top in several NCAA Division III rankings at the end of this season, including scoring offense, shots per game, and shots on goal per game. 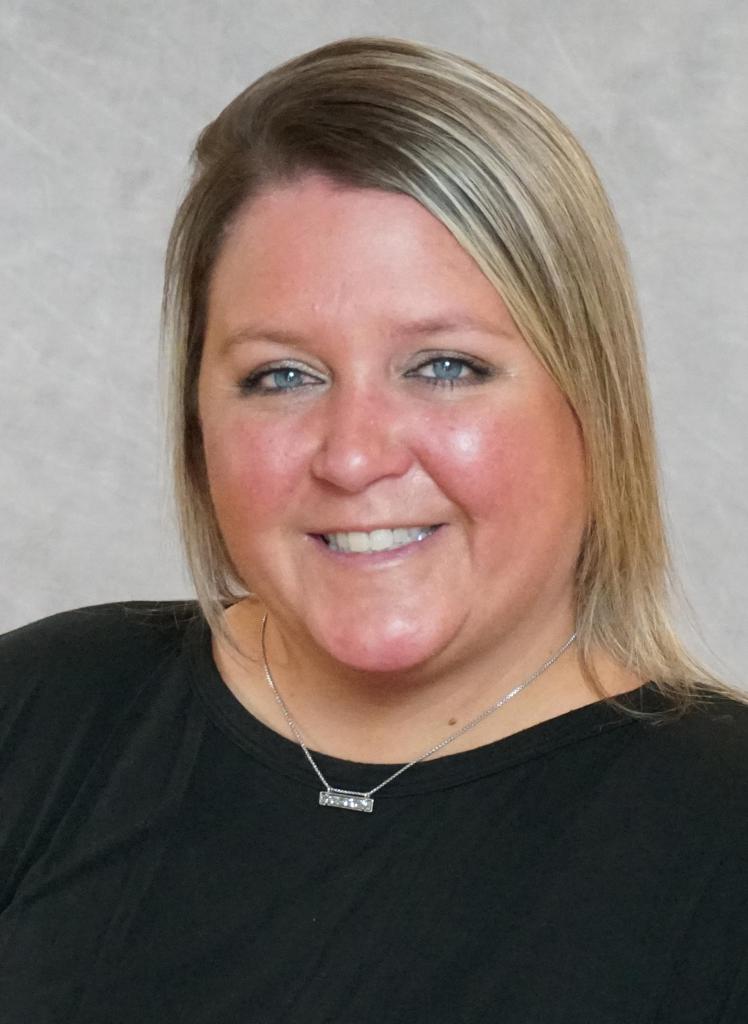 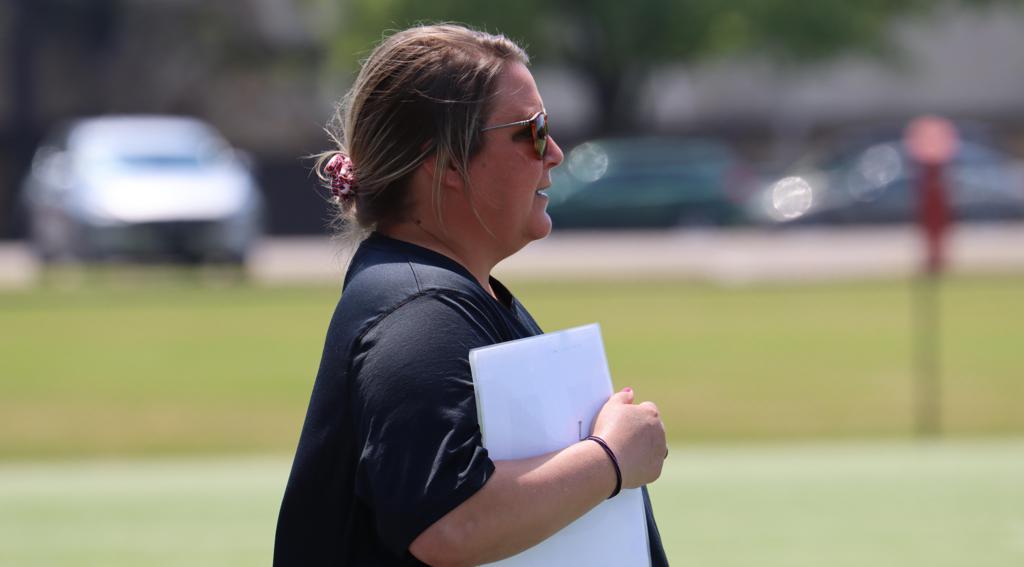