IWLCA Names 2021 Division I Coaches of the Year

IWLCA Names 2021 Division I Coaches of the Year

The IWLCA has named the 2021 National and Regional Coaches of the Year in Division I. All winners will be honored at the IWLCA Convention scheduled for November 17-19, 2021 at the Hilton Anatole in Dallas, Texas.

Division I National Coach of the Year

Acacia Walker-Weinstein led BC to the 2021 National Championship, her first as a head coach and the first in BC program history. The Eagles’ opened at #12 in the IWLCA preseason poll, before beating Albany, then-#14 USC and then-#22 UMass to open the year. Then after falling to #1 North Carolina, BC went on a nine-game win streak, with six wins over ranked teams and four top-10 wins. BC ended up the three seed in the ACC Tournament and fell to Syracuse in the ACC Semifinal. The Eagles were the four seed heading into the NCAA Tournament and defeated Fairfield and Temple before beating #5 Notre Dame, 21-10 to make their fourth-straight final four. BC then beat undefeated #1 UNC in the semifinal and #3 Syracuse in the national title game to win the championship. The Eagles finished 18-3 on the year. Under Walker-Weinstein, BC had one of the best offenses in the country, ranking 5th in scoring offense at 16.76 goals per game and leading the nation in shooting percentage at 53.1%. Walker-Weinstein coached the Tewaaraton Award winner and IWLCA Player of the Year, Charlotte North, who set a new NCAA record with 102 goals in a single season and NCAA Tournament record with 31 goals in a single tournament. 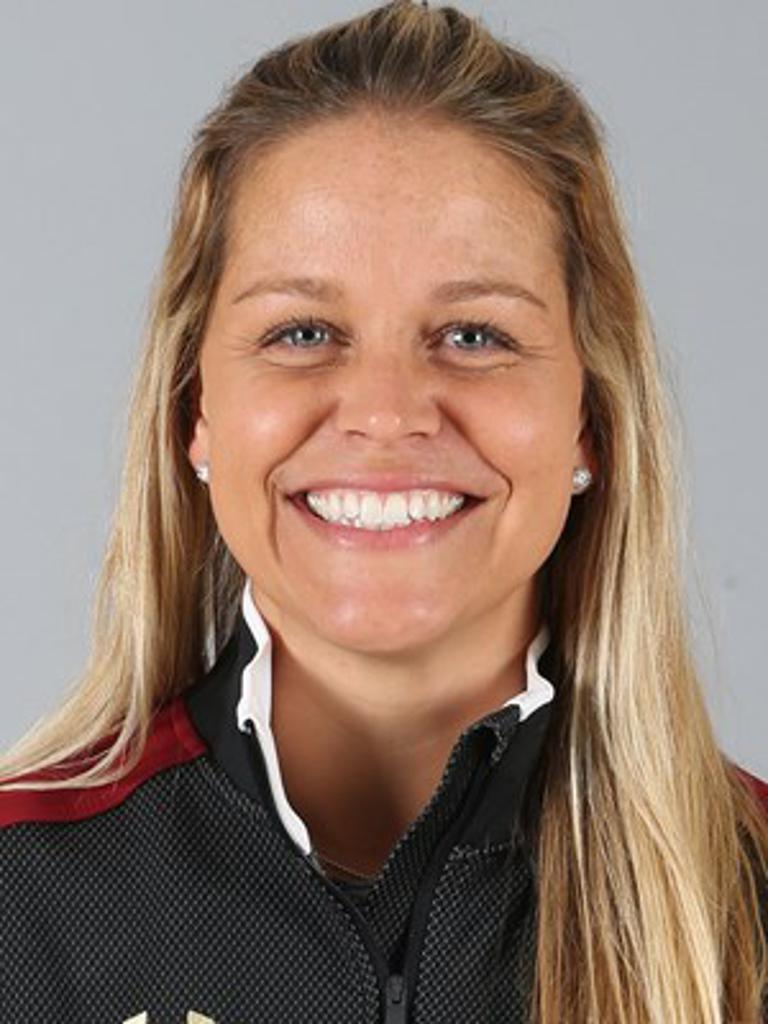 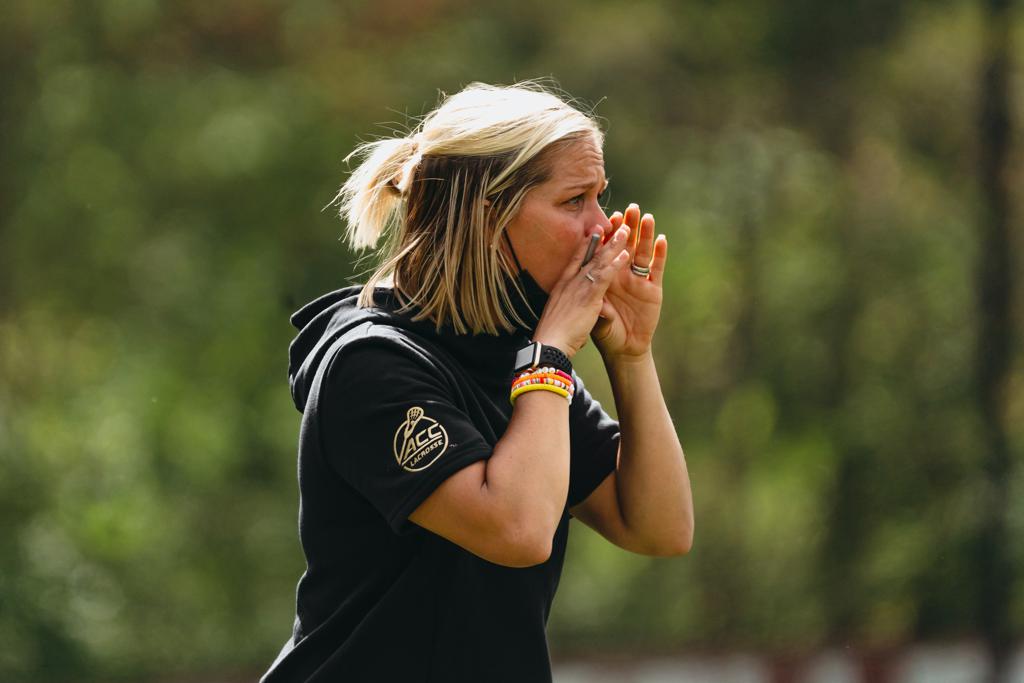 Jill Batcheller led the Dragons to new heights in the 2021 season and put Drexel on the map as a serious contender. In a year of firsts, Batcheller led a program that only put up four wins in 2018 to regular season champions, a national ranking as high as #10, a #4 RPI and a top national ranking in three different stat categories. The Dragons went on several runs in 2021, including an eight-game win streak from March 20 to May 7. Batcheller tallied her 100th career victory in the Dragons final regular season matchup of the year against Towson. After having their impressive 2020 run cut short, Batcheller pushed the Dragons to a 13-3 overall record and an appearance in the CAA Championship matchup and NCAA Tournament for the first time in program history. The Dragons were only the third team in Drexel Athletics history to receive an at-large bid to the NCAA Tournament. Following the conclusion of the regular season, Batcheller was named the Dragons first ever CAA Coach of the Year. In addition to her own accolades, Batcheller also mentored the CAA Player of the Year, CAA Goalkeeper of the Year, a Tewaaraton Top-25 nominee and had two athletes receive IWLCA All-American status. The Dragons entered their NCAA matchup against Rutgers favored to make a run in the tournament, but had their season cut short in a tough 16-13 loss to the Scarlet Knights in the opening round. 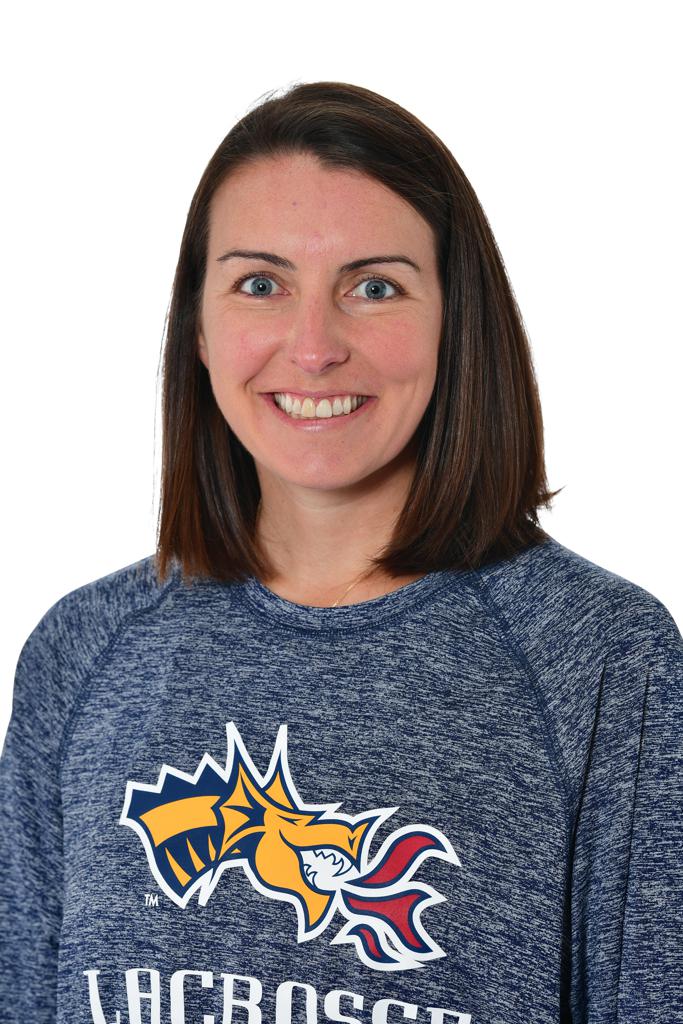 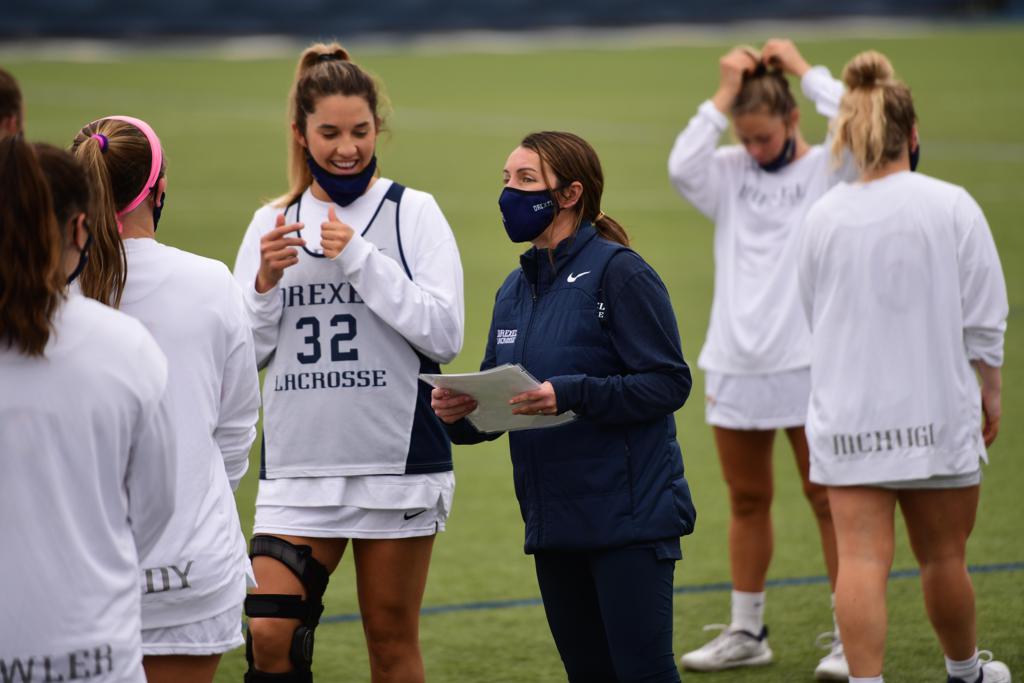 In 2021, Jenny Levy guided North Carolina to 20 consecutive wins to open the season, a fifth consecutive Atlantic Coast Conference championship and its ninth trip to at least the NCAA semifinals in the last 12 tournaments. Levy led UNC to its 12th final four and ninth ACC regular season title under her tutelage, running its winning streak over the 2020 and 2021 seasons to 27 games. That 27-game winning streak is the longest in school history and the seventh-longest in NCAA annals. UNC posted a perfect, 9-0, record in the ACC regular season, the top conference in America, and went 18-1 against IWLCA-ranked teams overall in 2021. Carolina led the nation in scoring defense (at 6.57 goals allowed per game) and outscored its 2021 opponents by 9.05 goals per game (ranking third nationally). The Tar Heels’ 20 wins tied the UNC program record. UNC won its sixth overall ACC Tournament, and Levy’s ACC coaching peers voted her the 2021 ACC Coach of the Year for the sixth time. At the end of the season, the National Lacrosse Hall of Fame named Levy as a 2021 inductee into its ranks. 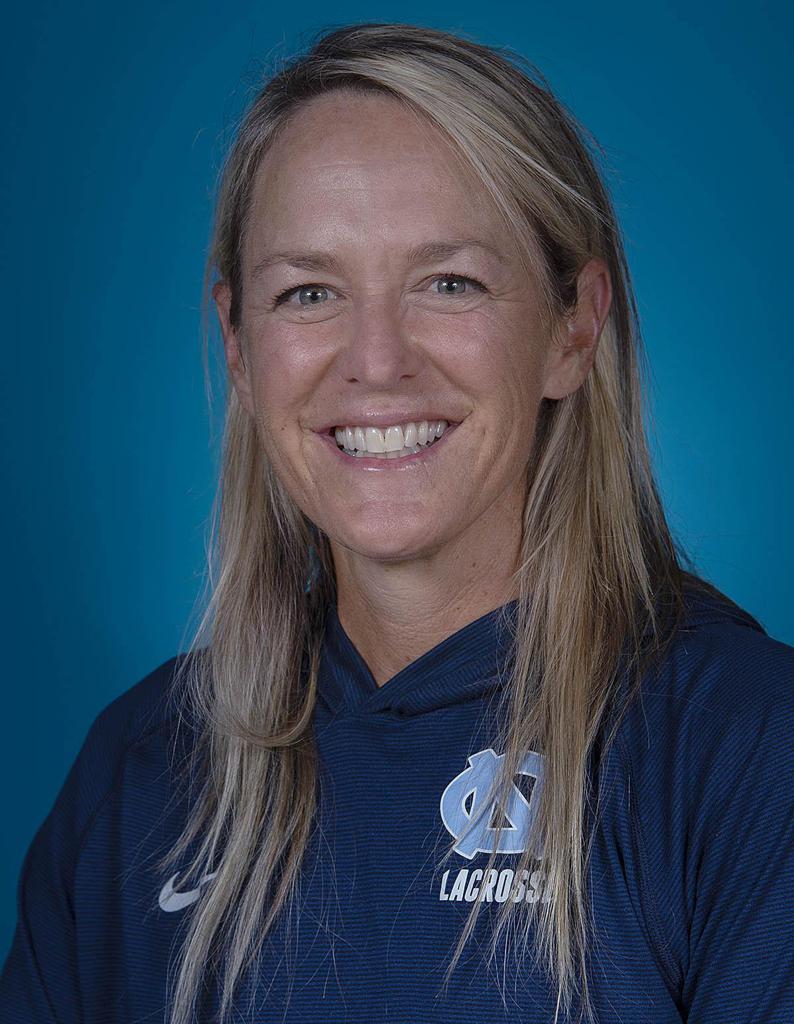 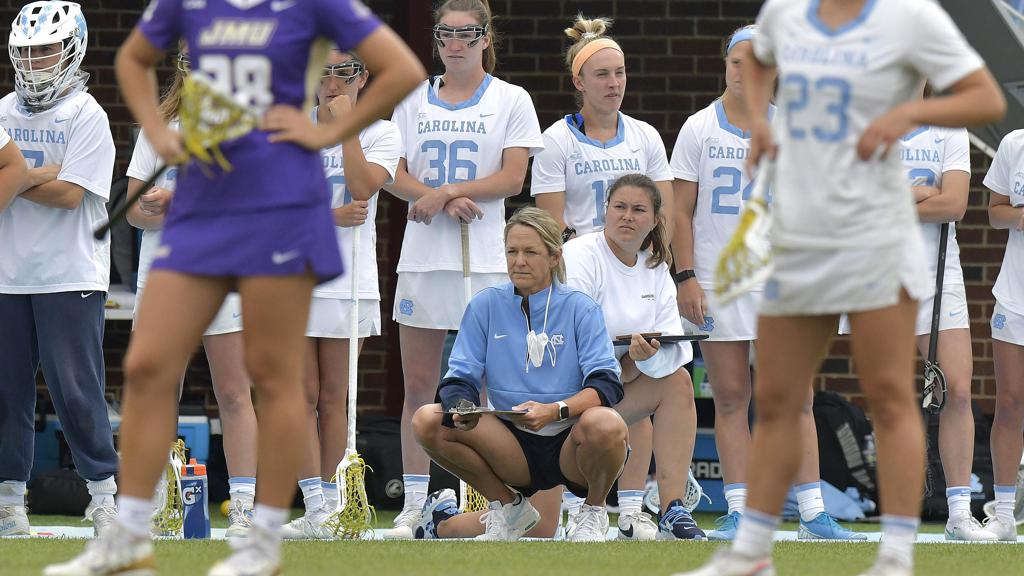 Kelly Amonte Hiller led Northwestern women’s lacrosse to a 15-1 season in 2021 that saw the Wildcats reach the national semifinals. The campaign was one for the record books as Northwestern posted a perfect 11-0 regular season en route to capturing the program’s first-ever Big Ten regular season title and conference tournament championship. The 2021 Big Ten Coach of the Year guided Northwestern to historic offensive numbers as the Wildcats led the country in scoring (20.12), points per game (28.75), draw controls per game (19.19), shots per game (39.81) and shots on goal per game (30.06), while NU’s 9.25 scoring margin was the second-best nationally. The 20.12 goals per game is an NCAA record. Amonte Hiller mentored Izzy Scane, who was a Tewaaraton Award finalist and 2021 Big Ten Attacker of the Year, as she broke the NCAA record for goals per game (6.12) and the Northwestern single-season record for goals with 98. 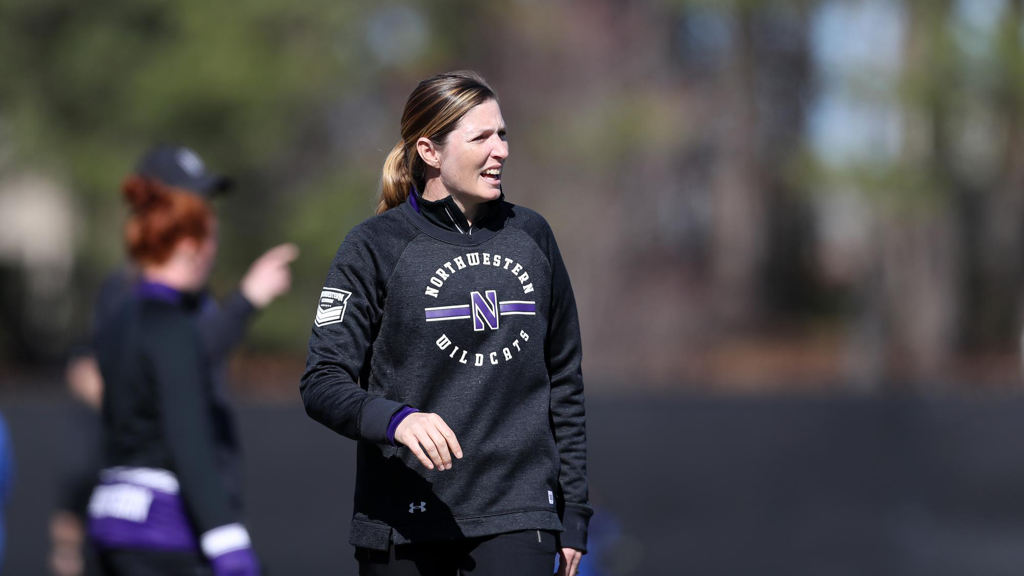