The individual Community Awareness Award recognizes those student-athletes who have contributed significantly to their community in a given academic year. These students have given their time and energy to support and develop athlete-community relations and have distinguished themselves from their peers. 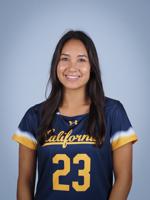 Roxas, currently a junior studying political science and media studies, was heavily involved in several racial justice activities this year, including playing a leadership role in the planning and execution of Racial Justice Unity Games for each team at Cal. She was a member of the Student-Athlete Racial Justice Council that educated and advocated within the athletic Department, and spoke about her experience as part of the “Leadership Showcase” organized by the Cameron Institute. Roxas also spearheaded the “Go Bears Go Vote!” initiative, which promoted voter education and registration among student-athletes and athletic department. She was involved in planning her team’s One Love Foundation games, Head Strong Foundation Game, and the LGBTQ+ Bears United Pride Games.

Roxas was awarded the Walter A. Haas Jr. Service Award by the Cal Athletic Department for her commitment to service to the University and larger community. The midfielder has played in 42 of 44 possible games in her career with 14 starts over the last three seasons, and registered 10 goals, five assists, 21 ground balls, nine caused turnovers and three draw controls. Roxas was part of a team that in the fall of 2020 had the top GPA (3.72) of all 30 Cal Athletics teams. 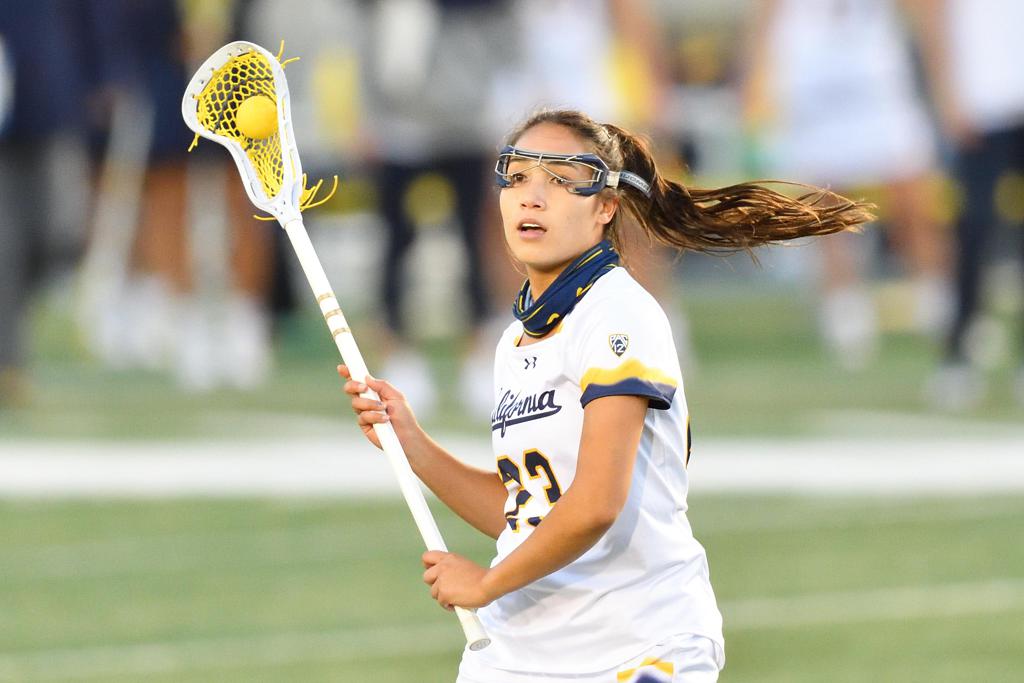 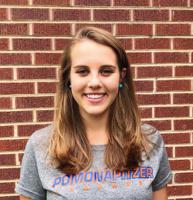 Herrmann, a senior majoring in organizational studies, served as the Community Engagement and Outreach Chair for the Pomona-Pitzer SAAC. Her work this year focused on supporting student-athlete welfare, diversity and inclusion programming, and increasing connection during a period when her institution was virtual. She planned a “Run to the Polls” Bingo Challenge to increase voter engagement, that included a virtual Halloween Relay across multiple states and time zones during the fall. One of her major achievements in the spring was a “Make it Clean, Make it Green” event to encourage outdoor garbage collection by students. Additional activities Hermann worked on this year were “Iron Chef Claremont,” a community engagement activity, the Pitzer College’ Racial Justice Initiative, and in her role on the Pitzer College Senate, the Academic Planning Committee’s BA program in organizational studies for prison inmates.

Herrmann also volunteered with the Youth Mentoring Action Network counseling high school students and their families regarding the college application and financial aid process and served as a volunteer youth lacrosse coach. She has served as the captain of the women’s lacrosse team for the past two years and was named a second-team All-SCIAC selection after the 2019 season. Additionally, Herrmann is a four-year member of the SCIAC All-Academic Team. 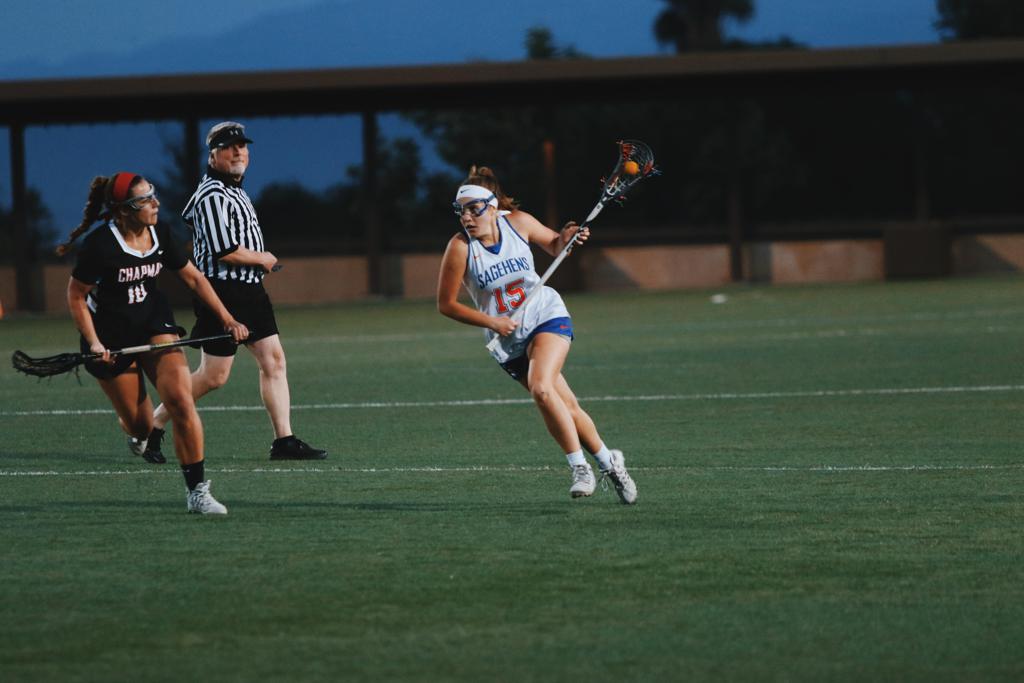 The purpose of the Team Community Awareness Award is to recognize one team in each Division that has contributed significantly to their community during the previous academic year. Academics are not part of the award, and at least 50% of the team’s roster must have participated in community service activities to be eligible for the award.

The Red Flash women’s lacrosse team members were very active this year, starting last August when they organized Flash Packs with Love, to collect, organize and distribute back to school supplies to local elementary schools. The team spearheaded a diversity and inclusion initiative which featured sales of a t-shirt they designed to benefit the Black Student Union. Other team activities included a Thanksgiving Food Basket drive, adopting a local family over the holidays to raise money to buy the children Christmas presents, the Make a Wish Walk, the “Minis4Many” fundraiser for a local shelter, collecting donations for the Soles 4 Soles organization, Paper Bridges letter writing campaign for orphans, and a Game Day Hair Havoc awareness game to raise money for the Head Strong Foundation. The team’s efforts were led by their captains, Livia Baker, Amanda Heidt, Peyton LeConte, and Emileigh Scott, and seniors Sam Scott, Katie Page, Shea Moran, and Katie Kincaid.

The Yellow Jackets handled the challenges of the pandemic with some creativity when it came to interacting with Allie, their Team IMPACT teammate. They used FaceTime, team family challenges, and social media to maintain connection and keep Allie motivated throughout the year. Other causes included the We Play for Relay to benefit the American Cancer Society, where they raised the highest amount of any group on campus, and a goods drive for Hanover Safe Place. The team both raised money and collected personal hygiene donations for a local women’s shelter. Captains Erin Mattone and Kaylyn Hewes, along with seniors Sarah DiFazio, Natalie Webster, Taylor Sheppard, Kendall Griffis, and Bella Samper, were the driving force behind the teams’ service activities. 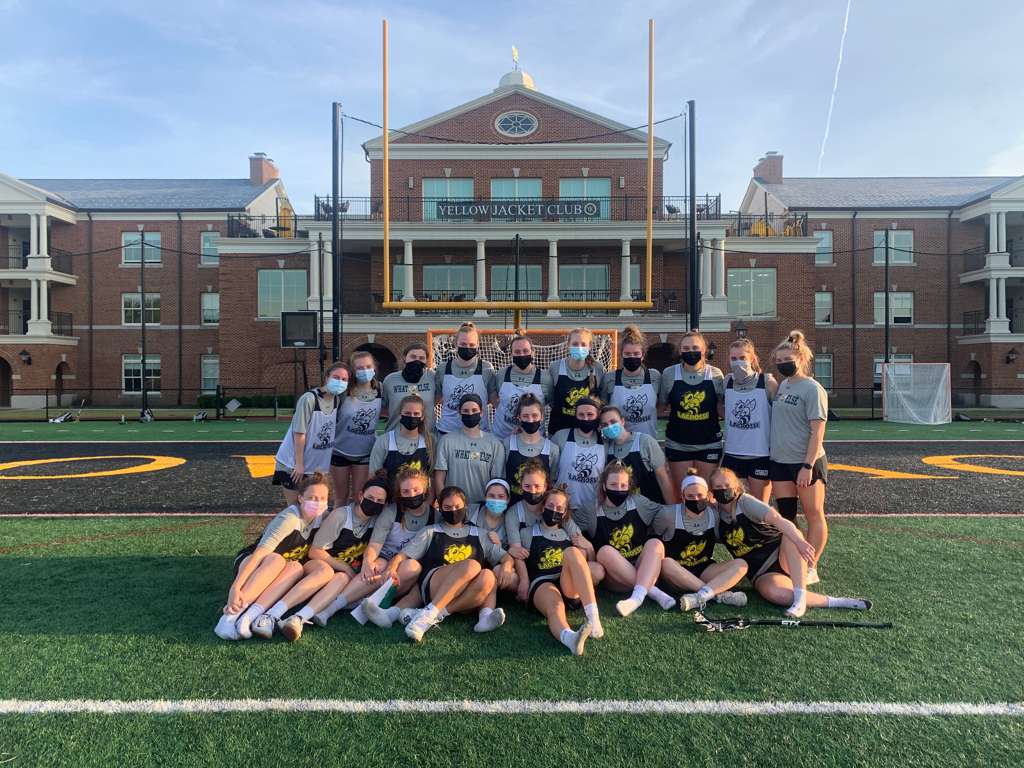 The Midland squad engaged in several different activities to benefit multiple groups this year, including working with Habitat for Humanity and the Humane Society. The Warriors also staffed a youth lacrosse clinic for third through eighth graders and read Christmas stories to elementary school students via Zoom. They put their muscles to work over the winter when they participated in community snow removal efforts for elderly residents, and again in the spring when they led field clean-up efforts on campus. Midland’s captains, Masey Jay, Hannah Scheivert, and Dominique Hernandez, and seniors Carissa Wilson and Haley Weimer, led the team’s service efforts this year. 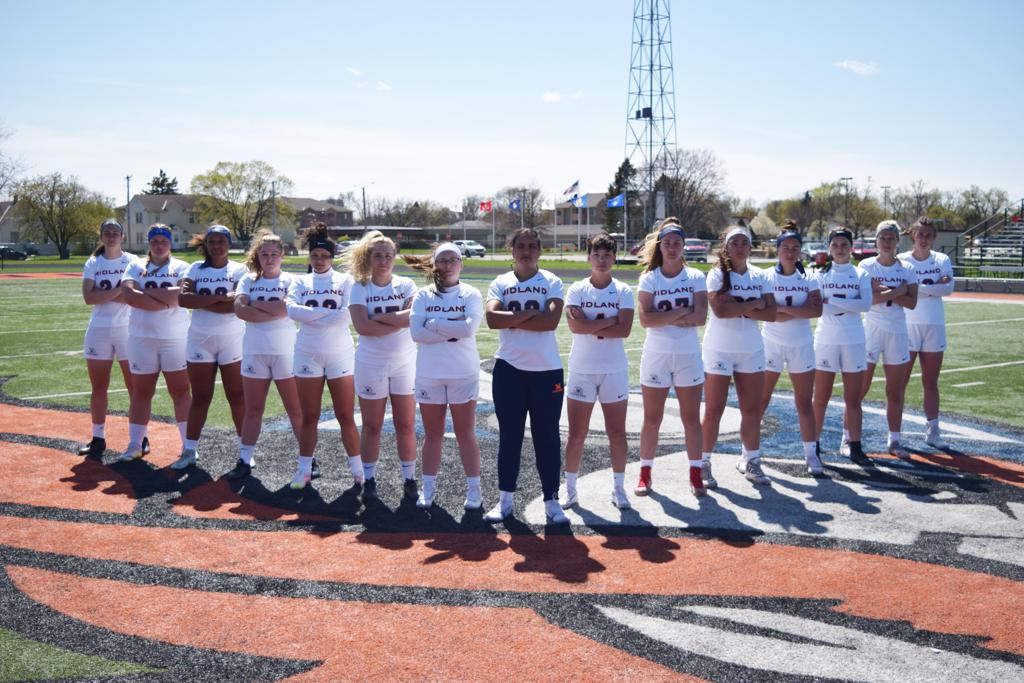