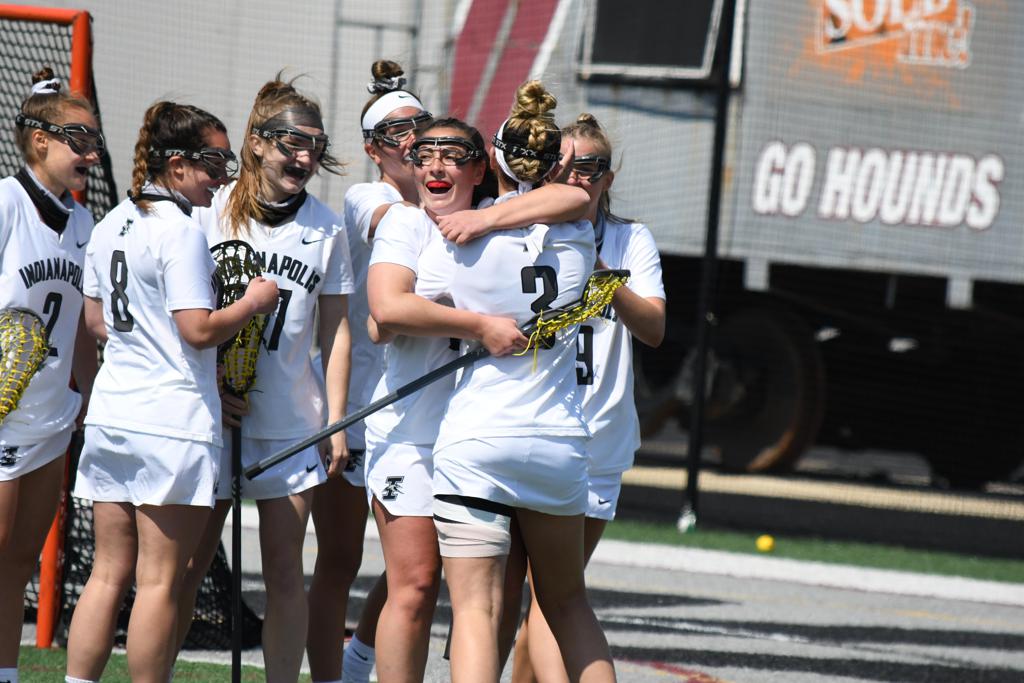 UIndy (9-0) collected 20 first place votes to solidify their hold on the top ranking in this week’s Division II Coaches Poll. Lindenwood (8-0) and Le Moyne (7-0) continue to apply pressure, remaining undefeated and firmly ensconced in the second and third spots in the poll. West Chester (7-0), Queens (10-1), and Tampa (5-1)  each moved up a spot this week. Florida Southern (4-1) dropped to seventh after losing a one-goal game to Rollins (4-1), moving the Tars back into the top ten at number nine, while Grand Valley State (6-1) and East Stroudsburg (7-1) held their positions at numbers eight and ten respectively. There was very little movement in the rest of the poll, and no new entrants this week.

With only a few games between ranked opponents this week, there aren’t a lot of opportunities for teams to climb the charts, but notable games include: #13 Bentley at #21 Saint Anselm on Tuesday, Tampa (#6) at Saint Leo (#22) on Wednesday, and #19 Pace at Adelphi (#11) on Thursday. Saturday is a much busier day, as #3 Le Moyne visits Adelphi, #10 East Stroudsburg travels to #4 West Chester, #25 Mercyhurst is at #23 Seton Hill, and #16 New Haven plays host to Pace.