North Carolina Remains on Top of Division I Coaches Poll 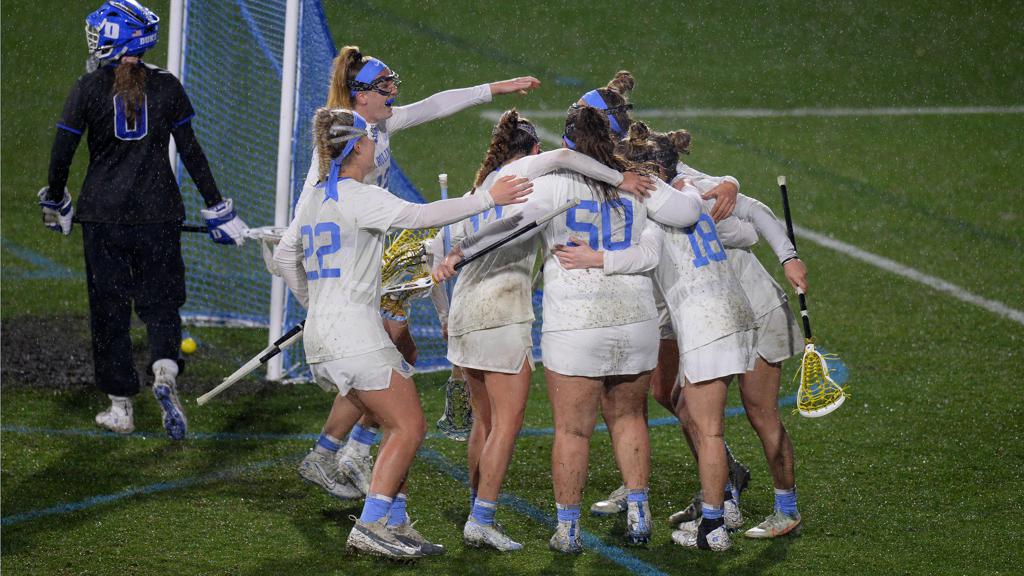 North Carolina (5-0) held onto the number one ranking in the IWLCA Division I Coaches Poll, collecting all 25 first place votes this week, while Syracuse (2-0), held strong in the second spot. Northwestern (3-0) moved into third, dropping the idle Notre Dame team into fourth, followed by Stony Brook (2-2) in the fifth position. Towson (4-0) entered the poll this week, landing at #16 after beating Loyola 13-7, dropping the ‘Hounds (0-2) to #14.

This week’s top-twenty-five matchups include #22 Massachusetts at #11 Boston College on Tuesday, and Rutgers (T-14) at Michigan (#21) and Penn State (#7) at Northwestern (#3) on Friday. The weekend features #8 Virginia hosting #25 Louisville, #13 Virginia Tech at #4 Notre Dame, Boston College at top-ranked North Carolina, and #2 Syracuse at #10 Duke on Saturday. #16 Towson welcomes #5 Stony Brook on Sunday, while Rutgers and Michigan, and Penn State and Northwestern complete their second game of the weekend.

The IWLCA Division I Coaches Poll is published on Mondays throughout the regular season.