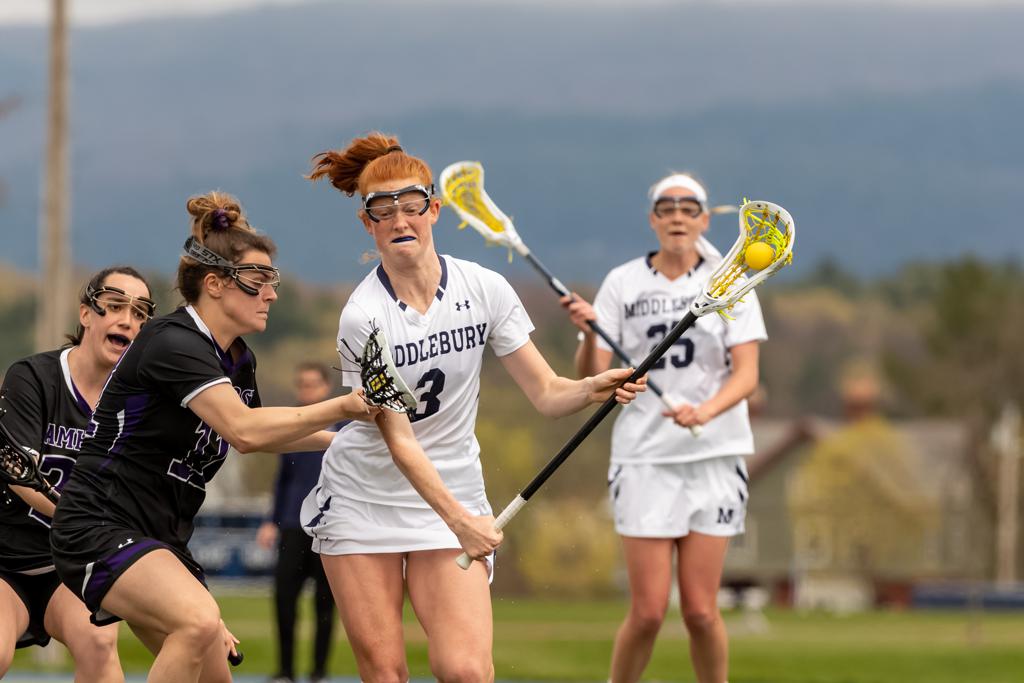 Photo by Will Costello; courtesy of Middlebury Athletics Communications.

There was no movement in the top half of the poll, and very little movement in the back half; Geneseo (4-1) and Pomona Pitzer (7-0) each moved up two spots, and several other found themselves ranked a spot higher. There were a minimal number of games played last week before the NCAA announced on March 12 that it would cancel the 2020 spring sports championships due to the COVID-19 public health threat.

This is the final IWLCA Division III Coaches Poll of the 2020 season.