The IWLCA has chosen six NCAA student-athletes for the IWLCA/StringKing Player of the Week awards for the week of March 9 – March 15, 2020. This weekly award recognizes the best offensive and defensive performances by payers in Division I, II, and III each week during the regular season. This is the final week that the IWLCA/StringKing Players of the Week will be recognized in 2020. 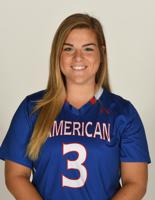 Harkins broke three program records in the Eagles win over Presbyterian (19-9). Her 12 points and 11 assists were both single-game records, and brought her to 34 assists this season for a single-season record after only seven games. The 11 assists also ties the single-game Division I record and is a season-high for Division I players, and the 12 points also ties for a single-game high in Division I. Harkins, a senior attacker, also leads the country with 4.86 assists per game and is tied for first with 7.43 points per game.

Hoeg tied her season high and became top-ranked North Carolina's all-time leading scorer with eight points as the Tar Heels rallied from a two-goal halftime deficit to beat #6 Northwestern, 20-18, on the road. With four goals and four assists, the senior attacker boosted her career points total to 261, breaking Corey Donohoe's school record of 256, set from 2008-11. Already UNC's all-time assists leader, Hoeg now has 162 in her illustrious career. Hoeg's eight-point effort was her fifth in seven games this season. Her 30 assists are already tied for the eighth most by a Tar Heel in a single season. 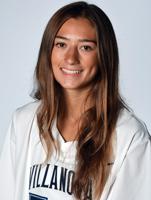 Moro made 12 saves to lead Villanova to a 13-11 win over cross-town rival Temple last week. The sophomore goalkeeper recorded a save percentage of .522 after facing 30 shots in the game. She has played every minute in net during the Wildcats’ eight games this season. Moro also won this award on February 25.

Meneilly scored six goals (on seven shots) in Le Moyne’s 16-12 win over sixth-ranked UIndy last Thursday afternoon. The sophomore attacker scored four of the top-ranked Dolphins’ first nine goals and connected on six of her seven shots, while also picking up a ground ball in the winning effort.

Plumer helped the Wolves to a huge 22-9 win over non-conference opponent Emmanuel last week. The freshman midfielder scored six goals  on nine shots, including the game winner, and added five assists, five draw controls, and one caused turnover to the cause.

Bednarski totaled five goals and six assists in Stevens' 14-6 victory over Union last week. The six assists moved Bednarski, a senior attacker, into first place on the program's career assists leaderboard. Her 11-point outing is tops in the MAC Freedom this season and Bednarski is the active leader in Division III points. 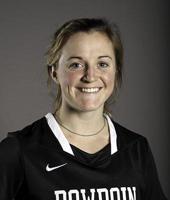 In her final career game for #13 Bowdoin, Finnerty was outstanding in a 15-10 victory at #17 Colby last Thursday night. She tied her career high with five goals, sparking an 8-0 Polar Bear run midway through the game, and also dished out an assist in the win. The senior midfielder totaled seven draw controls in the contest and set a new school record with 11 ground balls. 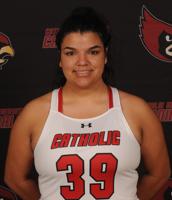 Hernandez made a career-high 19 saves, including 11 in the second half, as the #10 Cardinals posted a 14-9 road win over Washington College last week. The senior goalkeeper led a second-half effort that saw Catholic outscore Washington, 9-4, to break open a 5-5 tie at halftime. Hernandez also contributed four ground balls to her team’s effort.