The IWLCA has chosen six NCAA student-athletes for the IWLCA/StringKing Player of the Week awards for the week of March 2 – March 8, 2020. This weekly award recognizes the best offensive and defensive performances by payers in Division I, II, and III each week during the regular season. 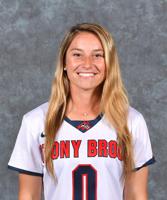 Dougherty made a season-high 14 saves (10 in first half) in the Dukes 16-6 win over #21 Penn State last week. The junior goalkeeper finished the week with .645 save percentage, 5.92 GAA, five ground balls, and one caused turnover as #14 James Madison also defeated Rutgers by a 16-5 score. 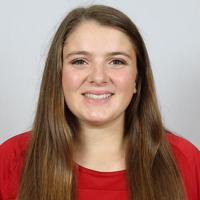 Iamele notched 10 saves in a dominating upset victory over then #6 Regis, 17-5. Iamele came off the bench for the Mocs and limited the Rangers to just one goal over the final 44 minutes of the game. The junior goalkeeper also made an appearance against Wingate and allowed one goal in 15 minutes between the pipes. Iamele picked up the victory against Regis and also chipped in with three ground balls and a caused turnover last week, as Florida Southern remained ranked seventh in the IWLCA Division II Coaches Poll.

Faria, a sophomore attacker, led the Generals with seven goals and one assist last week. She totaled the seven goals on just 11 shots (.636 shooting percentage). Against third-ranked Gettysburg, Faria totaled four goals on six shots, as Washington and Lee upset the Bullets, 12-9, and moved into the top five, landing at #4 in the latest IWLCA Division III Coaches Poll.