IWLCA/StringKing Players of the Week: February 11, 2020

The IWLCA has chosen six NCAA student-athletes for the IWLCA/StringKing Player of the Week awards for the week of February 3-9, 2020. This weekly award recognizes the best offensive and defensive performances by payers in Division I, II, and III each week during the regular season.

Cerasi posted four goals and two assists in a 15-11 win against #5 Boston College on Saturday, helping the Minutewomen to their first win against the Eagles since 2008 and marking its first win against a top-five opponent in program history. The senior attacker, a 2019 IWLCA second-team All-Region selection, was an integral part of the come from behind effort, as her team poured in six of the game’s final seven goals to claim the victory.

Gregg led the #10 Pioneers to a 17-13 season opening win against #20 Stanford, recording 14 saves, two ground balls, and two caused turnovers. The senior goalkeeper was a 2019 IWLCA second-team All-Region selection and also named the 2019 Big East goalkeeper of the year. 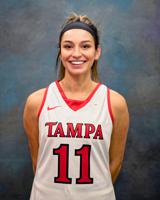 Vaccaro led the way for the sixth-ranked Spartans as they defeated the University of Huntsville in Alabama Chargers 22-11. In the game, the senior attacker scored a program-record seven goals. She scored those goals on seven shots and went on to add three assists to rack up 10 total points in the win.

Tanner’s team notched a 19-10 victory over #23 Saint Leo last week, and the junior goalkeeper posted 10 saves and two ground balls in the winning effort. With three games under her belt this season, Tanner has a .500 save percentage to go with a 7.02 goals against average. The #7 Tars are off to a 3-0 start and will welcome top-ranked Adelphi to campus on February 23. 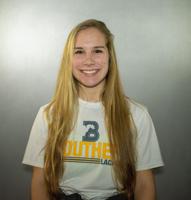 Cox was an offensive force for the Panther against Life University, scoring 10 goals on 16 shots to propel her team to a 17-16 win. With her performance, Cox set a new program record for career goals with 193. The senior midfielder also corralled eight draw controls, scooped up four ground balls, and caused two turnovers.

Bennett served up several career-highs in Rhodes' 20-3 dominating season-opening win over Southwestern University. The sophomore scored three goals on four shots and picked up three ground balls and caused four turnovers. Bennett finished the day with career-highs in assists (six), points (nine) and caused turnovers (four), leading an offense which scored on 20 of 28 shots on goal.