Robertshaw to Lead the IWLCA as Executive Director 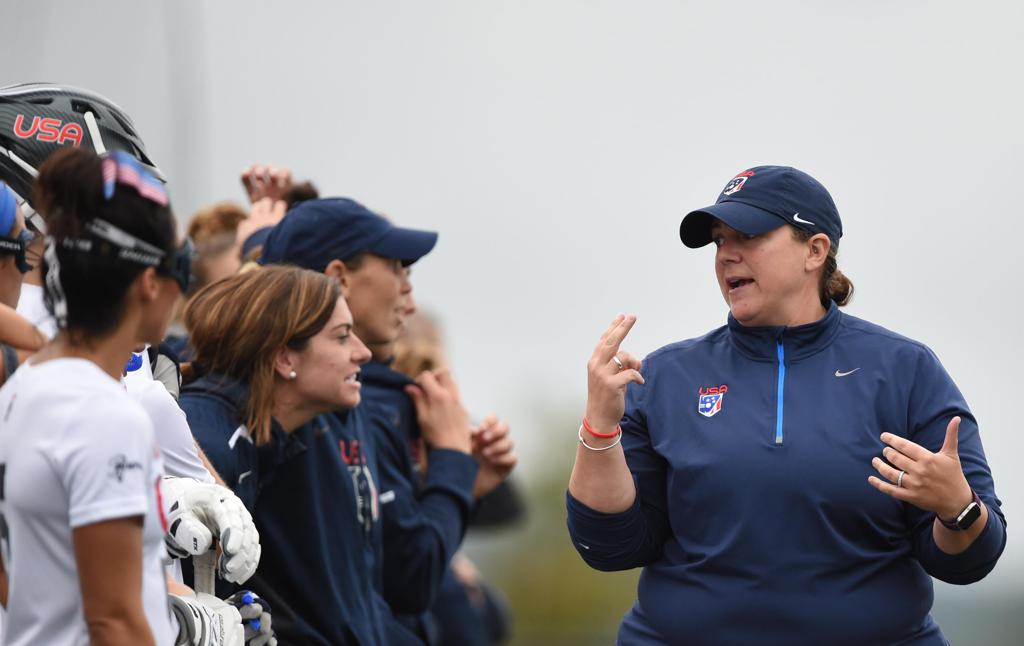 Photo courtesy of US Lacrosse.

Former college and U.S. national team coach Liz Robertshaw has been named the third full-time Executive Director of the Intercollegiate Women’s Lacrosse Coaches Association, as announced by the IWLCA Board of Directors on Wednesday.

Robertshaw follows the impressive 12-year tenure of Gothard Lane, who led the IWLCA through a remarkable period of growth for both the sport and the association. On January 1, 2020, Robertshaw will take over for Lane, who announced his retirement in August. 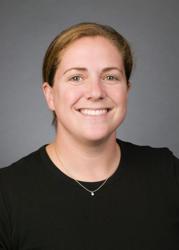 “Our Board was unanimous in receiving the recommendation of our Search Committee regarding Liz,” said Kathy Taylor, IWLCA President and head coach at Colgate University. “We asked our Committee to bring us the best leader for our Association at this point in time for the sport, and they did exactly that. Everyone knows how much Liz loves the game and how committed she is to supporting and advocating for our coaches. It is an exciting time for the IWLCA to begin another chapter of growth and outreach for women’s lacrosse.”

Robertshaw brings an extensive resume in the sport to the Executive Director role. She spent 20 years coaching at the Division I collegiate level, including a 15-year tenure at Boston University, appearing in five consecutive Patriot League championship weekends and earning six America East Championships. Robertshaw’s teams competed in the NCAA Tournament six times, advancing to the Quarterfinals on two occasions. This NCAA Tournament experience will enable Robertshaw to focus on improving the atmosphere and enhancing the exposure of the sport, a goal of the IWLCA Board of Directors. Women’s Lacrosse Championship bids for 2023-26 are due early next year.

In addition to collegiate coaching, from 2009-2017, Robertshaw served as an assistant for the U.S. Women’s National Team, winning two consecutive Federation of International Lacrosse World Cup gold medals. Robertshaw has sat on the US Lacrosse Board of Directors for the past two years as the IWLCA representative and worked closely with the newly formed US Lacrosse National Team Development Program which launched this past summer. This experience in the international lacrosse arena, and alongside US Lacrosse, has given Robertshaw a broader perspective on issues facing lacrosse and will serve as a foundation for the continued work to be done with the national governing body of the sport.

“I would like to thank the IWLCA Board of Directors for this amazing opportunity to serve an organization, and a membership, that means so much to me” Robertshaw said. “We are currently witnessing one of the most electrifying and expansive times in the game of women’s lacrosse. I’m excited about working with the Board, and the entire coaching body, to build upon this growth and position the IWLCA for a long and healthy future. Women’s lacrosse coaches are bright, passionate, and driven individuals who have the privilege to help shape young women across the country through sport. Our coaches’ association will strive to be the source of empowerment for every coach to achieve the highest levels of success and feel supported, and celebrated, along the way.”

Robertshaw has spent the past year on the forefront of the game, working with the Women’s Professional Lacrosse League (WPLL) and in particular running its WPLL Futures program. Robertshaw has also enjoyed broadcasting and analyst stints with Lax Sports Network (LSN) and ESPN3.

Most recently, Robertshaw served as the Clinic Coordinator for the inaugural collaboration between the IWLCA and the One Love Foundation – Lax with Love, bringing top notch lacrosse instruction with powerful healthy relationship training to middle school and high school students in six locations across the country. 61 IWLCA college coaches took part in this one-day clinic that reached over 380 young women and their families, with all proceeds going to support the One Love Foundation.

As a student-athlete at George Mason University, Robertshaw earned All-American honors in both her junior and senior year, a historic first for the George Mason women’s lacrosse program. During her playing career, Robertshaw was a two-time captain, three-time all-conference selection, a member of the Colonial Athletic Association’s Silver Anniversary Team, and received the 1998 Aimee Willard Award given to the best collegiate player at the US Lacrosse National Tournament.

The process to identify Lane’s successor began in late-summer, and was keyed by a Search Committee comprised of the following:

Samantha Ekstrand, IWLCA Legal Counsel, served as the staff liaison for the search. The group was additionally assisted by Rick Chryst, Senior Vice President/Of Counsel, with Dietz Sports & Entertainment. Chryst, who oversees the College Division of Dietz Sports, has over 30 years of experience at the NCAA Division I level, including positions as Assistant Commissioner of both the Southwest Conference (1989-1992) and Atlantic Coast Conference (1992-99), as well as Commissioner of the Mid-American Conference (1999-2009).

“I am so excited to welcome Liz Robertshaw as our new Executive Director. Liz follows in the great footsteps of Gothard Lane, who put this organization in such a strong position, and we will always be grateful for his leadership. I think this will be a very smooth transition for Liz because of all of her experience with the IWLCA. She has been part of this organization for a long time and understands what we need to succeed, grow and get even better. I am confident Liz will do a great job of taking this organization to the next level.”

“Liz Robertshaw will bring tremendous passion and energy as the next Executive Director of the IWLCA. She has served in various leadership positions within the IWLCA for the past 15 years and has a thorough knowledge of the strengths and challenges to our organization. She also brings extensive experience across all levels of the sport, from Team USA down through the club circuit, which will position her well in assisting the IWLCA in our strategic planning and vision for the future. Liz is a service-oriented individual and I know her forward-thinking leadership will be a valuable asset to the IWLCA in the years ahead.”

“The IWLCA is a group of passionate and engaged professionals who take the spirit of the game and the purpose of athletics to heart. I have complete confidence that Liz will use her experience and vision to lead the IWLCA into new and exciting directions while building on the successes enjoyed during Gothard Lane's tenure. It is an exciting time for our sport, and Liz has the ability to engage a myriad of stakeholders invested in our growth. She is a forward-thinking and passionate proponent of our game and organization. I look forward to having her feet hit the ground as we embark on this next chapter.”

“Liz is the perfect hire for the IWLCA Executive Director position. She is passionate, thoughtful, forward-thinking and a true leader. She made an incredible impact while working with the WPLL and we will certainly miss her organization and vision for our Futures program. We wish Liz the best of luck in this next phase of her journey.”

“Liz Robertshaw’s passion for the women’s game and its growth is virtually unparalleled, and I’m excited for her next chapter as the IWLCA’s Executive Director. Gothard Lane has done a tremendous job helping to solidify the IWLCA as one of the strongest college coaches’ associations in the country. Under his guidance, the IWLCA and its membership has helped create and ultimately implement legislation that has changed our sport for the better—at every level of the game—in addition to generating new opportunities for both players and coaches, alike, through IWLCA events and ongoing initiatives.

Women’s lacrosse is at an exciting crossroads, with tremendous growth at the youth and collegiate levels, increased exposure, professional and international opportunities, and more. The IWLCA has played a significant role in all of the above, and I think Liz will continue to help lead that charge.”

“Liz Robertshaw is a wonderful choice to succeed Gothard Lane as IWLCA Executive Director. Her deep knowledge of and authentic passion for women’s lacrosse, as well as her strong connections within the sport, make her an ideal selection. In recent years, I’ve been fortunate to have the opportunity to work with Liz in her capacity as a member of the US Lacrosse Board of Directors, and I have no doubt that she will serve our sport well in this IWLCA leadership role. I look forward to working with her in the years to come to strengthen and expand the partnership between our organizations.”