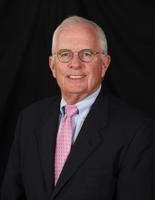 The IWLCA announced today that Gothard Lane, who has served as the organization’s Executive Director since 2007, has decided to retire effective December 31, 2019. A national search for Lane’s successor has commenced, led by a search committee chaired by Ricky Fried, IWLCA Vice President and head coach at Georgetown University.

Lane was hired by the IWLCA in September of 2007 and has led the IWLCA through a period of transformative growth. He was instrumental in creating a series of IWLCA Recruiting Tournaments and in fostering partnerships that have promoted the growth of the game, most notably the IWLCA’s leadership gift to US Lacrosse.

“It’s hard to express how grateful our membership is for Gothard’s leadership over the past twelve years,” said Kathy Taylor, IWLCA President and head coach at Colgate University. “His tireless efforts on our behalf have positioned the IWLCA as one of the most successful coaches’ associations in the country, and his positive impact will be felt by our membership for years. We thank Gothard for his commitment to the IWLCA and the sport of women’s lacrosse and wish him all the best in his retirement.”

The IWLCA will honor Gothard Lane during the 2019 IWLCA Annual Meetings in West Palm Beach, FL on Friday, November 22. According to Fried, “We’re excited to celebrate Gothard and everything he has accomplished during his tenure as Executive Director. During the past decade, the growth of our sport and our organization has been remarkable. On behalf of our members, we appreciate the significant strides the IWLCA has made with Gothard at the helm.”