IWLCA Names 2019 Coaches of the Year in Division III

The IWLCA has named the 2019 National and Regional Coaches of the Year in Division III. All winners will be honored at the IWLCA Annual Meetings held November 20-22, 2019 at the Hilton West Palm Beach. 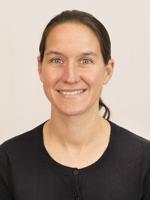 Livesay guided the Panthers to the program’s second NCAA Championship in the last four years and seventh overall in 2019. Middlebury finished the spring on a 22-game winning streak, tying a program single-season record 22 wins (22-1). The Panthers claimed their 10th overall NESCAC Championship after earning the top seed in the NESCAC Tournament following a 9-1 record in league action. Middlebury played against one of the toughest schedules in the country, playing 16 contests against teams ranked in the top 25 nationally. The Panther offense finished third in the NESCAC, averaging 14.35 goals per contest and concluded with a program record 330 tallies in 2019. Middlebury led the conference in ground balls with 453 and caused turnovers with 245, while boasting the top scoring defense in the league, allowing just 6.77 goals per game. The goals per contest allowed placed the Panthers 12th in Division III, while their 7.58 goal differential was 22nd.

Kim Williams led Wesleyan University to its greatest season in program history in 2019. Williams took over a struggling program four years ago, one that had never reached the NCAA Tournament before, but now, the Cardinals are national contenders. They have qualified for the national postseason three years in a row despite playing in the ultra-competitive NESCAC. This spring, Wesleyan advanced to the Final Four by defeating No. 9 Mary Washington, No. 2 Washington and Lee, and the two-time defending national champions, No. 1 Gettysburg on the road. The Cardinals finished fourth overall in the country with a program-best 17-4 overall record, while also going a program-best 8-2 in the NESCAC. Of the four losses, two were against the eventual national champions, Middlebury, and the other two were against Final Four contender Tufts. Wesleyan also finished the season with an 11-4 record against top-25 teams. Williams coached a program record four All-Americans and a program record four All-NESCAC selections. Additionally, junior All-American Abby Manning set single season program records in points (84) and goals (69), while leading the conference in both categories. 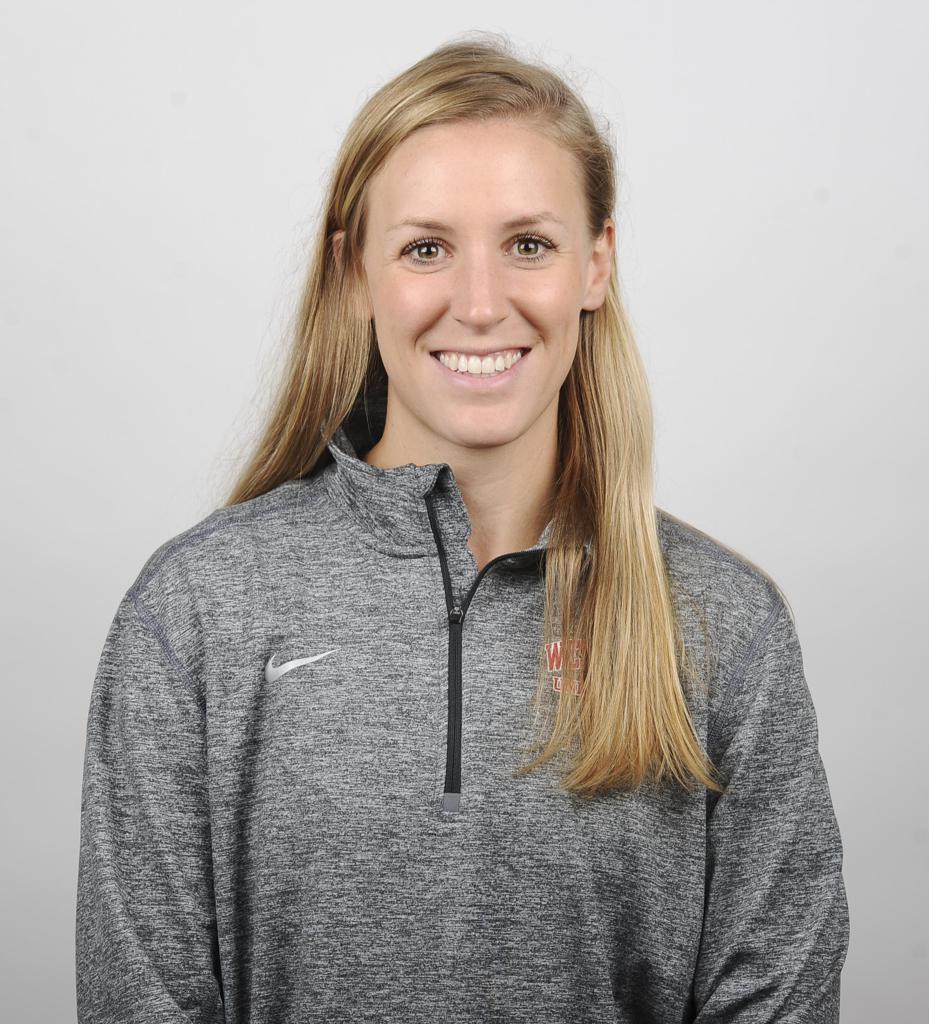 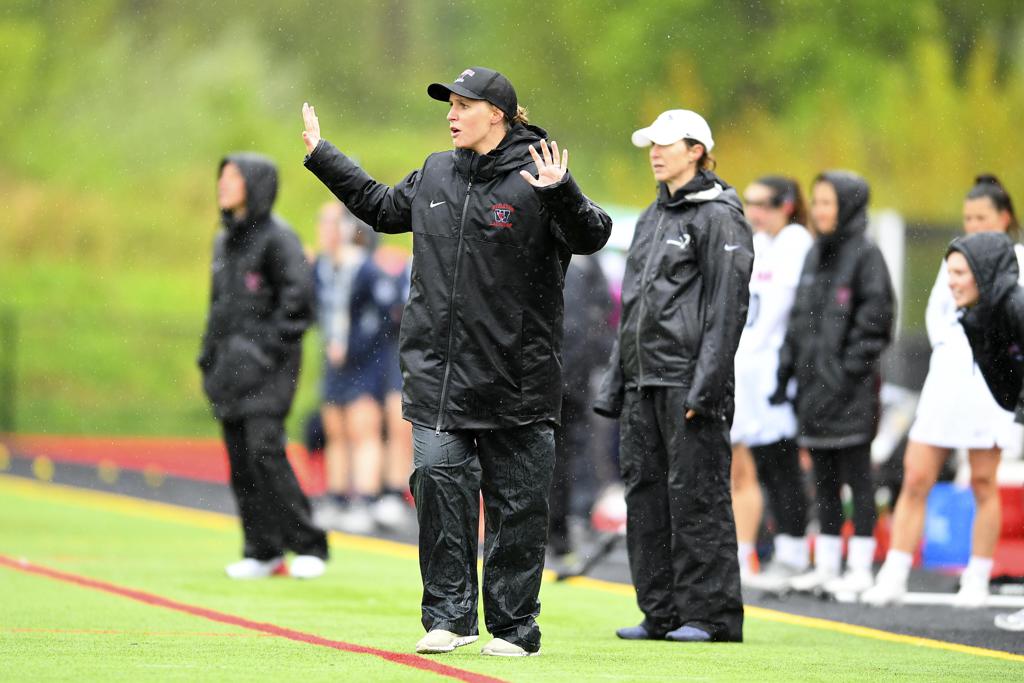 Returning to the bench after a two-year hiatus from coaching in 2019, Trescavage led Scranton to their best season in program history, as the Royals finished with a 16-3 mark. The Royals also ascended into the IWLCA Top 25 for the first time in program history throughout the course of the season, finishing the 2019 campaign ranked 20th nationally. Runners-up in the Landmark Conference for the fourth straight season, Scranton’s three losses came to teams who finished ranked in the final IWLCA Division III poll, as the Royals scored in double-figures in all but one game on the season, while allowing single digits goals 10 times throughout the course of the year. Trescavage also guided six players to IWLCA All-Boardwalk Region selections and junior Becca Russo to a selection on the IWLCA Division III All-American Second Team, becoming just the second Scranton player in program history to earn All-American accolades. 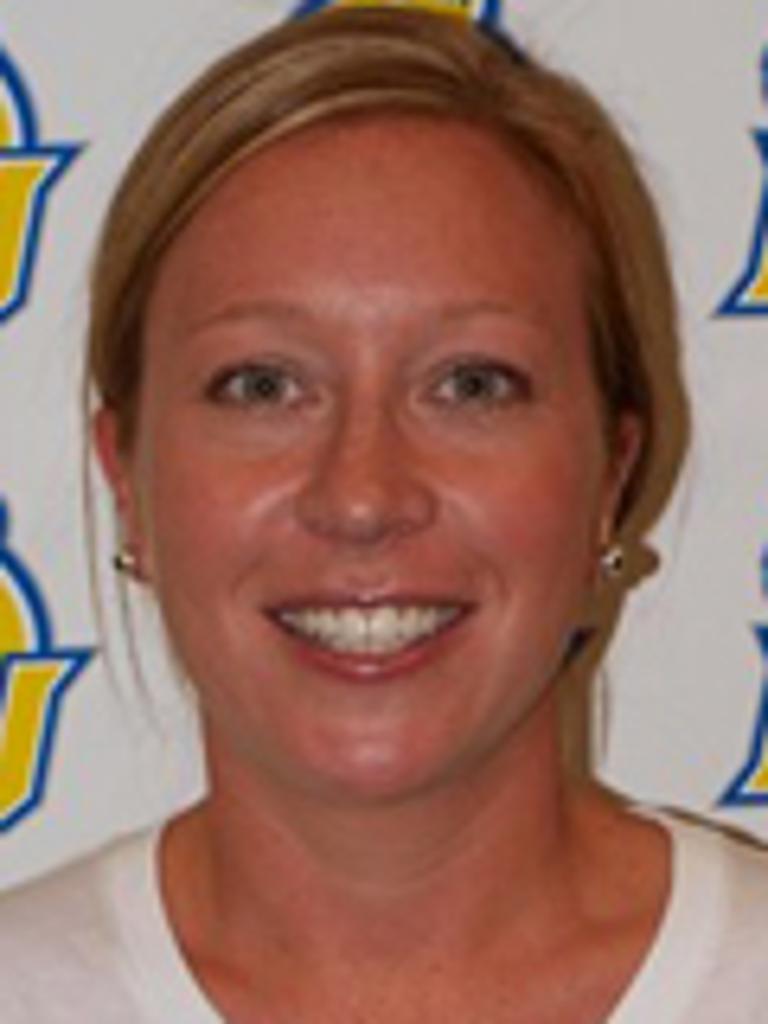 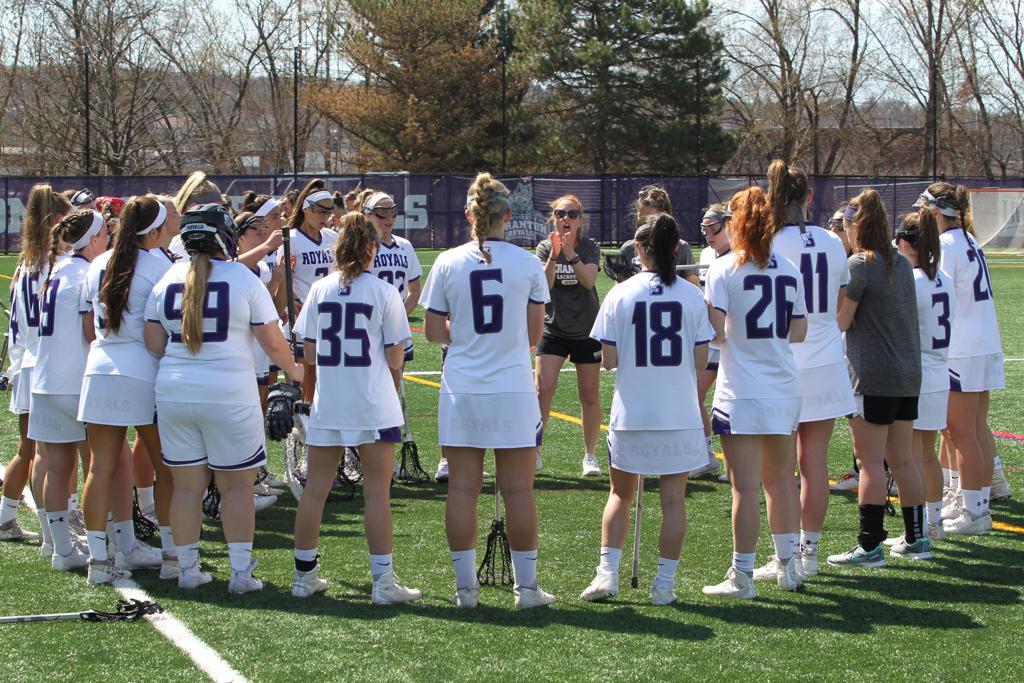 Brooke O’Brien, Washington and Lee University
O’Brien led the Generals to an 18-3 overall record in 2019, which included a program-tying 15-game winning streak. The Blue and White claimed its 10th straight ODAC title in early May and advanced to the NCAA Tournament Regional Semifinals. The 18 wins are the second-most in program history behind only the 2017 O’Brien led squad that went 19-2, and this year’s team was second in Division III in turnovers per game (11.86). The Generals also set a program record for goals in a season (351) and had the fourth-most goals in Division III this year. O’Brien was named the ODAC and VaSID Coach of the Year this campaign, as the team went undefeated at home (9-0). W&L earned four victories over Top 20 schools this season and the team finished the year ranked eighth in the IWLCA Coaches Poll. 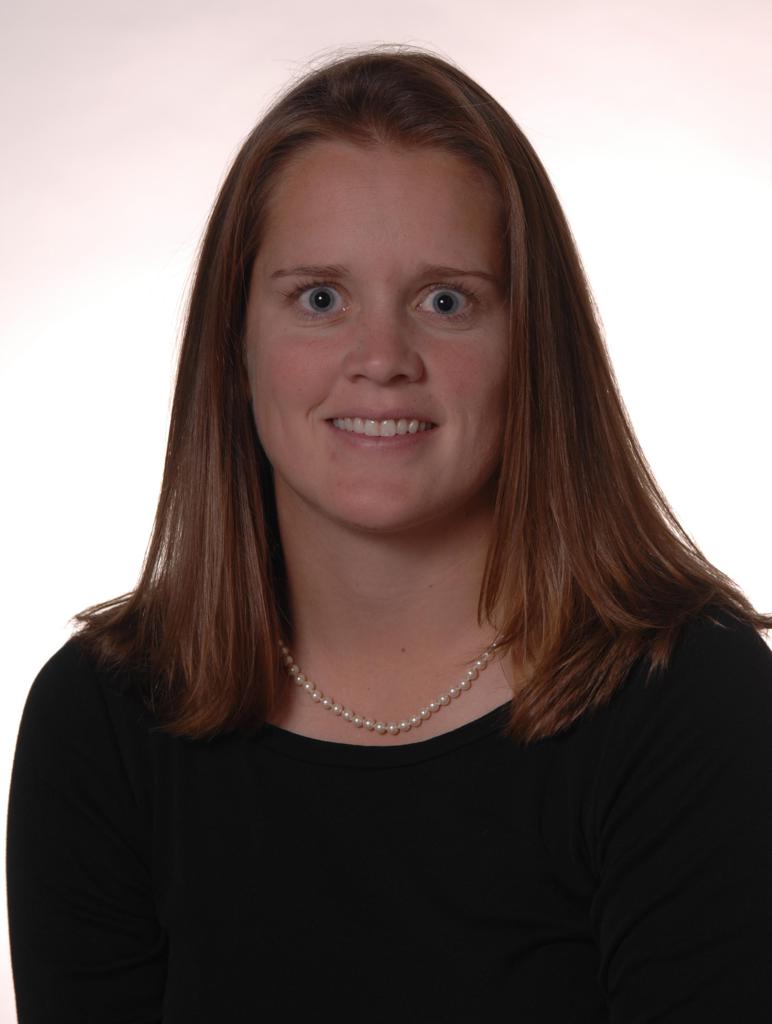 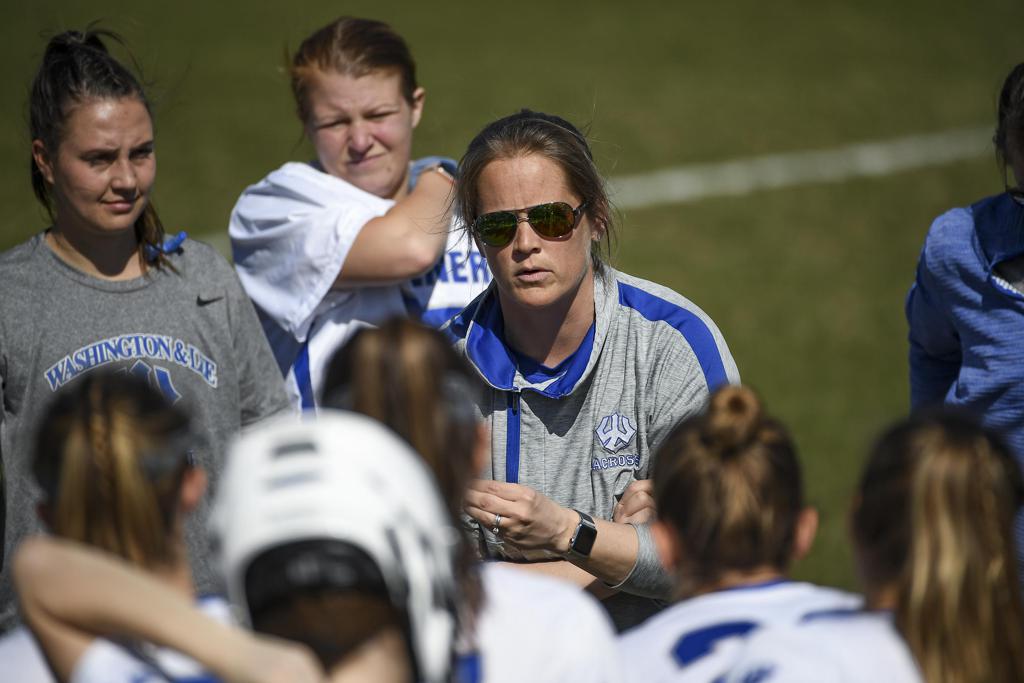 Phillips guided the Herons to a 17-3 overall record and their fourth consecutive Liberty League title in 2019. With a roster comprised of 21 first-years or sophomores, William Smith was 10-0 in conference play during the regular season and earned the league’s automatic bid into the NCAA tournament. The 17 wins this season are the second most in a season in program history. Phillips’ charges earned a league- high six All-Liberty League honors, including the Liberty League Defensive Player of the Year. The Herons finished 17th in the nation scoring defense (7.1 gpg). William Smith’s 12-11 win over Ithaca in the Liberty League Championship game was Phillip’s 200th win of her career. 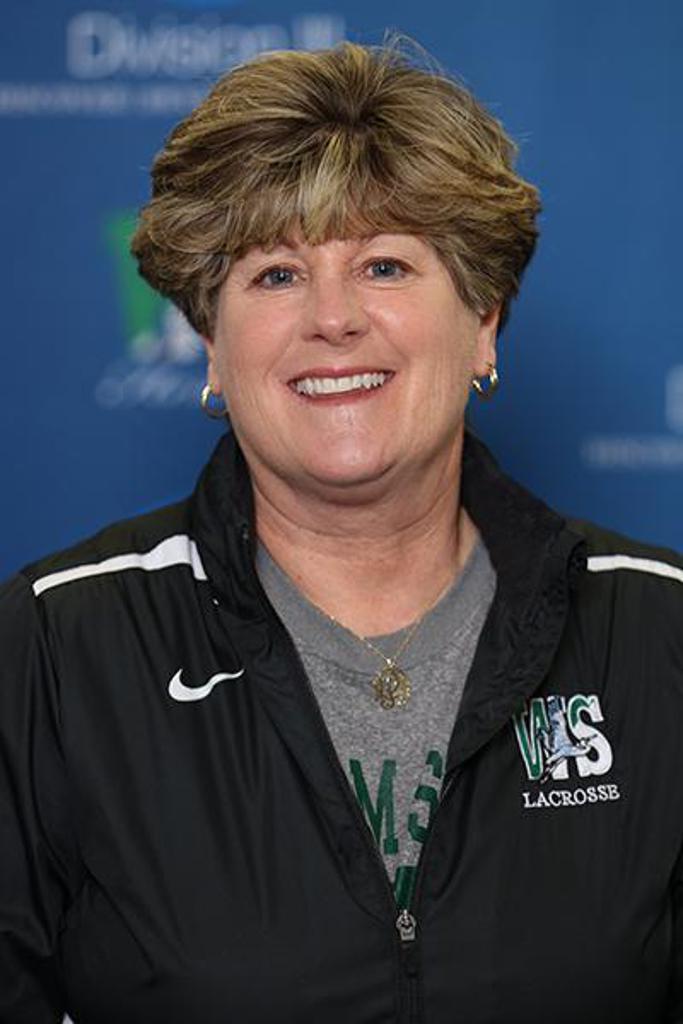 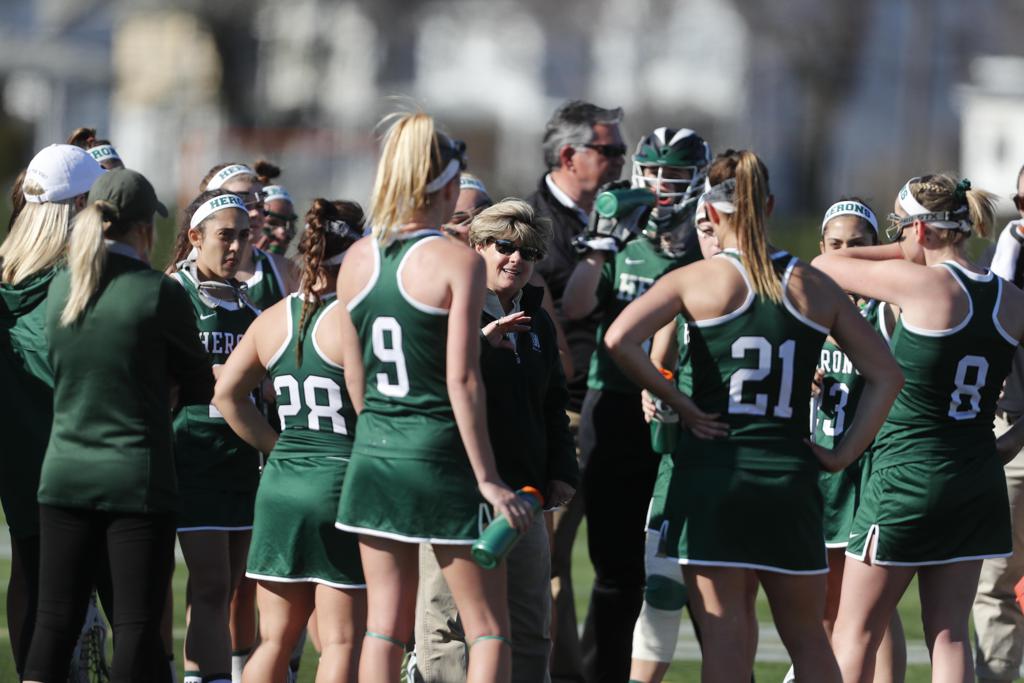 In 2019, Daniels and the Big Red rolled through the NCAC with another perfect 8-0 record. The team finished the year with a 16-5 record while facing one of the most difficult schedules in school history. Four of Denison's five losses came against nationally ranked opponents and on March 22, the Big Red defeated No. 23 Rowan, 16-15 in overtime. In the postseason awards, Jane Goodspeed was named to the IWLCA All-American team for the second time while repeating at the NCAC's Defensive Player of the Year. First-year Casey McTague was named the NCAC's Newcomer of the Year. Denison qualified for the NCAA Tournament for the 21st time and advanced to the NCAA Sweet 16 for the fifth time. 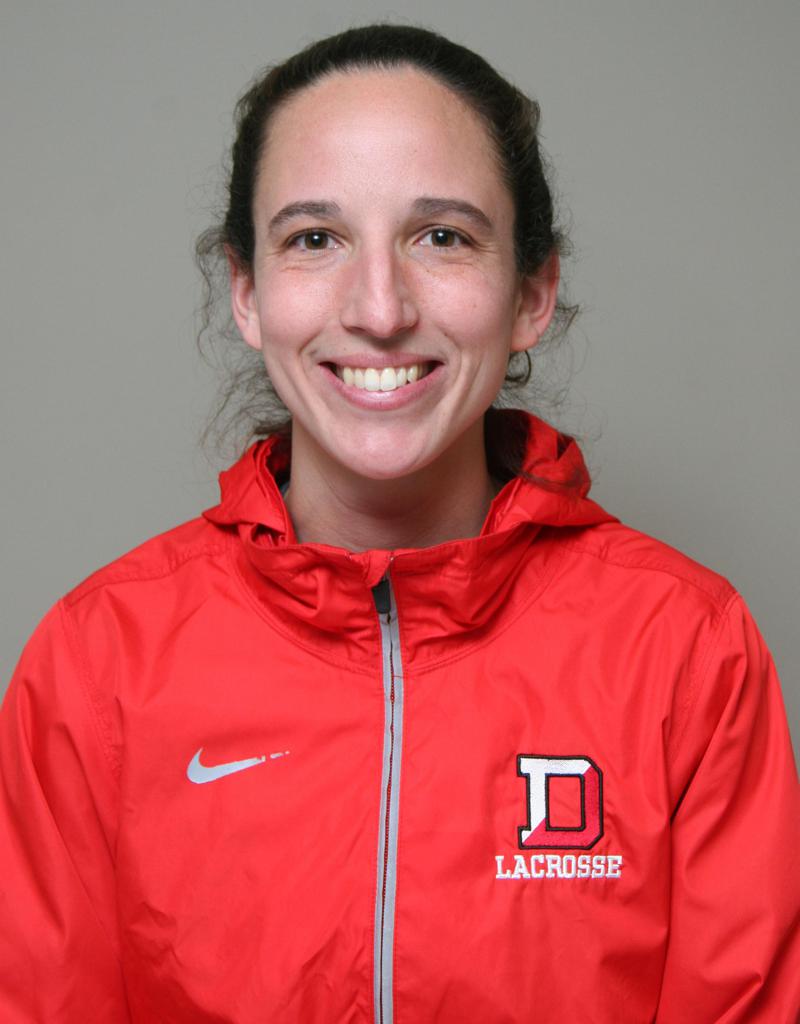 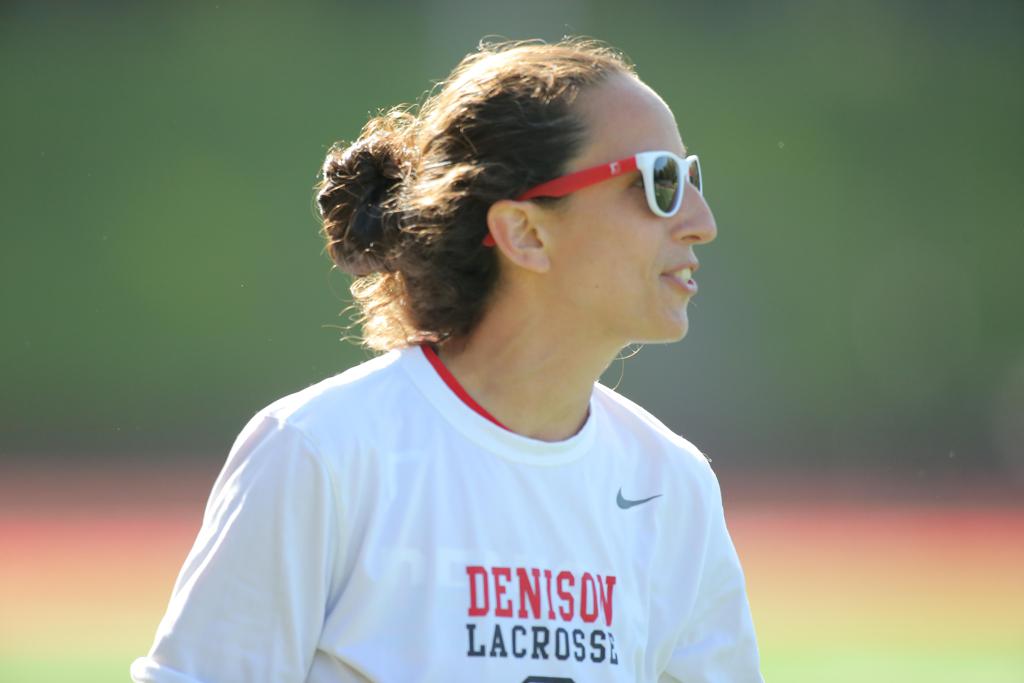 Jen Muston led the 2019 York College women’s lacrosse squad to a school-record 17 wins, their first-ever Capital Athletic Conference tournament championship and the program’s third straight NCAA Elite Eight appearance. Muston made her 12th year at the helm of the program one the most successful campaigns in the 14-year history of the program. The Spartans finished the year with a record of 17-6 as they won the elusive CAC crown with a 13-11 win at Salisbury on May 4. The Spartans won their first two NCAA Tournament games before falling to Tufts in the Elite Eight in Medford, Mass. On May 19. The Spartan senior class won a school-record 60 games over the last four years, the highest win total for any class in Spartan history. Muston was named the CAC Coach of the Year as seven Spartans earned All-CAC honors including senior Nicole Clauter who earned the Player of the Year award. Muston’s Spartans placed five players on the IWLCA All-Metro region team and four of those players earned IWLCA All-American honors with Clauter being tabbed as the IWLCA Defensive Player of the Year. Muston is now 159-69 in her 12 years at the helm of the program. 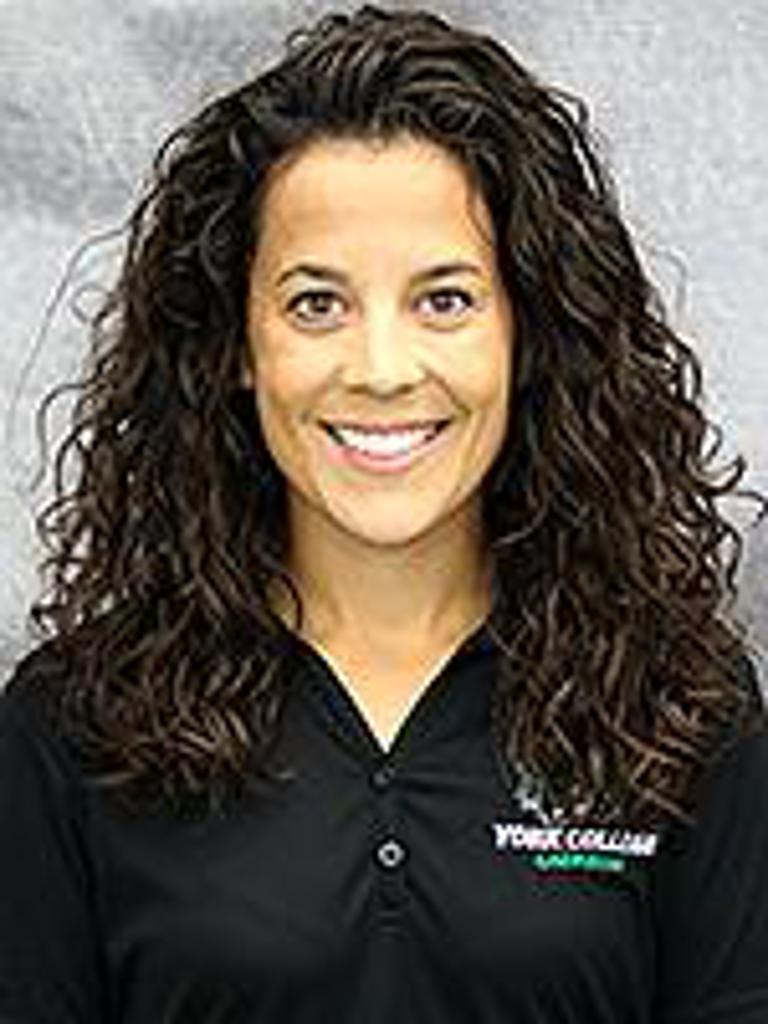 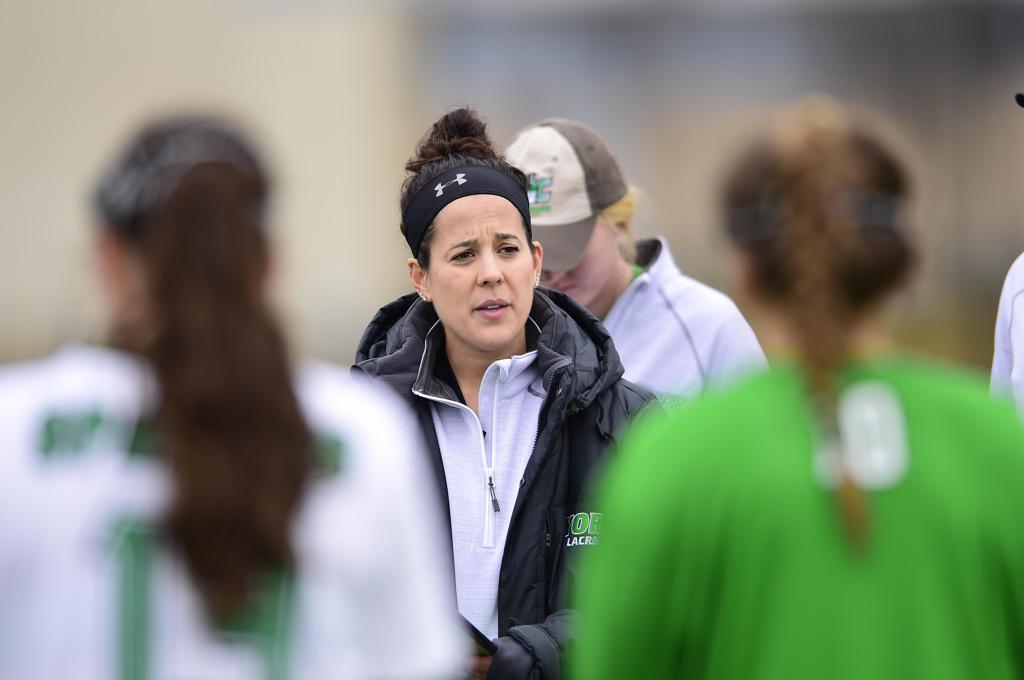 Head coach Susan Stuart-Elliott guided Colorado College to an 18-2 mark, which set program records for victories in a single season as well as its .900 winning percentage. The Tigers also began the season with a 15-game winning streak, which was a program record. CC earned its fourth consecutive and 11th all-time appearance in the NCAA Division III Women’s Lacrosse Championship. The Tigers advanced to a regional semifinal of the NCAA Tournament for the fourth year in a row by defeating George Fox University, 21-7. Colorado College was ranked No. 1 in the West Region and defeated the other five programs that were ranked and had posted a combined 73-17 record. The Tigers recorded road victories at No. 3 Claremont-Mudd-Scripps, No. 4 Pomona-Pitzer Colleges, No. 5 Occidental College and No. 6 Hamline University. Colorado College’s only losses were at No. 2 Salisbury and No. 14 TCNJ. The Tigers finished the season ranked 12th in Division III in scoring offense (16.08 goals per game) and 28th allowing in scoring defense (7.90 goals per game), as well as 13th in margin of victory (8.90). CC also was third averaging 9.90 assists per game and fifth at 26.70 points per game. Stuart-Elliott, the 2019 SCAC Coach of the Year, completed her 25th season at Colorado College with an all-time record of 272-122-1. 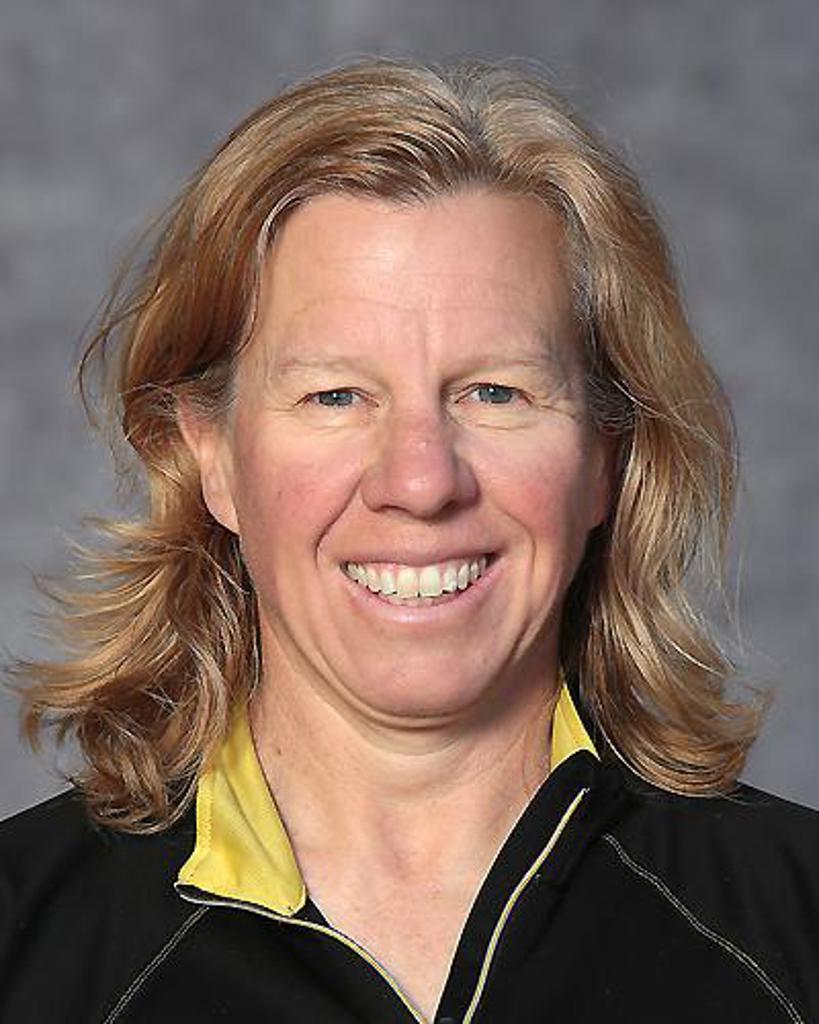 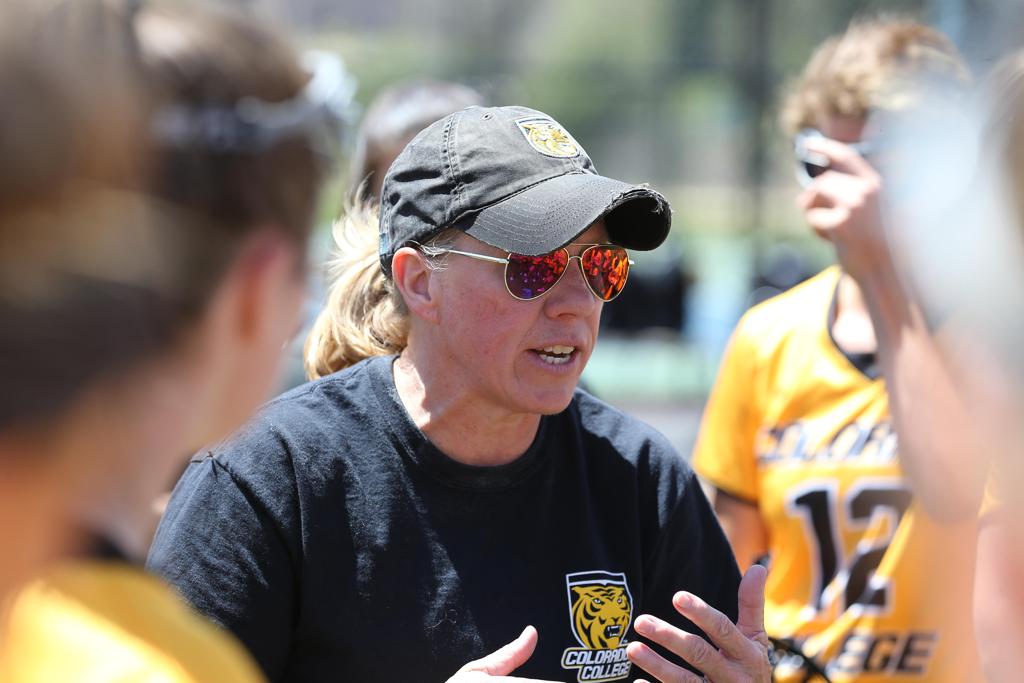