Maryland Finishes 2019 On Top of Division I Coaches Poll 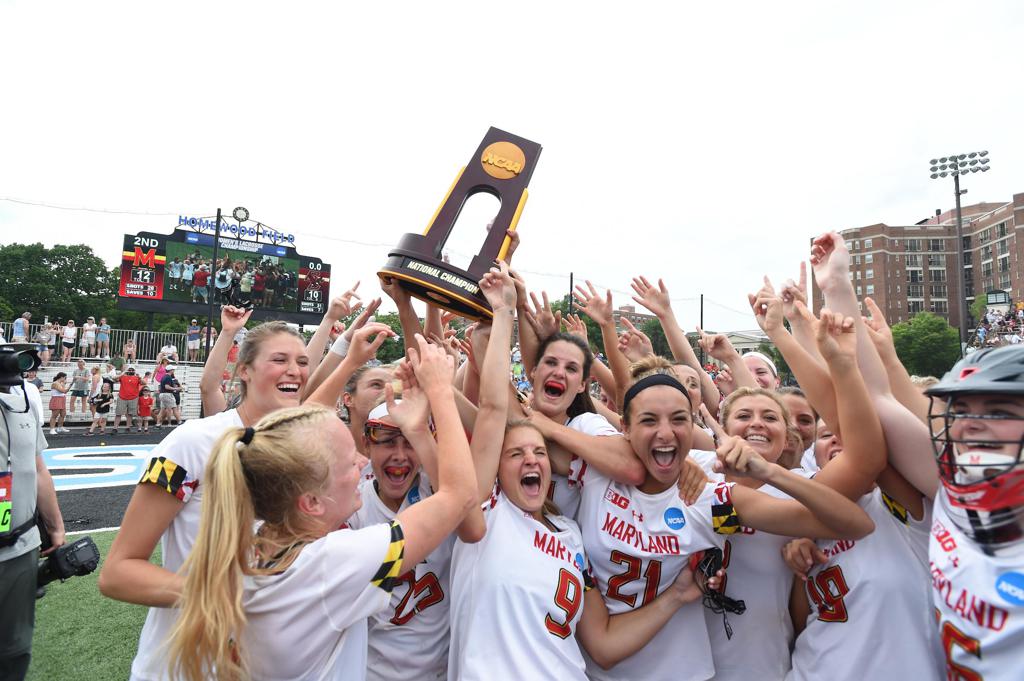 We have a new number one team in the final IWLCA Division I Coaches Poll of the 2019 season, as the University of Maryland (22-1) claims all twenty-five first place votes after winning their 14th National Championship on Sunday. The Terps defeated Boston College (22-2) by a score of 12-10 in front of 9,433 fans at Johns Hopkins’ Homewood Field. North Carolina (17-4), who fell to the Eagles 15-14 in double overtime in Friday’s semi-final match-up, finish the season in the third position, while Northwestern (16-5) finishes fourth after their NCAA tournament run ended on Friday with a 25-13 loss to Maryland. The biggest mover in the final poll was Denver (16-4), who jumped nine places to land at eighth after winning first and second round NCAA games before falling in the Quarterfinals to Maryland.

This is the final IWLCA Division I Coaches Poll of the 2019 season.