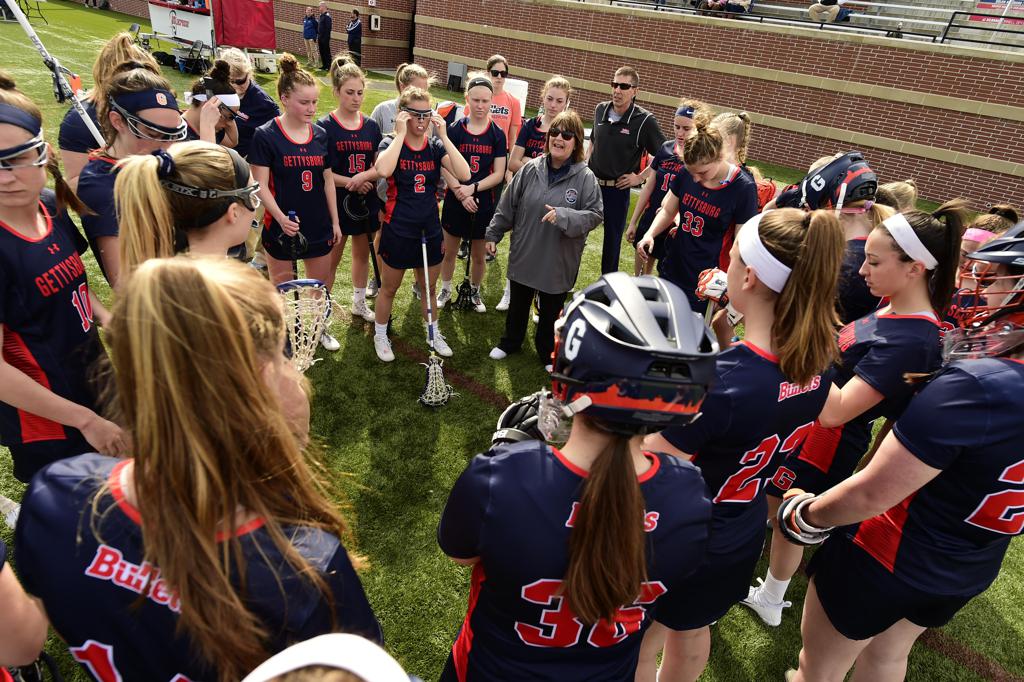 Gettysburg College (17-1) returned to the top spot in the Division III Coaches Poll after avenging their regular season loss to Franklin & Marshall (15-4) by defeating them in the Centennial Conference Championship game, 16-6. Last week’s number one team, Washington and Lee (17-2) drops one position in the rankings, while Middlebury (17-1) holds in the third spot. The Panthers claimed the NESCAC title by defeating Tufts (16-2) by a 10-9 score, and despite the loss, the Jumbos move up to fourth. Franklin & Marshall drops to fifth, York (15-5) won the CAC title and moved up to the sixth position, with a 13-11 defeat of Salisbury (16-3), who dropped to seventh in the poll. Wesleyan (14-3) sits in the eighth spot, Mary Washington (15-4) is ninth, and Catholic (15-4) rounds out the top ten.

The NCAA Division III Championship Tournament gets underway next weekend as 42 teams will vie for the 2019 title, including most of the top twenty-five.

The final 2019 IWLCA Division III Coaches Poll will be published on May 28.