Maryland Takes Over Top Spot in Division I Coaches Poll 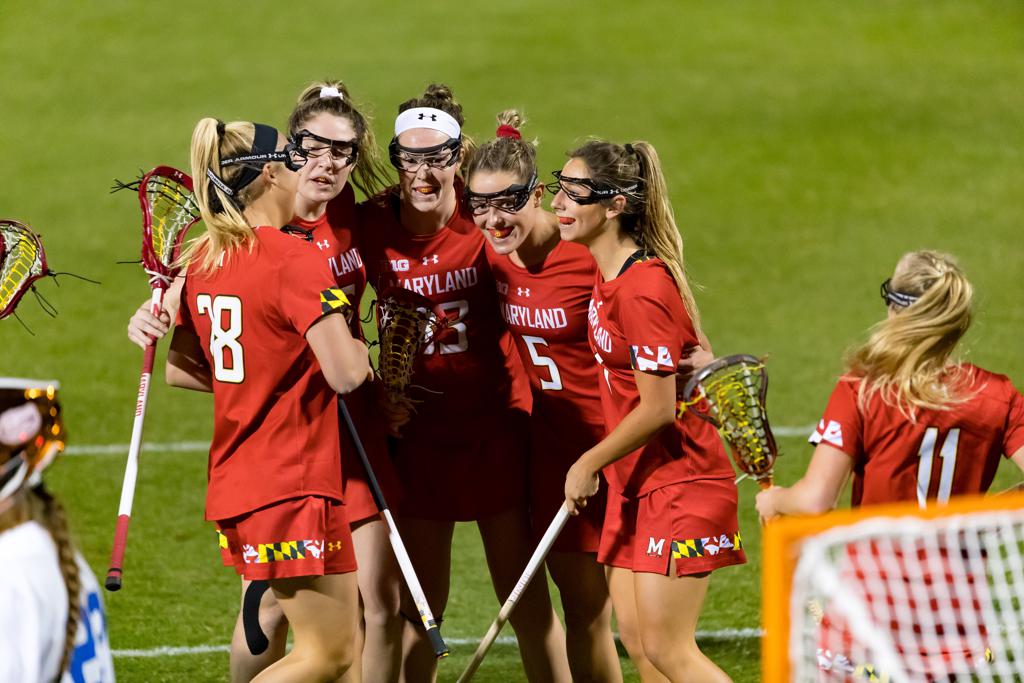 There’s a new top team in the IWLCA Division I Coaches Poll, as Maryland (17-0) collected 21 of a possible 25 first place votes to claim the number one ranking. Boston College (19-1) fell to the second spot after losing to third-ranked North Carolina (15-3) in the ACC Tournament Championship by a 15-13 score. Syracuse (15-4) held at number four after losing a one-goal game to the Eagles in the ACC Semi-Finals, and Northwestern (12-4) stayed put in the fifth position. Virginia (12-6) and Notre Dame (13-4) flip flopped at number six and seven, Michigan (15-2) held tight in the eighth spot, and Princeton (12-3) and James Madison (14-3) switched places at nine and ten. The rest of the poll remained largely unchanged with only minor shuffling, although Penn State (8-8) returned to the rankings at number twenty-five, knocking out Georgetown (9-8), who continues to receive votes.

Several conference tournaments will be underway this weekend, which means there will be a few Top-25 games to look forward to. The Big Ten tournament begins on Friday and will feature #1 Maryland against #25 Penn State in one semi-final and #5 Northwestern against Michigan (#8) in the other. The Ivy League tournament also kicks off on Friday, when #12 Penn will face Dartmouth (#T-18) in one semi-final, while #9 Princeton takes on unranked Cornell in the other. The Patriot League tournament semi-finals are on Thursday and there is the potential for a Top-25 matchup if both Loyola (#11) and #14 Navy advance to Saturday’s Championship game. Denver (#15) is the top seed in the Big East tournament and could potentially face Georgetown (RV) in that Championship.