Boston College is the Consensus #1 in Division I Coaches Poll 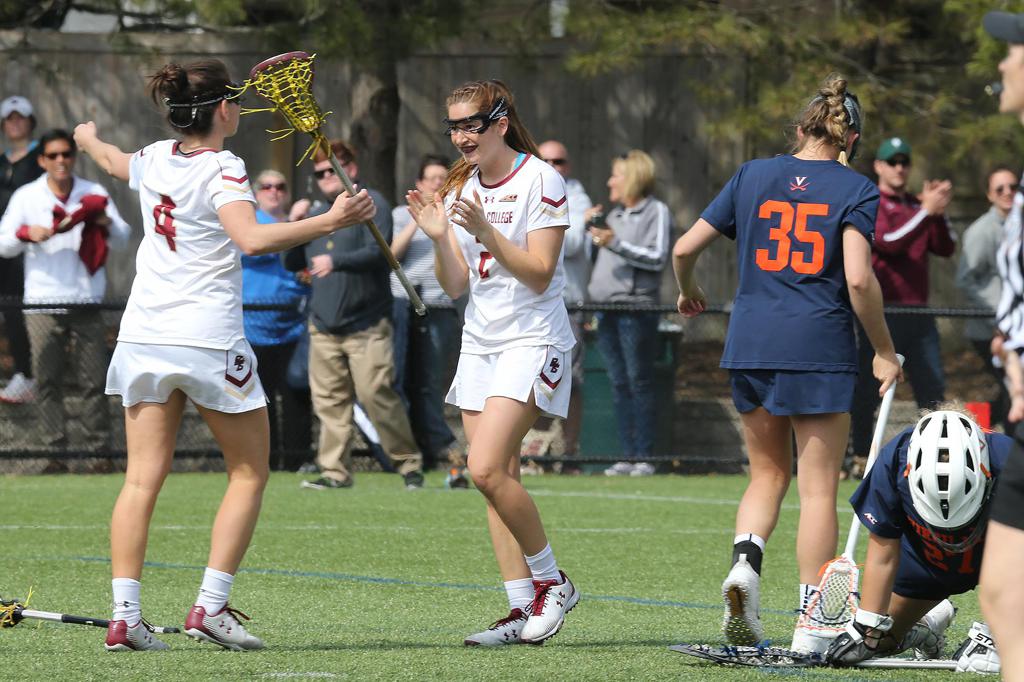 The IWLCA Division I Coaches Poll continues to be dominated by the same two teams, as the Boston College Eagles (17-0) remained in the top spot, collecting all 25 first-place votes, while Maryland (16-0) remained right behind the Eagles in the second spot. North Carolina (12-3) held onto the third spot, Syracuse (14-3) climbed into fourth, and Northwestern (11-4) bumped up to the fifth position after a 15-11 win over Notre Dame (13-3) last week, dropping the Irish into the sixth spot. Virginia (12-5), Michigan (14-2), and James Madison (14-3) remained steady at seven, eight, and nine, but Princeton (11-3) dislodged Loyola (12-4) to climb back into the top ten after beating Ivy League rival Penn (10-4) last week. The bottom half of the poll featured very little movement, and though there were no new entrants to the poll this week, Penn State (7-7) is again receiving votes after dispatching then #21 Johns Hopkins (10-6) last week.

This week features several Top-25 games as some conference tournaments get underway this week, while others are concluding their regular season slate. Stony Brook (#16) travels to Penn State (RV) on Tuesday for a non-conference match-up, and ACC tournament play gets underway on Wednesday, when #21 Virginia Tech faces #3 North Carolina, #6 Notre Dame squares off against #15 Duke, and #4 Syracuse battles #7 Virginia. The ACC semi-finals are scheduled for Friday, and the Championship is on Sunday. The Pac-12 tournament begins on Thursday, setting up a potential semi-final between #20 Stanford and #22 Colorado on Friday. Southern California (#17) waits on the other side of the bracket for a potential top-25 clash in the conference Championship on Sunday. Finally, on Saturday Johns Hopkins (#23) will travel to #2 Maryland for their final regular season Big Ten game.