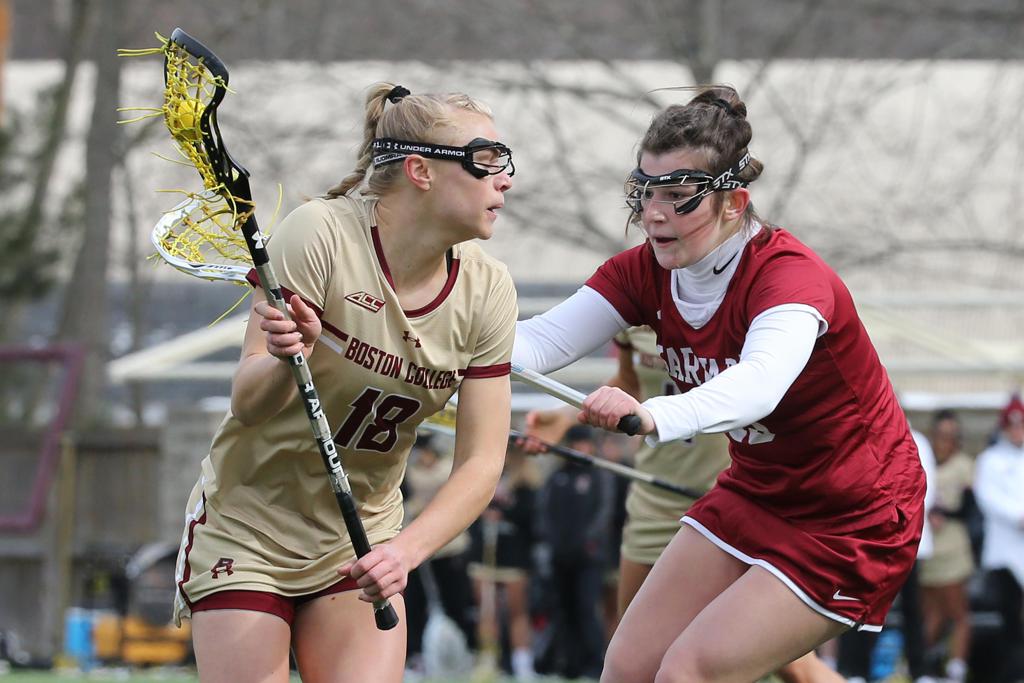 Boston College (12-0) solidified its stranglehold on the top spot the Division I Coaches Poll by knocking off another top ten opponent last week and collecting all 25 first-place votes. The Eagles took down Virginia (9-4) by a score of 16-9 and dropped the Cavaliers to eighth in the poll. Maryland (12-0) remains in the second slot, Syracuse (12-2) moved into third and Northwestern (8-3) gained a spot to land in fourth. Notre Dame (10-1) makes its first appearance of the season in the top five after beating North Carolina (9-3) by a 9-7 score to knock the Tar Heels out of the top five and into the sixth position. Michigan (13-0) slid into seventh, while Penn (8-2) dropped to ninth and James Madison (8-3) held at number ten. Dartmouth (6-3) entered the poll for the first time this season, landing at #25 and knocking Penn State out of the rankings.