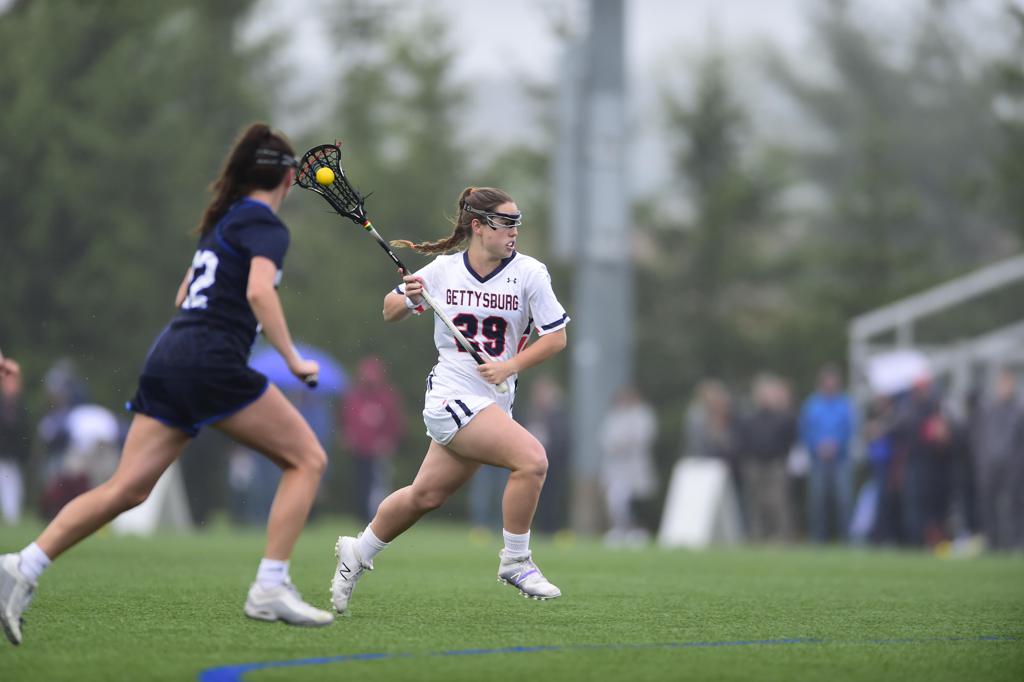 Gettysburg College (7-0) is the number one team in the  Division III Coaches Poll again this week, with 25 first-place votes. Washington and Lee (7-2), Mary Washington (9-1), Salisbury (7-1), and Middlebury all moved up a spot to round out the top five. The back half of the top-ten has a new entry as Catholic (5-2) jumped four spots to #10 after taking down Franklin & Marshall (6-2) and dropping the Diplomats to the sixth position. Tufts (7-0) and York (5-3) switched spots at seven and eight, and Trinity (5-1) stayed put. The second half of the poll remained stable with very little movement this week.

Middlebury (#5) and #4 Salisbury square off on Monday to begin another action-packed week of Top-25 action. The Gulls return to action on Wednesday when they face #6 Franklin & Marshall on the road, as does Middlebury, who squares off against #8 York. On Thursday top-ranked Gettysburg plays host to #14 TCNJ. The weekend’s games to watch include Trinity (#9) at #18 Bowdoin, #12 Wesleyan at #11 Colby, #23 Haverford at Franklin &Marshall, Amherst (#13) at Middlebury, and #3 Mary Washington at Salisbury.